Taking on the ‘Mona Lisa’ for the nth time | Inquirer Lifestyle ❮ ❯ 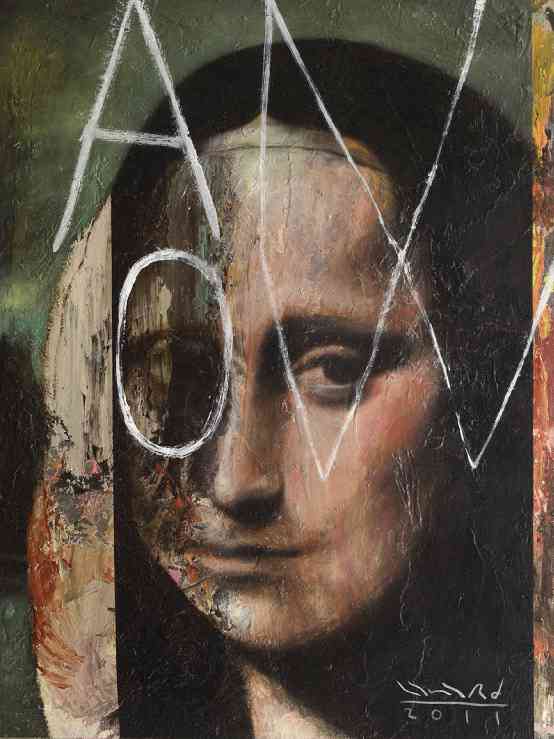 Taking on the ‘Mona Lisa’ for the nth time 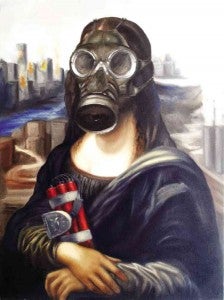 Remember seeing the defaced image of the “Mona Lisa” with a mustache and goatee? That was created by  Marcel Duchamp in 1919 in his work “LHOOQ.”

And because Leonardo da Vinci’s “Mona Lisa” was painted over 500 years ago when copyright laws were not yet in existence, it is considered to be public domain. For centuries this iconic image has been extensively exploited, replicated reproduced and reinterpreted, making it the most recognizable artwork in history, its popularity even finding its way into calendars, postcards, coffee mugs, T-shirts and other merchandise.

Others have also attempted to replicate the “Mona Lisa” in strange and unconventional ways, such as in 2010 in Hong Kong a mosaic of the image was put together using 6,000 slices of bread toasted with a blow torch to produce the desired tones; or in 2009 in Sydney where 3,604 cups of coffee were used. Other attempts were created with Lego bricks, Rubik’s cubes, sea weeds, jelly beans  and jewels.

We have our own local take on this popular image. Ongoing at the Cultural Center of the Philippines in the Small Gallery is “The Mona Lisa Project,” organized by West Gallery’s Soler Santos and curated by Nilo Ilarde.

The exhibition, participated by  57 visual artists, is a collection of various versions of “Mona Lisa”-inspired works done in a variety of media from painting, mixed media to sculpture, photography and digital print—executed in distinct styles, concerns and approaches to art.

Bembol de la Cruz, a realist painter and installation artist, paints the “Mona Lisa” within a grim backdrop of violence and doom in a commentary on war and destruction.  His “Mona Lisa,” gas-masked and cradling a contraption of explosives is rendered in faithful realism.

David Lock’s dark graffiti work employs his usual layers of grotesque forms in a confusion of lines, doodles and drips where one could make out skulls and screaming heads on a defaced “Mona Lisa” wearing a macabre look.

Jacob Lindo’s work is a clean, almost photographic rendition of a bouquet of exotic plants and flowers in gray tones partially hiding a small image of “Mona Lisa.”

Lynyrd Paras applies text to his art with letters written in white over a partially disfigured “Mona Lisa.”

Arturo Sanchez uses his trademark collage of mirrors as he breaks “Mona Lisa” in fragments within a richly intricate white frame.

Luis Santos blurs an image of a woman by utilizing the photographic technique of double exposure as he captures the moving face.

The interesting aspect about “The Mona Lisa Project” is how we are able to get a glimpse of how the artists view art and  by the way they have responded to the common ground.

Indeed, appropriation has become a valid and enriching cultural movement, with its capacity to provoke and transcend from its original context.

It has given new meaning and allows Da Vinci’s masterpiece to be still relevant in today’s postmodern world.