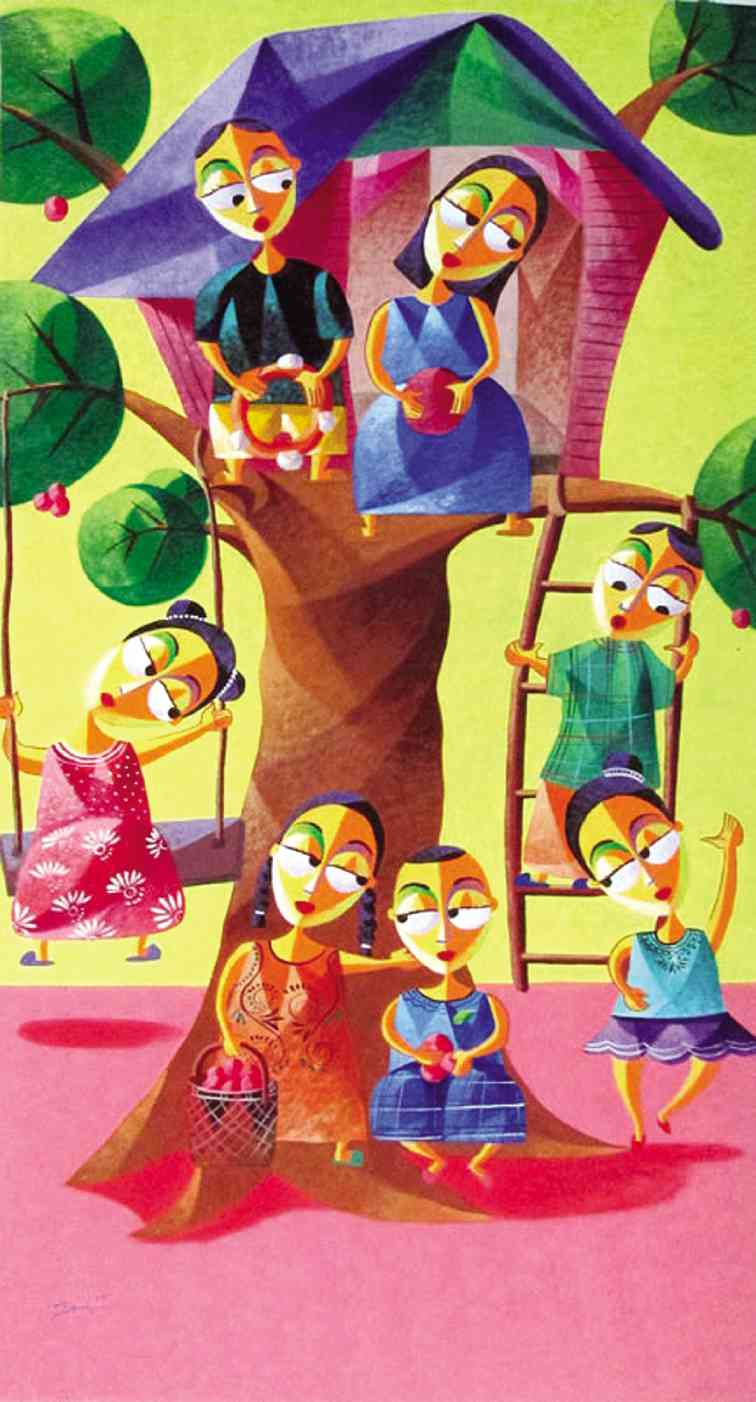 “AFTERNOON at the Treehouse,” by Jovan Benito

“Festivo,” an exhibit featuring works inspired by the festivals of the Philippines, will run July 1-14 at the concourse level of the Power Plant Mall, Rockwell Center, Makati.

In the show, organized by Galerie Joaquin, works by top-selling artist Dominic Rubio will be joined by paintings by Richard Arimado, Amador Barquilla, Jovan Benito and Aljo Pingol.

Rubio has had several critically lauded exhibitions in and around the region, including shows in New York, Hong Kong and Singapore. Renowned around the auction circuit, Rubio is one of the most celebrated visual artists today—with no less than art critic Cid Reyes to comment: “Arresting is the punctilious application of pigment and the delineation of the figures… technically adept, Rubio displays impressive workmanship.”

For “Festivo,” Rubio continues his pasyal (promenade) scenes of colonial Manila—a favorite summer pastime during those nostalgic days. Typical of his practice is the elongation of the neck of figures in period costume, against a background of famous landmarks. One fine example is that of a lady in baro’t saya walking against the afternoon sky, among other archetypes: a painting where concept and technique merge.

Arimado takes a bird’s eye view of colorful and bustling cities, with his figures looking up at the viewer. His “Old Manila Harbor” is a great example of this unique perspective, taking a corner from what is known to be one of the busiest places in the city. His attention to detail takes into consideration such distinct images as the Chinese arch and the rushing calesa.

Barquilla focuses on the coast and seascape, fashioning fantastic vistas straight from his imagination, continuing his motif of using abstracted small figures to convey large groups.

Summer optimism is immediately apparent in Aljo Pingol’s traditional folk subjects. His “Evening Promenade” shows a late afternoon journey between a father and his son. All two subjects are perpetually smiling, leading to Pingol’s lively usage of hopefulness that accompanies the twin notions of innocence and cheerfulness.

Likewise, Benito maintains her fascinating rendering with rural scenes, with abstracted figures of townsmen and animals in playful scenes of summer.