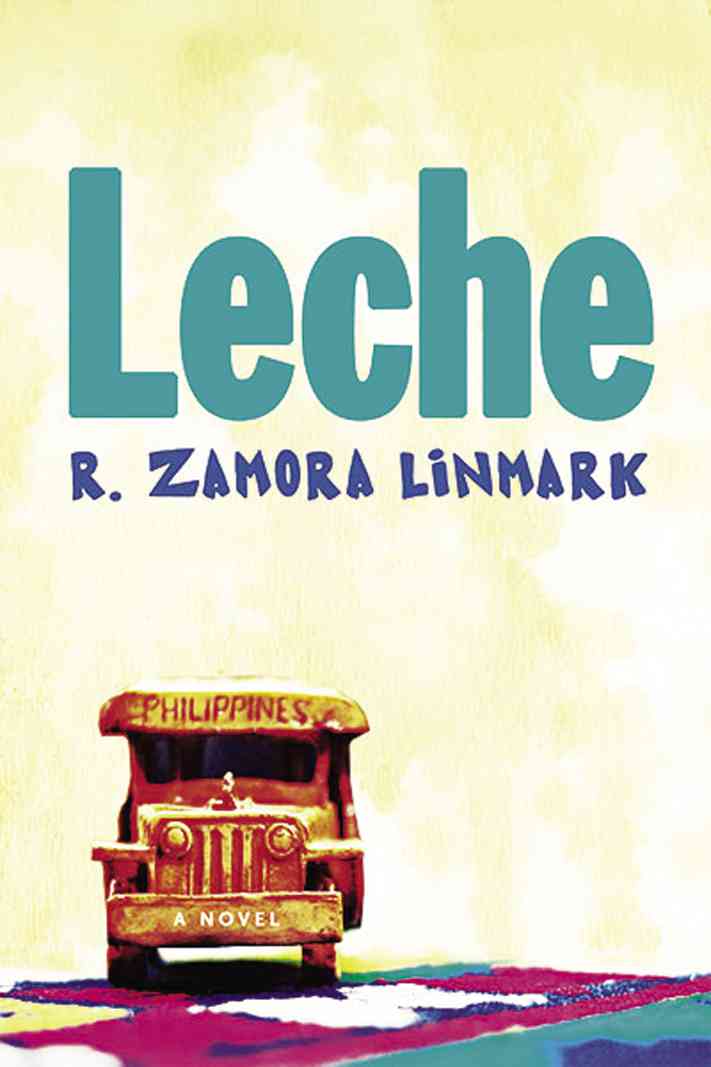 Before Hawaii-based Filipino-American novelist, poet and playwright R. Zamora Linmark had an inkling he wanted to write, he was a Theater-French double major who had dropped out of Journalism.

A few years later, he became the wide-eyed young adult, who, on his homecoming, had qualms whether he was an American or a Filipino.

Fast forward to the present, Linmark arrives at the interview venue looking laid-back, fresh, and flushed from his regular yoga class; and when he is told his latest novel, “Leche,” is getting as much attention as its predecessor, “Rolling the Rs,” Linmark’s sharp, mestizo features take on an ambivalent expression that might suggest he cares—or not.

Linmark is preparing for the Distinguished Visiting Associate Professor post at the University of Miami this fall term. Philippine-based fans will get a chance to meet the author before he leaves the country at the launch of “Manila Noir,” a collection of writings edited by Jessica Hagedorn, at National Book Store, Glorietta 1, July 6, 4 p.m.

You open “Leche” with two epigraphs—one from Dante Alighieri’s “Inferno” and the other from Jonathan Swift’s “Gulliver’s Travels.” Let’s begin with the quote from Dante: “But to draw the lessons of the good that came my way, I will describe the other things I saw.”

That’s what I tried to capture in the novel—to describe those other things that Vince, the main character, saw. Things that may or may not appeal to Filipino readers.

So, does Vince also see Manila as the “gates of hell”?

Because it’s stiflingly hot, bleak, raw, and, as in Dante’s “Inferno,” is rife with chaos, suffering, sinners, and corrupt politicians and spiritual leaders? Then, yes. But it applies to just about any city, whether it’s in progress or regress. The hell that I’m more interested in is the one that memory makes of us. The inability to forget the trauma, the loss, the betrayal—and this is what’s at the core of “Leche.”

What about the epigraph from Swift’s “Gulliver’s Travels”?

Vince is the quintessential balikbayan Gulliver. Like Gulliver, Vince travels around Manila and encounters characters and situations he deems bizarre or zany or hyperreal. But, unlike Gulliver, Vince is experiencing the city with the curious eyes of a returnee and the wounded memories of a stranger—a stranger who returns to a place that was once home, that keeps assaulting him with what was once familiar.

Was it the same for you when you returned to the Philippines?

Yes. I think everyone goes through reverse culture shock—balikbayan, OFWs, exiles. It’s unavoidable, this realization that home is now a past tense; that the Robert Frost poem I was taught to believe in had lied; that it is not that “place where, when you have to go there, they have to take you in”—because you and home and everyone else in it have changed, and the only commonality you all share is that, at one point, you once belonged to each other.

There are a lot of opposites at play in the novel. For instance, the return of Vince and the exit of the American soldiers; the identity American/Filipino; the death of Bino Boca and the rise of his protégé Kris Aquino. Then there’s Vince’s resistance to let go of the painful past and his siblings who have. 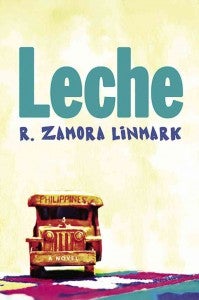 Did you intend for the book to be that way from the start—to have a lot of this tugging?

Drama is rooted in tension so this tugging that you’re referring to keeps Vince’s journey moving and interesting. I have to inject the plot with tension after tension in the form of recollections, desire, lost-in-translation moments. Otherwise, I’ll bore the reader. No, I’ll bore myself first before the reader.

Do you think, subconsciously, it has something to do with you being American and Filipino?

If you’d asked me that 10 years ago, I would have said yes. But this biracial, bicultural issue no longer interests me. I’m American. I’m Filipino. You can take them or leave them. Vince, on the other hand, is very OC about what he is and why he keeps hanging on to even the most trivial memory; and I think it’s out of fear, a fear that a lot of us have—this fear that once we let go of memory, everything will fall apart.

Yes. I was about to ask how much of you is in Vince.

Not much. The kernel of autobiography is that I, like Vince, was born in the Philippines, left for Hawaii when I was young, then returned to the Philippines after many years of absence, in 1991. Our commonality begins and ends there. Vince’s homecoming was much more happening than mine. It’s tailored for the cinema. Whereas my return was greeted by a bunch of great aunts telling me I had gotten fat, lost my fair complexion, and came home to wake up a dead volcano.

Many of the reviews say that one of the most amazing things about “Leche” is that your characters are so alive and so diverse. How did you develop them?

I took the backseat and listened to my characters. I eavesdropped on their soliloquies and conversations. I explored their desires and nightmares. It sounds schizoid, but it wouldn’t be writing otherwise.

On a lighter note, why Kris Aquino?

Along with Mount Pinatubo, she was the other big explosion in 1991, even stealing the spotlight from Imelda’s homecoming. Ms Aquino’s success had splattered all over the country. As a critic once said about Imelda: If she didn’t exist, somebody would have had to invent her. The same can be said about Ms Aquino.

Do you think you could have invented her?

A former editor asked me if she was for real. I just kept mum. But to go back to your question, in a way, I did. I had to reinvent her, or it won’t be fiction. But it was with much difficulty.

Because the Kris on TV is so good at making a spectacle of herself that one doesn’t need to stretch the imagination; she’s already outstretched it for you.  She preceded reality TV show by a decade. She brought airing dirty laundry on air to another level, so you can more or less see how challenging it was for me. One approach was to create complex situations for her, like throwing her in the midst of a traffic jam where she bides time reading Dostoyevsky.

Why call the book “Leche”?

I love the sound of the word, and its many contrasting definitions—how the word has evolved from “milk” to “devil’s spit” to a cuss word.

What about the nun, Sister Marie?

Aside from Kris, I wanted to create another strong female character. I know for certain that I didn’t want a fictional version of Cardinal Sin. That would’ve turned “Leche” into a book of parodies. But while I was doing research for the novel, I came across numerous photographs of nuns who took part in the Edsa Revolution, and it was those pictures that inspired the vigilant Sister Marie, an outspoken Benedictine nun who is as much a magnet for spiritual devotion and social causes as she is for controversy and the camera.

Given the chance, what kind of claim will you make about “Leche,” vis-à-vis other Fil-Am writers’ works?

None. I’m just glad I finished it. I didn’t care what the response was when it first came out in 2011 and I still don’t. Once the book is out there, it’s beyond my control. I’ve moved on to other projects.

But who was more relieved? You or Vince?

Probably Vince. I’m not afraid to punish my characters.

How did you come up with the use of postcards and those tourist tips?

Vince is as much a tourist as he is a balikbayan, so it’s only fitting that I include tourist tips and postcards. They also add layers to the text. The images either juxtapose or complement Vince’s mini-stories about Manila, like when he is stricken with LBM and cannot find a restroom in the mall with a clean toilet seat.

Looking back, do you think you really needed the 12 years to write this novel?

Most definitely. I had all the intellectual resources but I lacked the emotional maturity of a writer to tackle a story that’s been told over and over and is as old as Homer’s “Odyssey”—the story of the stranger returning to the motherland. It took a while to find the right language to tell Vince’s story. I was trying on all sorts of styles and structures, but the moment it clicked, it gave me the necessary confidence to get me to the next doubt.

What are you working on now?

I just finished a draft of my next novel and am researching for my next play “Bomba.”

What do you enjoy most about writing?

Those days when the hours just, well, disappear. And I disappear with them.