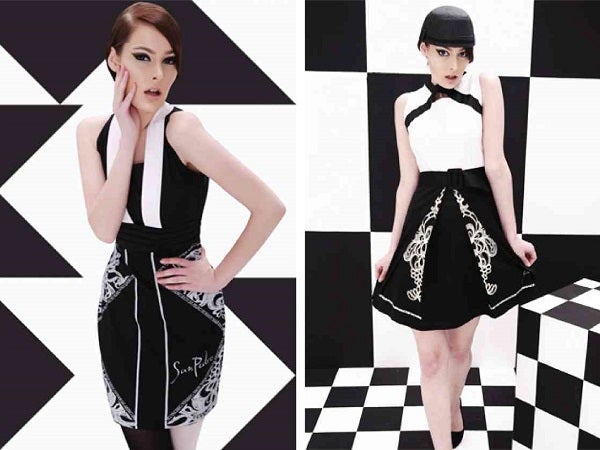 CHALLENGE: Name at least five national artists of the Philippines. This shouldn’t be hard since there are over 50 national artists in different fields like dance, theater and film, and visual arts. If you can’t name even one, then you seriously need to refresh your memory.

Or at least check with Freeway, the local fashion brand known for the National Artist Collectors’ Series—a tribute to the works of Philippine national artists interpreted through Freeway clothes and accessories. It started in 2009 and has already honored such icons as Nick Joaquin (Literature), Ang Kiukok (Visual Arts) and F. Sionil Jose (Literature).

The latest national artist to be given a tribute is composer and teacher Lucio San Pedro, who is popularly known for his lullaby “Sa Ugoy ng Duyan.”

To celebrate San Pedro’s 100th birth anniversary, Freeway released its Fall 2013 collection inspired by the national artist. It includes casual pieces that are good enough to wear in the workplace—comfy tops and stylish dresses in mostly black and white, beige and teal.

Fabrics used include satinized twills, matte charmeuse, poplins and knits, while visuals printed on the clothes are flowers (using hand-drawn lines), and titles and lyrics of some of the national artist’s orchestra pieces.

A tribute event was held at The Row in Glorietta recently and it was a celebration of fashion, music and art. A live string ensemble played San Pedro’s music. The ARS Noveau Chorale from Angono Rizal Lead School for the Arts serenaded the audience with a medley of San Pedro’s compositions.

Event host Rachel Alejandro performed several hit OPM songs (sadly no “Mr. Kupido”). To educate the public, an audio-visual presentation on San Pedro was shown, and some of the closest people to the national artist were called onstage to share stories about him.

Capping off the event was the announcement of the winners of Freeway’s Art Bag Design Contest, which had a nationalistic theme: “Fiestas in the Philippines” by Kevin Roque and “Ang Huling Babaylan” by Christine Sioco. Their designs are now printed on Freeway bags and are available in stores nationwide.

Count on Freeway to champion the Filipino talent. We’re sure it won’t be long before they announce another contest for creative individuals, or pay homage to another national artist. Mark Sablan, Contributor