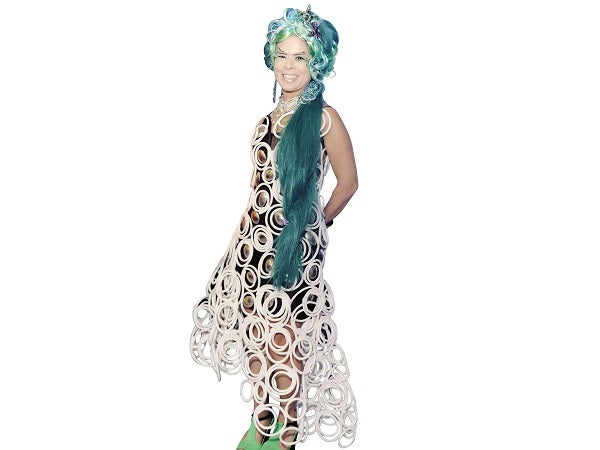 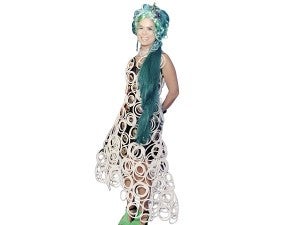 My love for the sea has been my passion for as long as I can remember. After I discovered the wonders of the underwater world through scuba diving, my passion grew even stronger.

My hubby Dennis and I truly enjoy being at the beach, especially now that our older children can scuba dive as well. It won’t be long until our youngest Athena will take bubble classes as well.

When Swatch Queen Virgie Ramos asked if we could host a party for the latest Swatch Scuba Libre Collection, I could not resist turning my home into an under-the-sea kingdom. And so came about a colossal triple celebration—30 years of Swatch, the 30th birthday of No. 1 box-office actor John Lloyd Cruz, and our 19th wedding anniversary to boot.

Call it sea-rendipity, but Dennis and I got married the same day John Lloyd was born, June 24. Scuba Libre was a great inspiration to bring it all under one theme, including a jellyfish lake, mermaid sightings, and a gigantic lionfish hovering over our pool. Ambiance stylist Pido Villanueva (check out www.ambiancebypido.com for his amazing creations) waved his artistic wand and transformed every corner of my house with his sea elements and creatures.

Pido transformed our balcony into an aquarium stage, where Alodia Gosiengfiao played mermaid muse to Billy Crawford and Luis Manzano’s seahorses. Below was a video wall and floor, where hunky actor Matteo Guidicellli hosted games for the guests.

My fave designer Rajo Laurel lent me one of his latest fashion showpieces for the affair. The intricate swirl pattern had spoon-shaped, metal appliques that reflected the dramatic blue lighting.

Ria Mackay of Total Immersion helped me source mermaids to swim in the pool, complete with colorful mermaid tails. Also in the pool were the underwater hockey friends of Dennis, competing in a death match eventually won by Chari Ongyanco, also the Philippine Women’s Team captain to World Championships in Eger, Hungary, next month.

Those who were not into the games feasted on the buffet tables, stocked aplenty by food guru Margarita Fores. Aside from her signature on-the-spot pasta, she prepared generous cheeses and hams from Italy.

It was high energy the entire party. Everyone kept playing, eating, drinking, dancing, singing and laughing—myself included as I sang a duet of “Endless Love” with the handsome birthday boy John Lloyd. We should have left the singing to sensational Zia Quizon, who opened the party earlier with her unique singing talent. Direk Rowell Santiago outdid himself with the planning and execution of the entire affair.

Of course, like at all Swatch and Sea Princess parties, the loot bags were popular. Nobody went home empty-handed, thanks to sponsors Magnolia, Watsons, Zen Zest and Bench. Dennis is already wondering what’s in store for our 20th anniversary.

Early the next day was the launch of Breeze’s Sigeland at SM Mall of Asia, where mothers and children get free goodies to encourage them to bond together and leave the strain problems to Breeze detergent. I was joined by fellow “Sige Sa Mantsa” mom Carmina Villaroel and her cute twins, who are the main endorsers of Breeze.

Shortly thereafter, I headed to the launch of a vastly different kind of consumer product: Rolls-Royce. Not much needs to be said when introducing this iconic luxury item. Willy Q. Tee Ten, president of Rolls-Royce Motor Cars Manila, was joined by Paul Harris, regional director of the British car maker, talked about the Ghost, Phantom and Wraith, the three models immediately on offer.

Willy was in good humor in discussing the ultra-luxury car’s duties paid, BIR prospects, and likely performance in Manila floodwaters. It can all be summarized along the lines of “we have nothing to fear, but fear itself,” as Rolls-Royce is not only the epitome of luxury but above-board in all its government dealings, and lastly, is quite a performance car at the same time. Given the state of our economy, I’m sure sales will be “no fear” and stellar, and I’m already looking forward to getting Rolls-Royce to sponsor the Red Charity Gala this coming October.

I actually get to do a cameo as a diwata in “Sandosenang Sapatos” on July 13, the opening day. Luckily for the show, Raquel Pareno, a real singer, fellow diwata and talented daughter of Gina Pareno, takes over for the succeeding runs. A big thank you goes to voice coach Kits Falcis, who is making sure I do justice to the singing.

Since 1987, TP has consistently pursued its goal of using theater not only to promote the artistic excellence of the Filipino artists, or just to showcase the unique aesthetics of our indigenous and folk traditions, but more importantly, to underscore the efficacy and relevance of Philippine theater as an educational tool and catalyst for human development and nation building. Support the arts and the talented artists of TP. (For tickets, call tel. 8321125 or TicketWorld at 8919999.)