‘In My Father’s House’ in Dumaguete –a homecoming for two masters of theater | Lifestyle.INQ ❮ ❯ 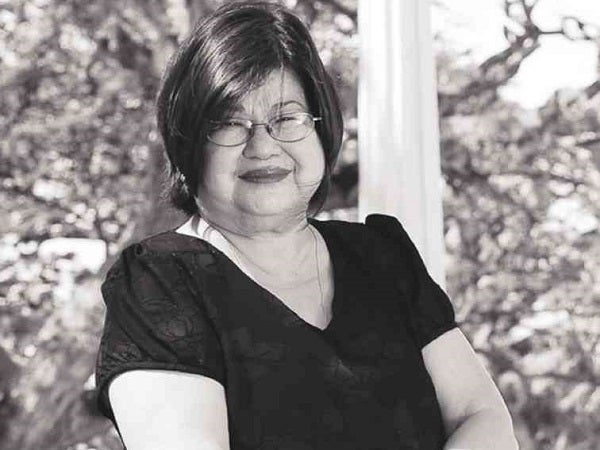 For theater director Amiel Leonardia, it must have been an interesting sort of homecoming—the kind that speaks of the beautiful symmetry of coming full circle—as he finds himself assembling on the Claire Isabel McGill Luce Auditorium stage at Silliman University the elements that would recreate a story of war-torn Dumaguete.

The play he is directing is a local production of Elsa Martinez Coscolluela’s acclaimed World War II family drama, “In My Father’s House.” It is also a virtual reckoning of his life in the theater.

He is working with set design by Lex Marcos, costume design by Carlos Villafuerte Pagunaling and technical direction by Loren Rivera—people he has worked with from his Manila theater days, particularly for Dulaang UP.

But here he was, back in Silliman campus, working with a local cast and production crew, in the city where his career in theater started in 1961 when, on a lark, he auditioned for a role in “Medea,” and landed the part of Jason.

It was the decisive turn in his life that has since seen him acting not just for theater but also for film and television, as well as directing many plays, such as the recent staging of “All My Sons.” (Once, he also directed the young, pre-star Bette Midler in a production of “Blood Wedding” in the University of Hawaii.)

CCP of the south

The Luce itself, designed by architect Augusto Ang Barcelona, was built from Leonardia’s technical specifications for large-scale theatrical productions. Since its inauguration in 1975, the theater, for which he became the first director, has since become known as the Cultural Center of Southern Philippines—arguably the biggest and best theater outside of Manila.

But the last time he had directed a play in Silliman was in March 1979, right near the tail-end of a theatrical era in the university town that had cultivated the likes of Junix Inocian, Paul Palmore, Belen Calingacion, Lu Decenteceo and Evelyn Aldecoa.

That he is directing Coscolluela’s play for the Luce seems more than apt. He first became involved with the play in 1987 when he was asked by Tony Mabesa, then artistic director of Dulaang UP, to design the set and play the role of Carlos, the father.

The production, for the UP Playwrights’ Guild, was highly regarded by audiences and critics alike, and was subsequently invited to the Singapore Drama Festival in 1988 as the Philippine representative. The play has since been staged in the US, in Kyoto, Japan, as well as in Bacolod City—but never in Dumaguete, until now.

“It is ironic that a play, written by a Dumagueteña, a Silliman alumna, about Dumaguete during the Japanese occupation, in which Silliman is featured, has been absent from the Silliman and Dumaguete theater scene,” Leonardia says. “This production finally addresses that absence.”

It is the same for Coscolluela. For her, the Dumaguete production, which is being undertaken by Silliman’s Cultural Affairs Committee, feels like “the story itself is coming home.”

Like Leonardia, this is also a homecoming for her. Before she became the vice president for academic affairs at the University of St. La Salle in Bacolod, she was a Creative Writing student in Silliman, taught by the likes of David Quemada and Edilberto and Edith Tiempo. (She was also a local beauty queen, having been crowned Miss Silliman in 1964.)

In Dumaguete, she immersed herself in creative work, and soon found herself hanging around Leonardia’s numerous stage productions—serving as script girl, gofer, makeup artist, costume manager, “or just plain miron.”

“Years later, in hindsight, I realized that this was where I learned to construct plays, develop an ear for dialogue, create character and take conflict to an intense or quiet closure,” she says.

“In My Father’s House” is a story she needed to tell of her own family and how they survived the horrors of the war: “While I was growing up, my parents hardly ever spoke about the war… They would speak in general terms about what a difficult time it was: the scarcity of food and medicines, the terrifying air raids, homes and properties being sequestered, and people disappearing or just found dead in ditches. It was a climate of want and fear. When I got married and moved to Bacolod, I learned that my father-in-law was a Death March survivor, but again, no one really spoke much about the war.”

And then during one of her parents’ visits to Bacolod, her father and her father-in-law started talking about the war. Their exchange moved her to begin writing the play, especially so when her father finally asked her to write their story. (He did not live long enough to read the finished play, which she wrote at his behest.)

The play, about the members of the affluent Santamaria family, dramatizes the dangers and the compromises common folk in Dumaguete faced during the Japanese occupation.

“It is often said that so far, this is the only major play about the war and the occupation years, ever written,” she says. “I don’t know if this is still true. But what remains true is that almost everyone who has watched it says this story resonates with their family’s experiences during the war years, both told firsthand by those who survived that period, or retold down the second and third generations.”

“In My Father’s House” goes on previews at the Luce Auditorium in Silliman University, Dumaguete City on July 17-18. It will open on July 19, 7:30 p.m., with closing performances on July 20.