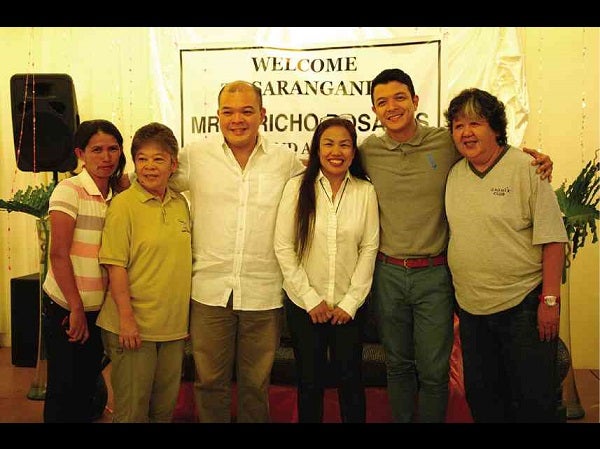 TAOID in Sarangani for the Sarbay festival. Heritage ambassador Jericho Rosales (second from right) with lawyer Rose Beatrix Cruz-Angeles, NCCA legal counsel and vice head of the National Committee on Monuments and Sites of the SCH (third from right); Adelina Suemith, Project Monitoring and Evaluation Division chief of the NCCA (second from left); and Sarangani Gov. Steve Solon

The National Commission for Culture and the Arts (NCCA) will launch Taoid, the National Heritage Month, on July 29 on Capul Island, Samar, in line with the province’s celebration of Saluka festival.

Heritage clinics will be conducted by the NCCA National Committees on Archives, Art Galleries, Historical Research, Libraries and Information Services, Monuments and Sites, and Museums.

Samar holds important heritage sites and structures such as the Saint Michael Parish Church, which was built in the 17th century; and the cobblestone watchtower in Almuraya Fortress Ruins, built in the 19th century.

Other cultural sites include the Muralla, Grand Canyon and Pergola.

Muralla is a cobblestone perimeter fence built during the Spanish era that covers a cemetery.

The Grand Canyon is a manmade space excavated in 1913, passing  Tumagingting Hill. Pergola is a cobblestone arc built in 1894 and used as passageway to the defunct Casa Tribunal.

Proclamation No. 439, signed on Aug. 11, 2003, declares the month of May as National Heritage Month (NHM) “in recognition of the need to create among the people a consciousness, respect, and pride for the legacies of Filipino cultural history, and love of country.”

NCCA spearheads the celebration of NHM. Since 2011, the NCCA Subcommission on Heritage, headed by Regalado Trota José, has made it a year-long observance, with the kick-off done around the country.

Other provinces or cities where Taoid has been launched include  Batanes, Baguio,  Sarangani, Cebu and Apayao.