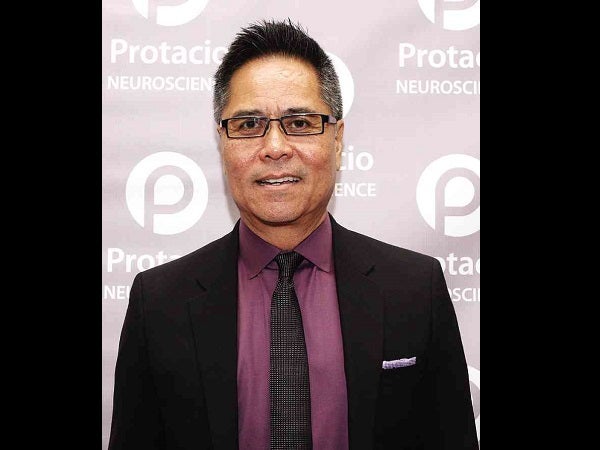 Today’s highly specialized medical world is a double-edged sword. As doctors focus more on their field of expertise, many fail to see the whole dynamic of their patient’s life.

A cardiologist inspects the heart, the pulmonologist the lungs, and a surgeon will probably find a reason to remove a body part. Rarely do these doctors consult each other about a patient’s lingering condition. More often, when one method does not work, a patient is once again referred to another specialist.

A new program launched at the Protacio Hospital aims to care for the medical, psychological and even spiritual needs of the patient.

Called the Protacio Adult and Pediatric Neuroscience Center, it is modeled after the multi-awarded Chicago-based Alexian Brothers Health System, ranked one of the best-performing systems in the US with a staff that includes top-rated doctors. Protacio Hospital is at 484 Quirino Ave., Tambo, Parañaque City.

“We have a team that collates everything, a team that talks to each other and that will become an advocate for you. This is a collaboration and coordination of care. The sensitivity of the program is to empower you as a patient,” said Dr. Renato “Nick” de los Santos, founding director of the center.

De los Santos, a US-based neuropsychiatrist, is the medical director of the Geriatric Psychiatric Hospital Program and Kane County Forensic Psychiatry in Alexian Brothers Behavioral Health Hospital. The hospital is the first in the US to be awarded Disease Specific Care Certification in four separate psychiatric specialties, earning it the Gold Seal of Approval for healthcare quality from the Joint Commission.

The neuroscience center at the Protacio Hospital is now also affiliated with the Alexian Brothers Health Systems through De los Santos and his Foundation for International Mental Health and Rehabilitation.

Aside from imparting his 28-year experience in the medical field to the neuroscience center, De los Santos ensures it is at par with world-class standards.

The neuroscience center creates a comprehensive program that involves the medical doctor, neurologist, psychiatrist, psychologist and social worker to coordinate the care of neurological and behavioral problems as well as the medical concerns of patients.

Neurological disorders include the autism spectrum disorder, ADHD, learning disability, children with separation anxiety or have truancy in school, and depression.

Because a lot of these disorders also have manifested behavioral or psychiatric symptoms, there is also a need to address this issue. The problem, said De los Santos, is the stigma associated with psychiatry. Many Filipinos are still not comfortable with the idea of seeing a psychiatrist.

He estimates about 90 percent of Filipinos with neurological disorders, especially those that carry psychiatric symptoms, are not diagnosed because they tend to shy away from treatment. It’s a cultural thing, De los Santos added, citing how Filipinos like to dismiss, say, forgetfulness, as part of growing old. Alzheimer’s dementia, for instance, is often shrugged off as part of aging even though it’s not.

Unlike in Western culture where senior citizens are still recognized as active members of a community, there is an attitude of resignation about aging in the Philippines. The elderly are placed at the sideline.

And that’s a shame, he added, because many of these disorders are actually treatable—some even curable such as dementia secondary to a low functioning thyroid or vitamin B12 deficiency. De los Santos said if doctors identify early on a neurological disorder, there are treatments to slow down the progression.

ADHD, for instance, will persist into adulthood if left untreated. He said most people with ADHD have high IQs but are underachievers because they have poor attention spans.

“Psychiatry is difficult to appreciate because you cannot show something concrete. There’s nothing to show when you do a CAT scan as these are based on manifest symptoms. We have not identified the specific genes or chromosome, but neurological disorders cluster around the families.

“Neurological disorder is not necessarily related to mental illness. This new program can educate, access and diagnose, and treat and rehabilitate patients,” he said.

The approach will also involve the family, so they would know how to cope with someone afflicted with a neurological disorder.