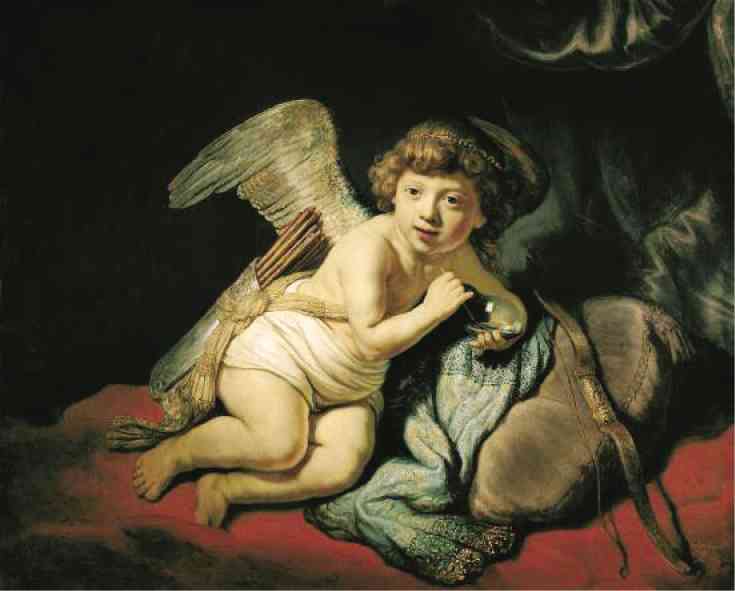 “CUPID with the Soap Bubble,” by Rembrandt Harmensz. van Rijn

West meets East as the princely House of Liechtenstein showcases its collection of paintings and artworks at the National Museum of Singapore until Sept. 29.

There are 91 finely selected masterpieces from the Renaissance and Baroque periods—paintings, prints and engravings, tapestries and sculptures.

Notable works on exhibit are “Cupid with Soap Bubble,” by Rembrandt; “Portrait of a Man,” by Raphael; “Portrait of Maria de Tassis,” by Van Dyck; “Portrait of Clara Serena Rubens” and “Head of a Bearded Man,” by Rubens; and the Pietra Dura ornate chest from the workshop of Cosimo di Giovanni Castrucci and Guiliano di Piero Pandolfini.

The family of Liechtenstein is one of the oldest noble families in Europe. It is the first time that the rare paintings and artworks from the House of Liechtenstein are being displayed in Southeast Asia.

“The presentation of this exceptional assemblage of art can be best described as a meeting of West and East,” Johann Kraftner, director of The Princely Collections, Liechtenstein, said. “The collection’s enduring allure lies with its consistent expansion and enhancement through generations of acquisitions of the highest-quality artworks.”

Complementing the Princely Collection is a display of 16 oil paintings from the National Collection of Singapore, specifically portrait paintings done during the 19th and early-20th centuries. Portraits of Singapore’s Tan Jiak Kim, Sir Song Ong Siang, and first president Yusof Ishak are exhibited along with those other monarchs, colonial governors and pioneers of the country.

The show is divided into 10 themes. “Liechtenstein Collections” embodies the taste and education of the princes of Liechtenstein and the cultural heritage resulting from European royal patronage of the arts.

The Renaissance, Baroque and Biedermeier periods are featured in three sections. Works from the early Neoclassical period are in another section.

“Themes in Baroque Art: Still Life and Genre Painting” features subjects such as flowers and landscapes.

The works of Rubens, the Flemish master of the Baroque period, are featured in “Peter Paul Rubens.”

Brueghel, the family that produced significant works during the 16th and 17th centuries, is showcased in a separate section.

Historic personalities from Singapore are sectioned in “Art of Portraiture: Historical Paintings from the National Collection.”

The exhibit is at the Exhibition Galleries 1 and 2 of the National Museum of Singapore. It is open 10 a.m.-6 p.m. daily with tickets priced at S$10.