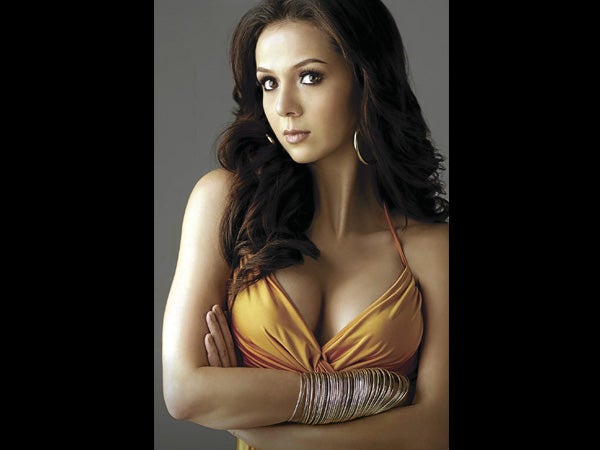 When radio personality Angelicopter (Angelica Schmeing-Cruz) was breastfeeding her firstborn, her bra size went from 34B to a cup D.

After lactation, however, she felt as if her breasts shrank.

While she was buying a bra, she asked for her usual size. However, the saleslady insisted she was an A cup.

With her ego as deflated as her chest, she asked her husband about getting augmentation mammoplasty, aka a boob job. Her supportive husband reassured her that it wasn’t necessary. Still, to ease her insecurity, she consulted three plastic surgeons, the last of whom was Dr. Lutgardo Caparas of Belo Medical Group (BMG).

In a 90-minute procedure, Caparas did an inframammary incision, a cut made in the crease under the breast. It is the preferred surgical approach, as it enables easy access for accurate dissection of the tissues and the positioning of silicone-gel breast implants. The 275-cc implants were then placed under the outer chest muscles and breast tissues.

For the next few days, Angelica had to deal with a drainage tube, compression bandage to support the breasts and slight discomfort. There were no-nos such as raising of the arms, or any physical activities for a month.

But—after 10 days, Angelica was sandboarding with her husband in La Union.

She felt the breast implants were very natural. For three months, none of her friends and relatives noticed that she had undergone breast augmentation, until radio colleague Mo Twister noticed her cleavage when she wore a round-neck T-shirt.

BMG has been performing breast augmentations for 21 years, since its inception, yet it’s only now that Belo has been going high profile.

“We have done thousands of breast jobs, but nobody wanted to admit it,” she said, except for Kris Aquino, who wanted to get a bigger cup, and model Phoemela Baranda.

“Angelica is the woman I want, and who can give a breast talk. She’s young and sexy. After giving birth, there was loss of breast volume after breast feeding,” said Belo.

“The younger generation is beach-oriented. We noticed that patients for breast augmentation range from 18-30 years old.”

During the press lunch at Myron’s Place, Belo explained that the most common candidates for this procedure are women who have small breasts, have lost bulk after weight loss, have asymmetrical chests (one breast smaller than the other), or want to improve on nature and boost their confidence.

Belo explained there are several types of implants—gelatinous silicone, saline (made of saltwater solution), and alternative fillers such as soybean oil and propylene string. Depending 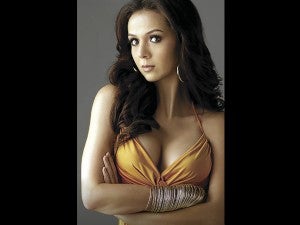 on its placement, the saline implant could deflate and collapse. It also tends to ripple under the skin. Belo joked about how a boyfriend once asked why his girlfriend’s breasts made squishing sounds.

BMG uses the McGhan cohesive silicone gel, considered top-of-the-line. It was originally used for reconstruction after a mammoplasty or cancer surgery. Today it is a popular brand for aesthetic surgery because of the wide array of shapes and projections.

She added, “The test of this implant is that they run over it with a truck, going back and forth, and it doesn’t break. If your husband or boyfriend is stronger than a truck, the silicon package may break, but the gel will stay put and not spread.”

Belo cited the common incision techniques. One method (transaxilliary) is to place the implant through a cut in the armpit. Although there is no scar around the breast, it could leave marks in the underarm. Another way (periareolar) is to make an incision around the edge of the areola, the darkened area around the nipple.

“You make a little hole in the areola and stick the implant in,” she said.

She quoted medical books as saying that this technique could pose problems in breastfeeding or loss of sensation around the nipple. Scar tissues would be difficult to treat.

The Belo Medical Group espouses the inframmamary incision, wherein the surgeon makes an incision close to the perimeters of the breasts and chest, called the inframmary fold. He then makes a pocket in which to position the implant. It is then slipped up and centered behind the nipple.

Belo explained the methods of placing the implant have an effect on the final appearance of the chest and the risks of rupture. BMG recommends the submuscular technique, wherein implant is situated behind the outer layer of chest wall muscles instead of placing it directly behind the breast tissue (subglandular).

“With Angelica, they are soft and look real. There are many reasons we at Belo Medical Group place the implants under the muscle. One, you don’t lose any sensation. Your nipples are never touched. Two, you can still breast feed. We’re not even near your glands. It’s so separated. The baby won’t get anything toxic. Three, we want to keep them beautiful for the rest of your life,” she said, guaranteeing that it was low maintenance. (Still the US Food and Drug Administration maintains, “Breast implants are not lifetime devices…. Women with breast implants will need to monitor their breasts for the rest of their lives.”)

As in any surgical procedure, there are risks of scarring, especially keloids or thick raised scars. Asians are more prone to this. Belo recommends laser skin resurfacing for post-surgical scars.

With her presence at the press conference, Belo was out to maintain BMG’s leadership. Amid the expansion of her clinics, patients still seek her presence.

“I don’t want them to say, ‘She doesn’t work anymore.’ That’s why I’m always around. I do everything from lipo to running the business. There’s so much management to do, and there’s more competition with all these new clinics.”

The 54-year-old celebrity doctor recalled that when she started BMG in her early 30s, patients shifted to her despite the fact their previous doctors were the best in the field. “I’d say, ‘They’re very good. Why transfer?’ The patients would answer, ‘She’s old!’” I am not going to let anyone say that about me. I had planned to retire at 50, but when I look at my face, puwede pa naman.”