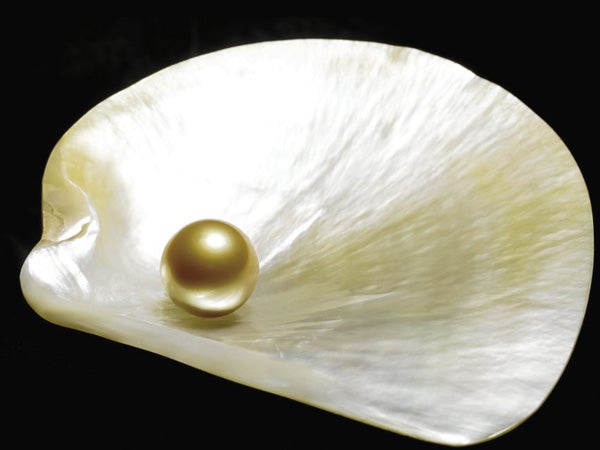 Pearl farmers take much pride in saying pearls are the most environment-friendly gems: They grow only in the cleanest and nutrient-rich waters.

It’s no accident, then, that pearl farmers are some of the staunchest proponents of marine conservation and protection. Their livelihood depends on it.

Jewelmer, the homegrown jeweler known worldwide for the golden South Sea pearl, is one such entity. Marine conservation for this company goes beyond corporate social responsibility program; it’s a way of life.

Jacques Branellec, managing director and co-founder of Jewelmer, invoked karma in his speech at a symposium on marine conservation last week .

“It applies both to your personal life and interaction with nature,” he said. “There’s no action or inaction that doesn’t generate a reaction from nature.”

The symposium at Hotel Intercontinental in Makati drew environmentalists, academics and bureaucrats. It presented the scientific paper of Dr. Kent E. Carpenter, a professor of

biological sciences at the Old Dominion University in Norfolk, Virginia, underscoring the urgent need for “conservation at the Philippine Epicenter of Marine Biodiversity.”

Carpenter was the co-author of a 2005 study that proved the Philippine Islands is “The center of the center of marine shore fish biodiversity.”

That’s not a typo error: The second “center” refers to the coral triangle, the eco-region spanning Indonesia, Malaysia and the Philippines that has the richest number of marine species in the world.

Further studies conducted by Carpenter and other scientists proved that the Philippines is the center of that center, having the highest number of species endemic to the country.

The result was a surprise. Owing to its geographic location, it was expected that eastern Indonesia would be center of the center by virtue of its proximity to the Equator. One scientist, according to Carpenter, set out to disprove the findings only to end up proving it right.

Carpenter and his team of scientists set out to answer why this is so. In summary, they have found the Philippines to have unique geological and oceanographic features, having a diversity of habitats that makes it an “area of refuge” for marine species. This proved their hypothesis that the Philippines is a “center of origin” where species evolve.

Such findings only underscore the need for more urgent measures to protect the country’s marine areas: If remained unprotected, many marine species—some possibly undiscovered by scientists—could face extinction.

Dr. Theresa Mundita S. Lim, director of Protected Areas and Wildlife Bureau of the Department of Environment and Natural Resources, also appealed to the community to join hands with the government in its efforts to protect marine wildlife.

“But over half a century of destructive practices have caused heavy degradation to our coasts and seas,” said Lim.

She added that a World Resources Institute study released this year named the Philippines one of the nine countries with “high to very high exposure to coral reef threats and dependency but low to medium adaptive capacity.”

Which means, “without immediate action to address local threats, we will gradually lose a major component of our natural life support system: our seas.”

The symposium was presented by Jewelmer with Save Palawan Seas Foundation Inc., which is co-founded by the same people behind Jewelmer: Branellec and Jewelmer president

Filipinos must understand that the Philippine epicenter of marine biodiversity is the marine equivalent of the Amazon rainforest, according to Carpenter. But in the current state, it’s overexploited.

Individuals are encouraged to do their part by signing up at projectseventhousand.org, an interactive social networking site where one can pledge to certain tasks in helping save the environment. Launched in July, it aims to get 7,000 pledges. As of now, it has gathered only 242.

“The Philippines is very privileged, but is also endangered,” Branellec said, adding it may take up to 50 years to change people’s attitudes toward the environment.

But “we can’t give up,” Carpenter said. “We have to go out and do our part.” And to Filipinos, he added, “This is your unique natural heritage.”