A boost to design and real-estate development | Lifestyle.INQ ❮ ❯ 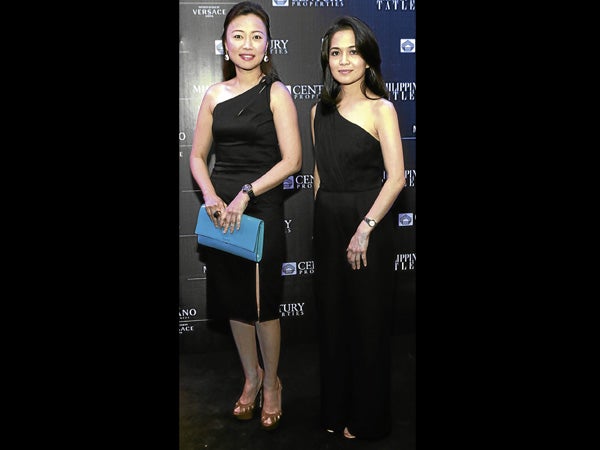 A boost to design and real-estate development 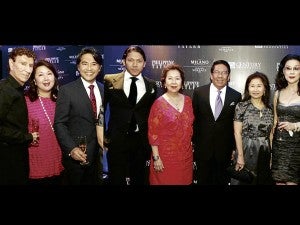 IF YOU are a real-estate player, an architect, an interior designer, or just anyone who likes to fix up the home, then good news for you is the launching of the high-end glossy Philippine Tatler Homes. The mag was launched by Tatler and Century Properties in connection with the latter’s high-end, high-rise development, Milano Residences.

Philippine Tatler Homes is the new name of Interiors. Its first edition was launched at the glamorous showroom of Milano Residences, whose opulent interiors are designed by Versace Homes, no less, dahlings.

The event got on a roll with the endless flow of chilled pink bubbly and cool Belvedere from Moët Hennessy and trays of sinful delights from the kitchen of Makati Shangri-La, natch.

The highlights were just too many to mention, but thrilled whispers that evening alluded to another Milano penthouse being sold on the market. Because of the buzz, Tessa Prieto-Valdes had to work hard to grab the attention of the excitable crowd. She gave special heartfelt words regarding the development projects. 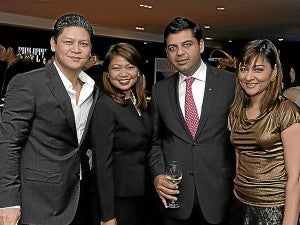 Rains amid a sizzling summer day did not stop the awesome Bench show for the Philippine Fashion Week Holiday 2011. Joining Bench were its two renowned sister brands—Human and Kashieca.

For Kashieca, in the video-mapping, vines began growing across a castle wall, then blossomed into flowers. Meanwhile, Bench was introduced with building blueprints, interior layouts and a brick wall.

“It took over a month to create the video and stage, and to synchronize, and I’m glad the one-and-a-half-hour show went on without a hitch,” Robby said with a sigh. 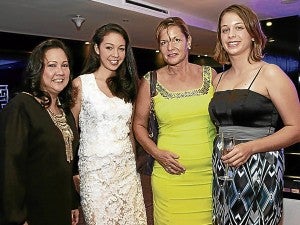 The place was packed like sardines in a tin can: Only Bench could pull off such a feat. Endless applause met Human’s cool casuals as they made their entrance. Designed by Joey Samson, they fit well the distinct personality of today’s young fashion-fluent guys and gals—minimalist, modern and trés urban.

Kashieca’s newest fragrance, Homage! by Randy Ortiz sent the crowd into an aromatic trip with a whiff of the cool scent, as models wearing Randy’s gowns took center stage.

A new collaboration had men’s wear designer M Barretto creating a line of ultra-modern and sharp tops with tailored pants and shorts for Bench.

As in most Bench shows, they always saved the best part for last, palanggas, as Bench’s 40 celebrity endorsers walked the ramp for the finale wearing the brand’s “Basics Made Better” collection and the latest wow underwear line.

Kim Chiu made her grand entrance wearing a military-green tulle skirt over her shorts and tee.

In the closing, taking his well-deserved bow was a slimmer Ben Chan, but who else, dahlings? 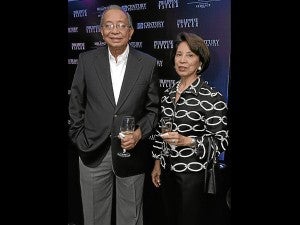 Judging from the shrieks and screams of the audience, it was a totally fantastic visual feast which was totally sooo Bench! Di bala, palanggas?

Music Connection was a grand musical competition organized by Nokia in collaboration with Star Records and Myx at the Eastwood Central Plaza.

Rock band Urbandub and singer-songwriter Kitchie Nadal sang their OPM hits. They teamed up later with the vocalists of the finalist-bands for an extraordinary number.

The excitement got to a feverish high as the audience waited for the results. Meanwhile, guests and texters took home Nokia jackets and speakers during the raffle.

Finalists were Slash N Burn; Farrington Heights; Maan Chua; Mottaka; Ginoong Vitalis; and the grand-prize winner, the Pampanga-based acoustic group Chiro Band, which received a cool P200,000, Nokia X3 Touch and Type devices for each member, a recording deal with Star Records, and take note, dahlings their very own music video to be produced by Myx, no less. Hey, not bad, huh. 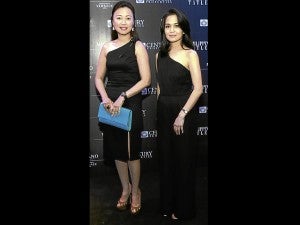 “All-chestra” will run on May 21, 8 p.m., at the Insular Life Corporate Center Auditorium in Alabang. It will featured cellist Wilfredo Pasamba, the Predis Chamber Orchestra and the Philippine Youth Symphonic Band under the baton of Jeffrey Solares, no less, dahlings.

Program includes Youth (A Symphonic Poem) by Antonino Buenaventura, Robert Schumann’s Cello Concerto in A minor, and Symphony No. 40 in G minor by Wolfgang Amadeus Mozart.