Aurea Carballo González: A romantic who wrote about love and lived it | Inquirer Lifestyle ❮ ❯ 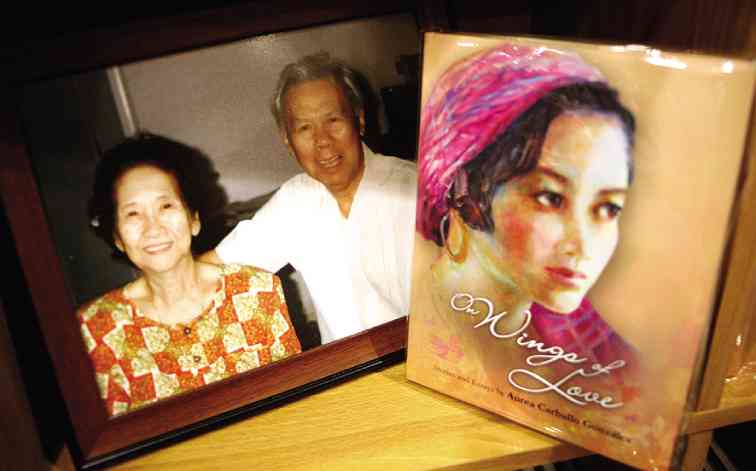 PHOTO of Aurea Carballo González and lawyer Delfin González : Devotion to home and family, and time to spare for writing. KIMBERLY DELA CRUZ

Aurea Carballo González: A romantic who wrote about love and lived it

Luminous is the life lived in the comfort of lovingly crafted words and the embrace of much-nurtured family.

This is a truth that Aurea Carballo González knew from her devotion to both. Mother and wife, teacher and storyteller, she waited until relatively late in life to publish her stories as well as her first book.

Though she passed away in 2007, her family remembered her last wish: to have a second collection of her writing published. Last July 19, the day she would have turned 100, that wish came true when the González family launched “On Wings of Love: Stories and Essays by Aurea Carballo González” at Ayala Museum in Makati City.

Because her stories had been published exclusively in women’s magazines over a long period of time, González is relatively unknown to contemporary and mainstream readers, a situation that is rectified by the publication of her second book. This is the best time to become acquainted with the life and words of González. According to the book’s afterword by daughter Jenny González, Aurea “Auring” Carballo was born July 19, 1913, in Santa Cruz, Manila, the third of six children to Don Conrado and Doña Josefina Carballo. An early and avid reader, she would sometimes be chided for propping a book on her lap during dinner. Her father encouraged her and she learned a thing or two from her mother, a natural storyteller.

She graduated with a Bachelor’s degree in Education, majoring in English from St. Theresa’s College, Manila, in 1934. She wrote the lyrics to the STCM school hymn, with music by Angeles Rodriguez-Lopez—a pressure-filled event that she would later write about in an essay titled “A Song is Born.”

While she later wrote about the elusiveness of true romance, her own life was bursting with it ever since she met indefatigable lawyer Delfin González in 1937 and married him in 1941. Together, they enjoyed motion pictures, music and, of course, lots of books. They had five children: Federico, also known as “Dickie”; Jaime, known as “Jimmie”; Jorge; Delfin Jr., known as “Chito,” and Maria Regina, known as “Jenny.”

In a 2004 essay for the Inquirer column High Blood, she wrote about Delfin: “She is married to a man who does not sit in a corner and whispers his needs. He is a perfectionist; therefore, he demands, he criticizes. Although he is generous and kind to a fault, he keeps everybody on his toes. She cannot afford to be lazy, or old, or apathetic. Yes, he keeps her on the ball as they say. Thank heaven for him.” Delfin González Sr., is several months younger than his wife and will turn 100 in June 2014.

Even as she was raising her children, González unerringly set aside the siesta hour to do her writing. She actually wrote her first short story when she was only 15 back in 1928. She continued to write whenever she could find the time, but published her first story, “The House at the End of the Street,” in Women’s Magazine in 1975, when she was already 62. That particular story ended with a tender moment that she had probably known from real life: “Quietly, my husband took my hand and his strong clasp comforted me. The tears cooled my cheeks and dried in the warmth of my smile.”

She published more stories and won prizes for them in the coming years, some in the influential Mr. & Ms Magazine. González wrote her stories under pen names, most memorably as “Freda Jayme,” a play on the names of her first two children.

Her stories were clear-eyed reflections of the circumstances of relationships, never overly sentimental or mushy. Her characters talked like real people and experienced the highs and lows of real life.

In a 2005 interview with the Inquirer, González said, “I really love writing. There’s personal satisfaction in it for me. I enjoy putting down my thoughts on paper.”

As for the love stories she’s known for, she said, “Most love stories nowadays are very physical. They’re mostly about sex and the physical aspects, but love can also be about friendship, ardor, companionship.”

She was already in her 80s when her first book, “Catch Me a Firefly,” a collection of her short stories, was published by The Bookmark Inc., in 1998. It was a moment González clearly savored.

She relived the experience when “Catch Me a Firefly” was republished in Mumbai, India, in 2003. 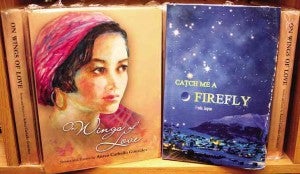 It took 15 years, but her second collection, the handsome, limited-edition hardback “On Wings of Love,” was not only the best remembrance of González as a writer, but it was also something she had long wanted. In preparation for its publishing, Jenny flew in from Canada and pored through González’s body of work for three years.

Jenny described working on the book as making up for lost time, as “it’s the closest I’ve felt of her.” Jenny characterized González’s essays as “a trip in a time machine” and said that her mother was “a weaver of short stories, a romantic and an insightful essayist.” At work’s end, “On Wings of Love” held 10 selected short stories and eight essays.

At the private and intimate launch, eldest son Dickie was the master of ceremonies. After reading an excerpt from the short story “The House at the End of the Streets,” granddaughter Miren González said she got her love for books from her lola, as well as “a legacy that is so strong” and “a zeal for life.”

The launch also reflected González’s deep generosity for the young and less privileged. Dickie said, “Mama always had concern for children,” and the family founded the Aurea Carballo González Memorial Fund for street children in Alabang, Muntinlupa City, under the care of the Tuloy Foundation Inc. Tuloy Foundation founder Fr. Rocky Evangelista, SDB, explained that “we are all inspired by lives touching other lives” and said that González “shared her life fully with her family and the children even when she was gone,” describing her life as “a blessing.” It is important to note that all the proceeds from the sales of “On Wings of Love” would go to The Tuloy Foundation. (For inquiries, e-mail [email protected])

Surrounded by the closest of family and friends, Delfin González Sr. thanked everyone for coming to “the happy event” and said: “If this were a conspiracy, I’d only be an accessory after the fact.” He went on to explain: “The major work of Auring is not the two volumes.

“She also produced what I would call a quintology of biographies.” At this point, he mentioned the names of their children. “I am glad to report that I am a coauthor with her.” Jenny told the Inquirer that had her mother still been alive, González would have been happy “to see all of her children stand up and talk about her as well as be leaders of the family.”

In his commentary on the book, literary critic and literature professor Isagani R. Cruz said: “The core of this book we are launching today consists of the love stories. These are not your usual boy-meets-girl, boy-loses-girl, boy-gets-girl stories. She created characters that are more complex than that. Boy does not always get girl nor the other way around. Her stories do not always have happy endings, at least in the way most readers understand what living happily ever after means. But many of her characters do live happily ever after, or even after.”

“We know, from the pains they took in compiling this book in honor of their mother, that the children of Aurea also love to tell stories, their mother’s stories and as we have seen today, stories about their mother,” Cruz said. “We are also told by the children that Aurea’s dying wish was to have a collection of her stories published, to follow an earlier collection.”

“In her journal, which Jenny quotes, Aurea wrote, ‘This is my book. The book of my life as I pronounced it to be.’”