4 really bad mistakes to make on the Internet | Inquirer Lifestyle 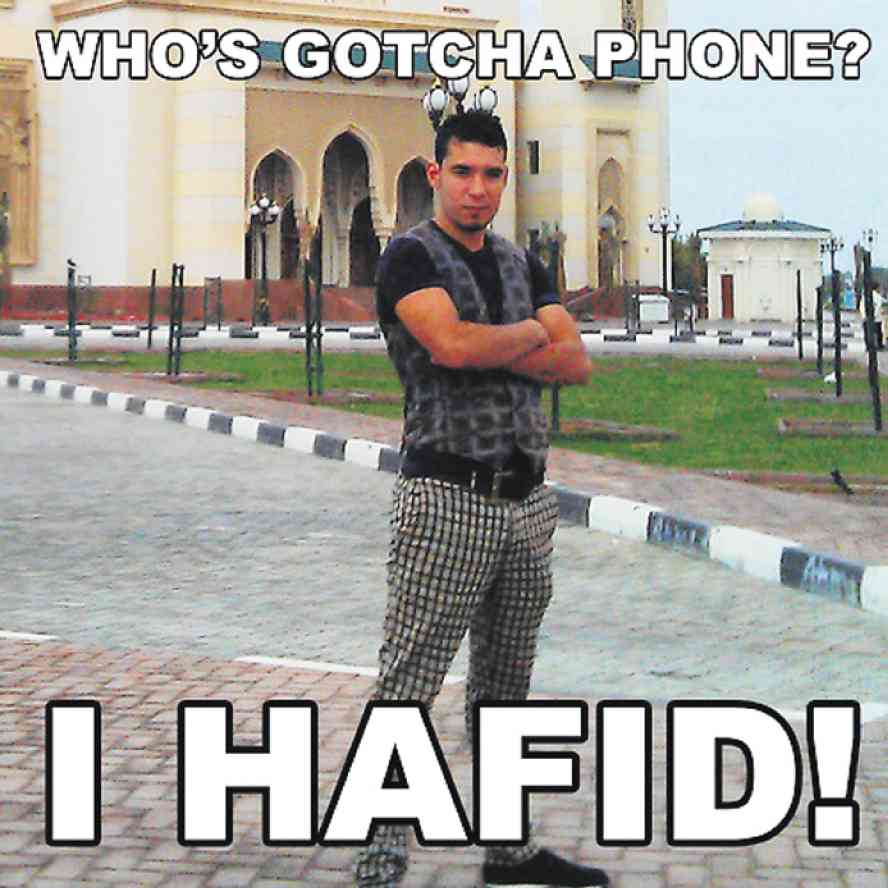 4 really bad mistakes to make on the Internet

If you’re anxious about that old MySpace account or Multiply blog with horribly embarrassing photos and testimonials from your awkward years, cheer up. There are people on the Internet right now who are looking much, much more stupid, thanks to some extraordinary dose of digital idiocy.

Steal a smartphone, forget to turn off auto-sync

A young German woman named Laura Falafel was hopelessly drunk on a beach with her friends in Ibiza when she lost her smartphone to a group of thieves. Ibiza is known for notorious crooks that hide in the sand dunes at night with night-vision goggles and wait for tourists to get distracted and leave their belongings on the shore.

Falafel et al. lost their passports and wallets and were devastated. Four months after she returned home to Germany, however, she checked her Dropbox and found 15 newly uploaded photos—selfies, drunk photos and other entertaining images—all taken by the phone thief.

Hafid, as she began calling the guy, obviously did not realize that the smartphone had an auto-sync feature.

Falafel then used the photos and started a blog about the incident, “Life of A Stranger Who Stole My Phone,” which was originally meant to be a satirical case study but now has gone viral on the Internet. You can view the blog at http://lifeofastrangerwhostolemyphone.tumblr.com.

The blog has reached over 2.5 million visits. Poor Hafid. This is probably the first vindicatory blog that has grown this popular, but it has happened before.

Allen Engstrom is an American businessman from Arkansas who got his iPad stolen on a flight from Phoenix to Denver. Later, his son was playing with another synced gadget when this woman’s dashing self-portraits appeared in the family’s photo stream. The child brought it to his mother, asking, “Mom, who is this?” The family eventually realized it was the iPad thief.

Though it is highly unlikely they will recover the iPad, Engstrom capitalized on this misfortune by uploading the photos on his websites. He told the local news station KTHV, “It’s been a continuing fountain of entertainment for me.” With photos like that, certainly the entertainment must be overflowing.

But of course, it must be frustrating to troll on these thieves and never recover the gadget. There are available apps that can provide location reports, send messages to the device and even snip a photo of the thief when he or she tries to unlock the phone’s passcode (the app for this is GadgetTrak).

A photo of the woman who stole Engstrom’s iPhone last December is still posted on the Sussex Police’s official website, and she probably has no idea.

Get into trouble at work because of Facebook/Twitter

This is not uncommon, but still noteworthy. There are just too many crazy stories about people who got fired or have been horribly made fun of because they overlooked privacy settings in their Facebook accounts.

A fashion intern once got fired for bailing on her boss for an out-of-town photo shoot, saying she had to “enroll for school with her mom.” Her boss, doubtful of her excuse because it was a Sunday, checked her Twitter account. She found her intern tweeting about having pizza with her mom (well, at least that part was true). He informed her editor, who then sought inspiration and wrote an article about it on the national newspaper.

If you ever decide to sleep with your coworkers, make sure they don’t kiss and tell. Two coworkers working for a call center company enjoyed a fleeting friends-with-benefits relationship, and when it ended, the guy—yes, the guy—started ranting on Facebook about the girl, calling her all kinds of names and even saying how stupid the company was for hiring a person like her.

Being regular employees, both were friends to or were known to coworkers. The word went around, and soon, seminars, talks and policy changes on sexual harassment and illicit relationships in the office started springing up. They didn’t get fired, but imagine the awkward moments.

Cyberbully a kid into suicide

Yup, you read it right. A 14-year-old girl named Hannah Smith killed herself after being bullied on Ask.fm, a Latvian-based website that allows anyone on the Internet to send you anonymous messages and questions.

She received messages that said “Drink bleach” and “Kill yourself.” She suffered from severe eczema. Hannah’s sister found her hanging in her bedroom in Leicestershire, England, last Aug. 2.

Last Aug. 12, sowhatsnews.wordpress.com, a local satirical news website similar to The Onion, posted a controversial article touching on the racial slurs posted by some Filipinos on social media after the Philippine team lost to Iran in the Fiba Asia Cup.

“2014 Fiba World Cup Cancelled to Avoid More Derogatory Remarks in Case of Gilas Defeat,” it said. It was meant, of course, to mock the irresponsible remarks of “racist Filipinos.” But, as usual, some didn’t quite get that message. Below are some of the comments posted on the page:

Yes, because it’s not a real article, you know that right?

UGH! Other Filipinos think they’re so perfect! Look at what you did! This was a chance of a lifetime & because of you “trashtalkers”, it won’t happen anymore. THANKS FOR BEING SO UNEDUCATED.

No, thank you for being so uneducated.

ohh pipol of the philippines please accept the fact that we’re already defeated by iranian team…wag na masyadong bitter sa pagkatalo…im not a fan of basketball team but its obviously bad image for us yung mga ginawa nyong comments to the other delegates ng FIBA Asia…goodluck na lang sa inyo grabe!!! and now your still proud to shout that you are a filipino?? ganyan ba ang filipino? well siguro nga. #disappoited

Your inability to appreciate ironic humor and critical thinking, and consequent failure to realize it’s a fake article, is what’s disappointing.