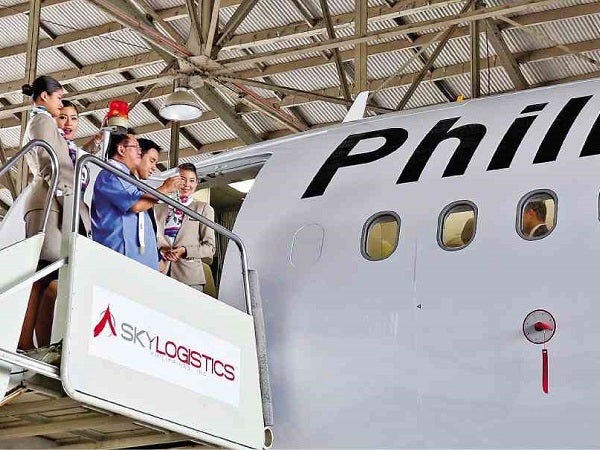 With the recent lifting of the ban to fly to Europe, Philippine Airlines (PAL) is making up for lost time.

After announcing the move to transfer all but three of its domestic routes to sister company PAL Express, the country’s flag carrier immediately expanded its fleet.

On Aug. 8, PAL welcomed the newest addition to its fleet—the Airbus A321-200 was flown from the production site in Hamburg, Germany, by a veteran crew led by pilot Roland Narciso.

The new aircraft is described as the most efficient, single-aisle jetliner ever built. It will be used for PAL’s Manila-Cebu and Manila-Davao routes which are among its busiest.

The delivery of the first A321 is part of PAL’s long-term commitment to upgrade its fleet to give passengers the best service.

PAL has placed an order for 55 more aircraft worth $7 billion—the largest aircraft purchase in Philippine history.

The new plane measures 23 feet longer than the A320 and offers a tri-class cabin. It sits 12 in business class, 169 in economy and 18 in the new premium economy class for a total of 199, making PAL the first airline in the country with tri-class seating.

“Our focus has really been on improving service. This, with other recent moves of the airline, is geared toward giving the customers what they want. If they just want a good, basic reliable service, our sister airline can take care of that. But if they want a higher level of service, then they have this one,” says Ismael Gozon, PAL SVP for operations.

While the aircraft pretty much handles like the A320, according to Captain Narciso, it is what PAL has done to the aircraft’s interiors that sets it apart from not only its budget competition but also from the rest of the fleet.

The beige-and-blue scheme is welcoming, not dour or staid. It echoes the Filipino’s warmth and hospitality. It’s also quite soothing to the eyes, a far cry from the loud colors used by other airlines.

The seats have been upgraded, their ergonomic design providing greater knee and leg room.

In business class, the seat has a 37-inch pitch and passengers can recline their seats to a full 120 degrees. (The seat pitch is the distance between the backrest of one seat and the backrest of the seat directly behind it.) Other seat amenities include a six-way adjustable headrest and extendable leg-rest.

For people who just can’t seem to fit into economy seats, the new premium economy class offers more space but with slimmer design and a 34-in pitch.

The seat pan can also slide forward when you recline the backrest, optimizing passenger space for greater comfort.

Economy class passengers will still enjoy the 30-in seat pitch.

All seats have universal sockets so you can charge your laptop or iPad during the flight, while premium economy and business class passengers have USB ports connected to their seat monitors.

Food, even on short-haul flights, is a big deal. World-renowned chef Clifton Lyles has joined PAL as corporate chef to plan a new and tasty in-flight menu.

Lyle says his goal is to dispel negative notions about airline food. His latest creation is a basil and sun-dried tomato frittata with chicken sausage. The light, peppery, sweet flavor of the basil complements the sour taste of the sun-dried tomatoes.

PAL also tapped guest chef Fernando Aracama to come up with an amazing entrée of Beef Adobo Flakes. Adobo flakes, when kept long and reheated, tend to taste “rubbery,” losing their crispiness. Aracama’s flakes are crunchy, crumbling in your mouth with a subtle sour-salty and garlicky taste.

A second A321 will arrive later this month, to be followed by the airline’s first A330-300 HGW in September. It’s an A330 wide-body variant that can fly an additional 220 km, compared to the earlier model, with a heavier payload. Picking up this plane should be an interesting adventure.