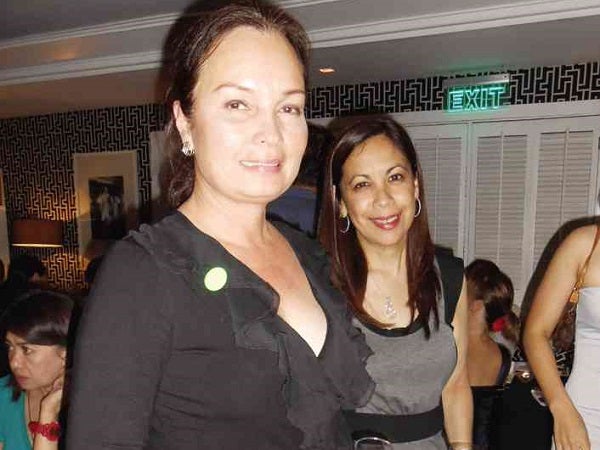 Jazz, when played by good musicians, can set us free

It was 7 p.m. and too early to go up to the second floor of Romulo Café on Jupiter, Makati City, where a special gig featuring Eddie Katindig and a jazz trio was to take place. We were famished, and the dining place downstairs looked inviting with its high ceiling and black-and-white interiors.

The Pinoy Caesar Salad, Ginataang Sigarillas with Tinapa, and Fried Lumpia were tasty and filling. The Australian red wine primed us for the show, which got us excited because it’s been ages since Eddie K last played live. When we bumped into him three years ago at the Eumir Deodato concert at the SMX Convention Center in Pasay City, he told us he had been sick and underwent surgery.

But he looked fine on this night as he walked into the restaurant, just as we were finishing our wine. “Are you going to play the sax, señor?” we asked, since he’s also known as an accomplished vibraphone player. “Yes, I will!” he said with an assured tone.

Near the door upstairs, Sandra Lim-Viray of the Philippine International Jazz Foundation (Pijazz) was giving out privilege cards stamped with “Jazz 100”—a gesture of appreciation, she explained, to the first 100 individuals who have been supporting the annual Pijazz festival. This was also the reason for this gig, she added.

Warming up the show was Cheryl Santaromana on vocals with the trio—Romy Posadas (keyboards), Colby de la Calzada (bass) and Jun Viray (drums)—backing her on “Skylark” and “Fly Me to the Moon.”

The relaxed mood was punctuated by animated conversation as Romulo’s owners, Sandie Romulo and husband Enzo Squillantini, welcomed the guests.

The buzzing sound of people talking grew uncomfortably loud, but we tried to understand that everyone here was just so glad to see each other.

One of them, actress Chanda Romero, was hugging businesswoman and artist Marivic Rufino like a long-lost sister. “We go back a long way. Marivic was the producer of my first stage play,” Chanda told us.

When Chanda saw former jazz club owner Serafin Pua, her high spirits were lifted even more. She recounted her nights-out at Birds of the Same Feather: “We brought Bobby Enriquez there!”

Next to them were former Presidential Management Staff boss Lenny de Jesus with finance man-turned-musician Russell Sobrepeña, who told us that he’ll be releasing his own record next month.

And then Margie Moran Floirendo arrived, wearing black jeans and looking as youthful as ever. She, too, had come to enjoy the company of friends and the music; we remember her walking with a few buddies into the old Harris Bar at Alabang Town Center one late night in 1996, apparently wanting to listen to some jazz.

“I don’t know what I’m doing here,” said guitarist-composer Diwa de Leon on the mic, referring to his indigenous Pinoy music. “But Sandra invited me…”

The room fell silent when Diwa started playing an instrumental number on his two-stringed guitar, the hegalong, backed by JP Hernandez on percussion. The tune was a fusion of hypnotic East and funky West sounds—symbolizing the sense of freedom that jazz connotes. Which meant that Diwa was in the right place.

When Eddie K finally strode onstage, he joked that he almost fell asleep waiting for his cue. Turning his back on the audience to signal the band, the venerable elder of the famous Katindig musical clan turned on the nostalgia button with “Moonlight Serenade.”

But it wasn’t a version that could lull you to dreamland, because Eddie knew that too much nostalgia is dangerous, and that jazz was invented to bring life to a dull existence. And that meant sprightly improvisations on his alto sax while egging on each of his bandmates with lots of facetime.

Even his cover of “The Way You Look Tonight” had an anxious tone, enough to persuade Enzo and Sandie to accede to Eddie’s invitation to dance.

Switching to soprano sax to play “Feels So Good,” Eddie had us reeling in ecstasy.

Earlier, Enzo announced that he was dedicating the show to musician Tess Salientes, who had died a few days before the event.

Speaking of Tess, her sudden death due to chikungunya—a mosquito-borne disease like dengue—shocked the local jazz community as well as the rock musicians she had known and played with for the past few years.

A graduate of the Berklee College of Music in Boston, Massachusetts, Tess left a corporate job in the US to go back home to Manila and pursue her old love, jazz. She had been playing the piano and leading a quartet in gigs around the city like the Tap Room at Manila Hotel when she fell ill.

Too bad she wasn’t able to record an album, musician Johnny Alegre told us.

Well, Johnny is technically wrong, because Tess has a limited-edition CD, recorded live at the Tap Room, that Ginny Banaag of Manila Hotel produced to promote the music that Tess loved to call “joyful jazz.”

There are 10 tracks in the CD and Tess’ performance is impeccable. With vocalist Jeannie Tiongco, drummer Jorge San Jose and the late bassist Roger Herrera, the record captures Tess in her element.

If jazz can set us free, Tess lives on in the music.