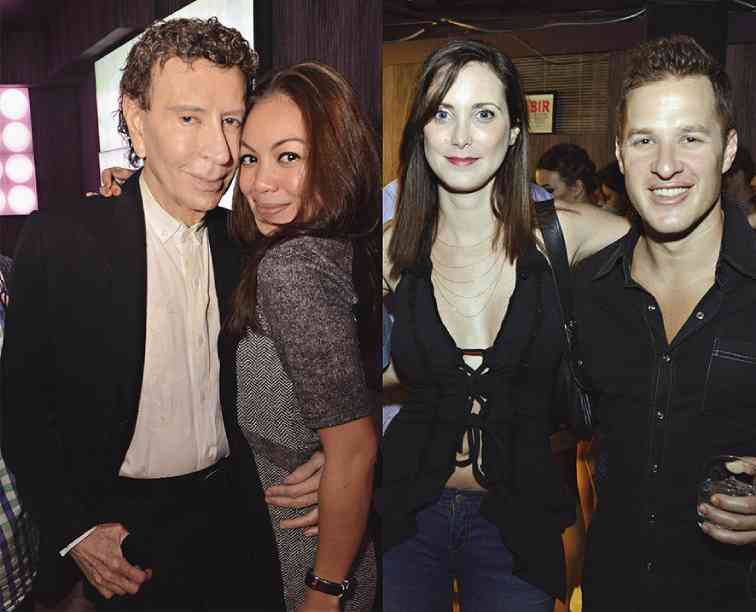 Adding to the exciting clubbing scene is the TV Ultra Lounge Makati, which had its soft opening at New World Hotel, a franchise of Clubbing TV Europe and the first in Asia.

The original club opened this year in Paris, and after Manila, it will open next in Tel Aviv and Ibiza.

The soft opening had French superstar DJ Dim Chris, the official resident DJ, a privilege that sees him jetting all over the globe. He is also a resident DJ on Fun Radio in France. He had everyone dancing to his sounds that night in the otherwise elbow-to-elbow club, dahlings.

Hotshot owners of the swinging lounge are CK Chua, Ralph Roy, Steef Uy and the main man himself, Solar’s Wilson Tieng. I’m not usually an opening-night bar-goer, but I didn’t regret going there because of the fun we had and because of our great hosts, publicists Cacay Moras and Pepper Teehankee, natch!

Another cool and fun happening was the one organized by Nokia celebrating its newest addition to the Asha famillie, the Nokia Asha 501 Dual SIM, a smartphone built on the new Asha platform.

Checking it out, I noticed that Asha has a durable removable Nokia shell and a Gorilla Glass scratch-resistant touchscreen, with a battery life of up to 26 days of standby time and 17 hours of talk time; plus WLAN that easily connects to hotspots in the malls and elsewhere.

Other pluses: 4GB memory card and 32GB for lots of space to store pictures, videos and music, etc.

“Undoubtedly, the Nokia Asha 501 combines an enticing design with performance features and a totally new way to stay mobile with Fastlane,” said Holub. “Its exclusive Fastlane has a timeline of events in the recent past, present and the near future, making it easier to start where you left off and plan ahead with just a simple swipe.”

During the launch, yoga instructors Cess Joson and Rianna Gatus treated the audience to an anti-gravity yoga demonstration.

“A good pair of sandals is a lot like a yoga mat—soft enough to cushion your every step, but with enough resistance to make sure your feet aren’t strutting on a paper-thin sheet of rubber,” said the instructors.

“It’s a ridiculously awesome pair of sandals doing exactly that while also keeping things fun, and easygoing,” they added.

“Sanuk’s newly launched Yoga Slings fall into the chic category, landing on our Philippine fashion scene, that’s made the brand world-famous. We call it ‘Beyond Yoga.’”

The instructors explained that “anti-gravity yoga is growing in popularity not just for the fun to be had while dangling from a hammock, but also because the suspended cloth significantly reduces the strain on the body. There’s zero compression thanks to the sling, and you’ll be “ooh”-ing and “ahh”-ing as you sway weightlessly in the air—just like a walk in the Sanuk Yoga Slings.”

Check it out dahlings, you’ll see what I mean that with a soft cloth wrap in various patterns adorning the sandals, Sanuk’s Yoga Slings are both fashionable and is keeping the spring in their wearer’s steps.

Now that Sanuk Yoga Slings have reached our shores, we can all have our Zen moments in style, natch.

Sanuk makes distinctively designed footwear. Taking its name from the Thai word for fun, the brand is best known for its Sidewalk Surfers, often referred to as “Not-A-Shoes,” for its patented sandal construction which allows the feet to bend and flex in natural comfort.