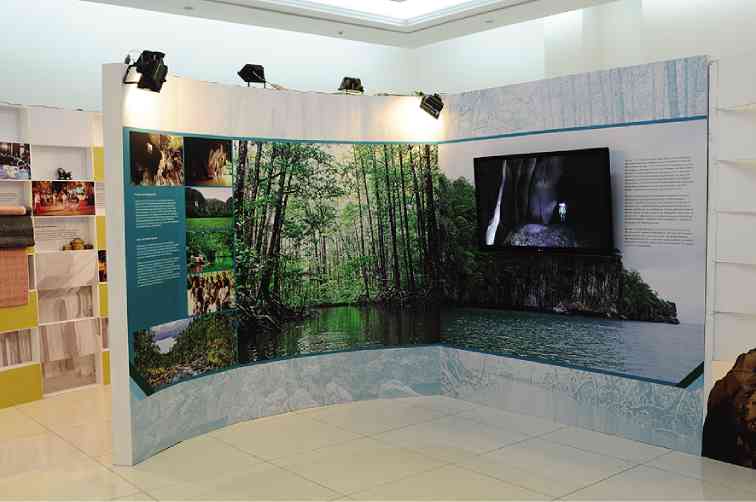 The 21 committee members are elected among the 1,400 participants from 190 states that are party to the World Heritage Convention.

The convention sets policies and guidelines for its implementation, and also to inscribe worthy nominations to the World Heritage List, which now numbers close to 1,000 properties.

This year, the 37th Session of the World Heritage Committee was held in Phnom Penh, Cambodia, with all the delegates and participants going to Siem Reap for the last two days of the meeting. There the impressive closing ceremonies were held at the Elephant Terrace in the splendid ruins of Angkor.

During the meeting, Mt. Hamiguitan Range Wildlife Sanctuary in Davao Oriental was proposed by the Philippines for inscription on the Unesco World Heritage List.

Within the area is the nesting habitat of the majestic Philippine eagle which forms an integral part of the wildlife sanctuary.

The five previously listed properties are Tubbataha Reef; Baroque Churches of the Philippines (San Agustin, Intramuros; Santa Maria and Paoay in Ilocos Sur and Norte; Miag-ao in Iloilo); the Puerto Princesa Subterranean River National Park; the Rice Terraces of the Philippine Cordillera; and the Historic City of Vigan.

Mt. Hamiguitan Wildlife Sanctuary “contains the most important and significant natural habitats for in-situ conservation biological diversity, including threatened species of outstanding universal value,” states the nomination document. “The property is home to at least 1,380 species, of which 341 are endemic.”

Despite its difficult growing conditions, the wildlife sanctuary hosts a large number of plant species that are found only on the site.

The Davao Oriental provincial government and local residents have joined forces to protect Mt. Hamiguitan Wildlife Sanctuary. Most notable is the cooperation between government authorities and the three indigenous communities of the area in conserving the property.

The World Heritage Committee requested additional technical information from the Philippines, and upon presentation and committee acceptance of the added information, the property will be considered for inscription during the 2014 meeting to be held in Bahrain.

Foremost in community-based conservation are the efforts of the people of Ifugao who have worked together to revive traditional methods of terrace preservation, an effort noted by the World Heritage Committee last year when it removed the Rice Terraces from the World Heritage “In Danger” list. Its citation recognized the outstanding community effort that revived the endangered property.

In November 2012, the Historic City of Vigan was awarded by Unesco for Best Practice in Heritage Management among all historic cities in the world. Cited again was the outstanding community-based effort which made conserving heritage in Vigan a sustainable and participatory effort of its citizens.

Contrary to what many think, the inroads made by the Philippines in conserving its national and cultural heritage have made strong impact on the global conservation scene.

Feedback and comments are welcome at www.villalonarchitects.com.