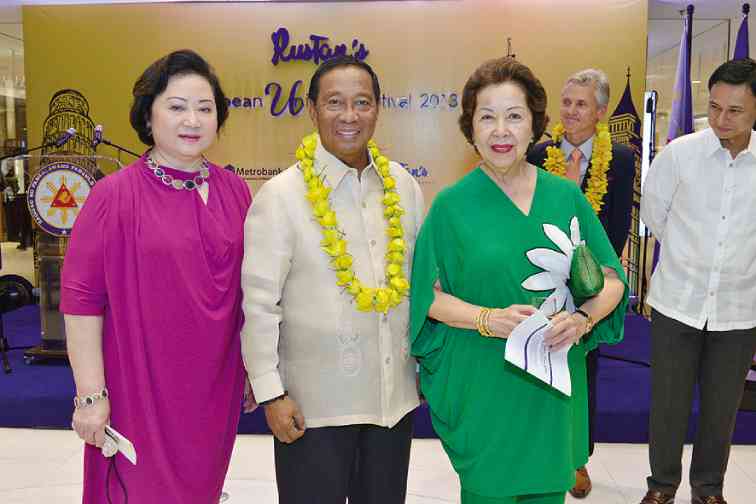 Rustan’s is celebrating the European Union Festival 2013 until the end of August.

The festival showcases the culture, artistry and craftsmanship of the Union—Italy, Spain, France, the United Kingdom, Germany, Portugal, the Czech Republic and Austria.

At its opening early this month at Rustan’s Shangri-La Tower, the guests were welcomed by Lubomir Frebort, Charges d’Affaires ad interim of the Embassy of the European Union in the Philippines, and Zenaida Tantoco, president of Rustan Commercial Corp.

At the opening, guests were shown around Rustan’s different departments, from fashion to home, each area showcasing the brands from the EU countries.

The festival activities: Italian and German Latté art demonstrations all weekends of August; cocktails (5-7 p.m.) featuring  wine and cheese from France and Spain at the Home level of Rustan’s Department Store; makeup trials and skincare workshops, featuring French brands, in the cosmetic section, during weekends.

Napolitan handmade porcelain manufacturer Capodimonte featured Devis Rossi in a talk on the fine appreciation and the detailed historical background of every Capodimonte masterpiece. There is an exhibit of signed pieces until today.

The Gran Lotteria gives shoppers a chance to win a luxury item from the participating Euro brands, with every P3,000 purchase. Metrobank cardholders will have their raffle coupons drawn exclusively.