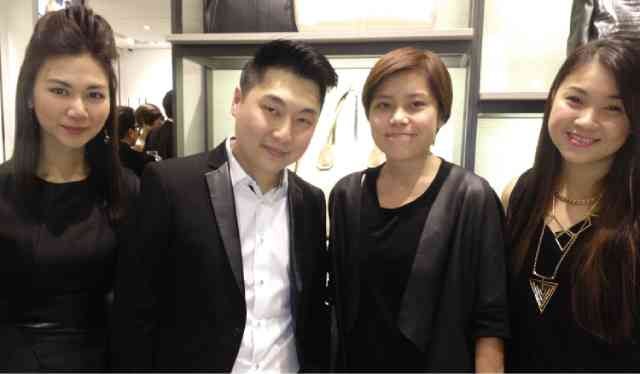 Meet the Charles and Keith behind Charles & Keith

The scene was typical of global fashion brands’ events. There were a supermodel, pop stars, actors, top bloggers and  celebrities on the front row.

There were about 700 guests, some of whom preened in front of a photo wall, or sipped champagne as they waited for the start of the runway show.

With 343 boutiques in 34 countries, and the financial backing of luxury-goods conglomerate Louis Vuitton Moët Hennessy (LVMH), Singapore’s homegrown footwear label Charles & Keith is, indeed, on its way to becoming a fashion behemoth.

Charles & Keith presented its Fall-Winter 2013 collection on the same night as the grand opening of its 170-sq-m Ngee Ann City boutique in the Lion City’s Takashimaya Shopping Center in Singapore.

“Singapore is becoming a vibrant fashion city like Tokyo and Hong Kong, [and] we feel that this is the right time for Charles & Keith to host an event in Singapore,” said Charles & Keith senior marketing executive Christine Huang.

The company’s eponymous founders, brothers Charles and Keith Wong, welcomed guests from across the region.

The brand is exclusively distributed in the Philippines by Suyen Corp. (Bench group), and has 32 stores across the country—a tremendous growth from when the Bench group acquired Charles & Keith in 2006, when it  had only three boutiques. It will open its second store in Davao at SM Lanang.

Charles Wong was only 22 when he started the brand in 1996, after having worked in his mother’s shoe store. His younger brother Keith  later joined the fledgling enterprise.

Fifteen years later, in 2011, LVMH, through its private equity arm, L Capital Asia, acquired a 20-percent stake in Charles & Keith, an investment reportedly worth over $30 million, valuing the Singaporean company at the time at $200 million.

As the brothers set their eyes on the United States and Western Europe, Charles & Keith is well on its way to becoming the “Zara” of fast-fashion footwear, with its fashion-forward styles inspired by the catwalks and made available at affordable prices.

The Wong brothers, who also own the men’s and women’s shoe brand Pedro (also distributed in the Philippines by Suyen Corp.), are not even 40 years old.

The eldest and chief executive Charles is based in Shanghai where he’s overseeing business development and the brand’s expansion in China.

The artistic Keith is the chief operating officer who’s also in charge of the creative team.

Youngest brother Kelvin is in charge of bags and accessories.

The brothers, according to media accounts, were said to have been reluctant to give in to LVMH’s months-long courtship. But they have since taken advantage of what they could gain from their association with the French conglomerate. LVMH owns the fashion labels Louis Vuitton, Dior, Givenchy, Marc Jacobs, Donna Karan, among many others.

“It has given us direction in areas where we thought we were already doing great,” Kelvin said, as he shared the company’s plans to open stores in the US and Europe. “Because of that, we’re also improving the seasonality of our collections.”

Charles & Keith is also available online in 70 markets, and will open its first store in Macau in October.

One of the key factors in the brand’s success is its speed in adopting current trends for the broader market. Some 20 styles are rolled out each week to keep its customers constantly interested, both for the main Charles & Keith label and the higher-end Charles & Keith Signature.

The brand also has eyewear, belts and bracelets. Shoes account for 70 percent of the merchandise, according to Kelvin.

“Charles & Keith’s product line and designs are also evolving, not only providing the classics, but also the fashion-forward and trendy,” said Kristine Lim, Suyen Corp.’s AVP for brand marketing. “Because of the movement toward the fashion-conscious market, the market share of the brand is also growing.”

With the Singaporean brand, “we definitely faced challenges that brought out new learnings and insights beneficial to the company,” Lim said.

And at the rate of the brand’s growth, those lessons seem to be paying off quite well, indeed.