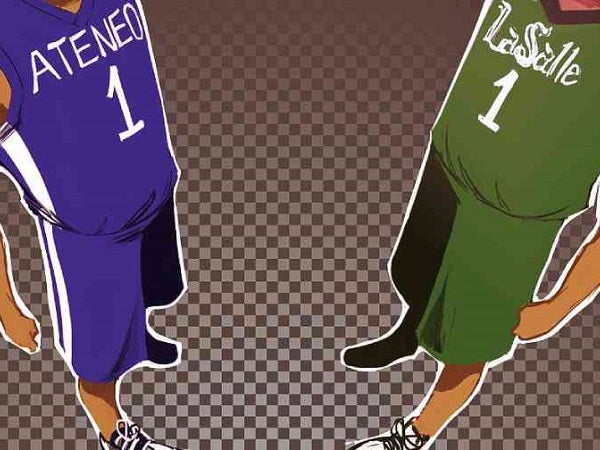 This ADMU-DLSU rivalry encompasses a broad spectrum, but it becomes more pronounced when basketball is involved.

Over the decades, much has been said about this rivalry—by Ateneans, Lasallians, and everybody else—such that it is almost impossible to understand. Then again, why pin it down, when all the analyzing, scrutinizing, and, even the mudslinging make for stimulating banter?

I believe that as far as the UAAP is concerned, basketball matches between the two schools in recent years seemed to have taken a back seat to other more exciting battles on the hardcourt. There have been far more thrilling and exciting games that deserved a little more attention.

Don’t get me wrong, that rivalry has always been present. But many might agree (or disagree) that up until last Sunday’s emotionally charged second-round match, the past few years saw a period of uncontested Ateneo domination, resulting in a string of lackluster  games.

And then Sept. 1 happened. Call it a twist of fate, a reversal of fortunes, or a mere surprise, but La Salle’s victory over Ateneo (their second this season) jolted this rivalry back to life.

There was something unusual about the energy that afternoon. Spectators came in droves, and emotions were running high. Ateneo-La Salle games are always an adrenaline rush, but the mood in the Big Dome that day was something I haven’t seen, heard, or felt for quite some time.

The memo said everyone must come in white to signify unity against the current political issues, which would have added another unique quality to the game. But most opted to come in their alma mater blue or green.

Unlike in their first round encounter, the stakes were a lot higher for this game—bragging rights, in the first place.

Second, the Eagles and the Archers found themselves locked in third place in the standings. And in a season where the race to the Final Four has become neck-and-neck, a win would bring one team closer to that much coveted Final Four slot and allow it to  pull away from the pack.

Third, the UAAP is as much physical as it is mental. With both teams slowly hitting their stride, winning this game would definitely give them the needed mental toughness in the final stretch.

La Salle emerged victorious in this encounter, but the result hardly reflected what ensued throughout the game.

The tension in the Big Dome was palpable.

For Ateneo, it was a bitter loss; for La Salle, a sweet victory. And when the dust finally settled, with both schools having proudly sung their alma mater hymns, the mayhem carried on.

As the Ateneo team headed to the dugout, a scuffle in the court side seats suddenly ensued. It drew the attention of the people streaming out of the coliseum. Honestly, there has been so many versions of what really happened that no one really knows exactly what happened, who started it, or what was said.

One thing was clear, though: Coach Bo Perasol did not take it sitting down. He was caught on video (and some photos) lashing out  at some La Salle supporters (some of whom were not exactly that young) who reportedly had  heckled Perasol and some  Ateneo players.

I believe that he could have taken the high road and just ignored such pathetic display of tastelessness. But that is always easier said than done.

His outburst nearly overshadowed the main event. It has also received mixed reactions from the public. But at the end of the day, all he did was stand up for himself and for the team.

He has since apologized for his actions. And despite his brief lack of discernment, it’s refreshing to see a man owning up to his actions and apologizing for his mistakes.