Give me the night | Inquirer Lifestyle ❮ ❯ 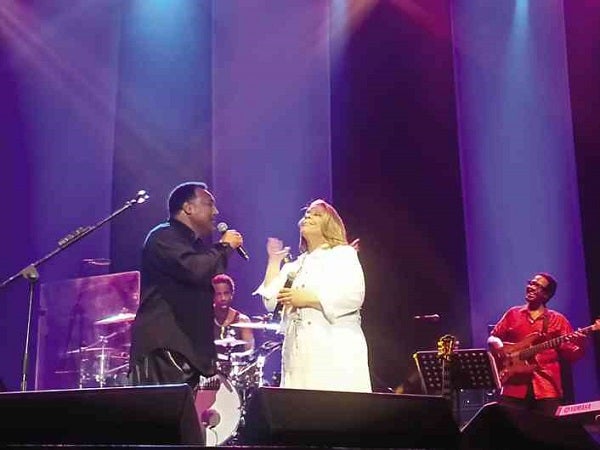 Give me the night

It’s almost midnight on a Saturday, and a crowd of college kids and young professionals is lining up to get inside XO Super Club—a new dance club in Pampanga (Km 69 MacArthur Highway, Dolores, San Fernando).

We’re with friends who live near the club, and they’ve persuaded us to check out the nightlife in this part of Luzon, about an hour’s drive from Manila.

The DJ onboard, Jhelou, plays a remixed version of “Rock the Casbah.” A few minutes later we hear the guitar intro to “Smells Like Teen Spirit.” Whoa, it feels great to hear The Clash and Nirvana being played by a DJ as Kapampangan kids warm up by drinking Red Horse and San Mig Light beer.

When dance music starts blasting and the sound of bass drums knocks heavily on our chest, some women in the crowd pull each other to the center and groove their bodies with a bit of shyness.

But a few of the girls throw caution to the winds—swinging their hips and flailing their arms like revelers in a tribal feast. The guys don’t have the guts to join the fun, content as they are drinking their beers and ogling the girls.

This is the only dance club in San Fernando, Castro tells us. “Ito ang uso ngayon eh, house music.” He adds that there are other dance clubs in Angeles near the old Clark Air Base, and the crowd at XO goes out of its way to check out these places.

As we survey the scene, we realize that the kids, who will probably be here till dawn, don’t have to go all the way to Manila to party on a Saturday night. And their parents need not worry—XO seems like a safe place with burly bouncers making sure there will be no trouble.

“Kulang pa nga sila ngayon,” Ilocos Norte Rep. Rudy Fariñas tells us when we ask if the six kids posing with him for a snapshot at the lobby of Smart Araneta Coliseum are all his children.

It’s a Thursday, the night of the George Benson and Patti Austin concert, and we’re waiting for our order of San Mig Pale Pilsen in a bar in the Big Dome lobby when we spot Fariñas.

We don’t know if the congressman’s kids—probably only in their 20s—went with him to watch two senior-citizen artists perform songs from the 1970s, ’80s and even earlier. But it’s a cool scene, a father bringing along his children to a gig that’s not contemporary pop.

And yet Benson and Austin are not really hard-to-dig performers, even as their fans like to classify them as jazz acts. Both have successfully crossed over to mainstream pop. Benson, a 10-time Grammy winner, has a hit single with “The Greatest Love of All” before Whitney Houston covered it. Austin is a favorite of a lot of high school kids in the late ’70s for her own hits like “Say You Love Me.”

Martin Magsanoc, a doctor, was probably one of those kids, and tonight he’s with some friends near the front rows. “Pare, puro senti ang mga kanta rito,” he tells us with a wide smile.

Benson, at age 70, sounds none the worse for wear. Surprisingly, he opens with his own R&B-pop hits, considering this show is part of his ongoing tour to promote his Nat King Cole tribute album, “Inspiration.”

Maybe the concert’s promoter, Renen de Guia of Ovation Productions, had asked Benson not to play too many standards, though the crowd apparently appreciates his version of “Unforgettable” near the show’s end.

But Benson has been here, in 2008 with Al Jarreau, and he pleased everyone that time by performing many of his hits. Which he again does on this night, with “Breezin’” coming in early, even as his love of jazz extends in the follow-up instrumental number where his guitar solos fly with exhilaration.

And so we marvel at an artist with such multiple talents that reach a highlight when he jams with Austin on “Moody’s Mood,” a song they originally recorded on his album “Give Me the Night.” Their version on this night peaks with some spirited scatting—a moment worth savoring like sipping fine red wine.