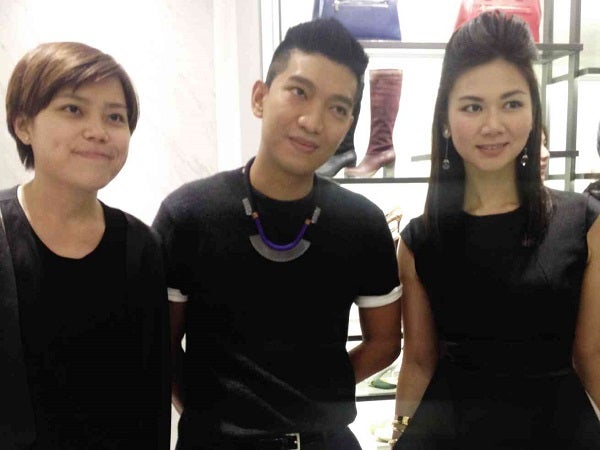 Bryanboy sends for mom to go to Singapore

His hater (strong word, but apt) will surely thumb their noses. But despite allegations by his enemies of unsavory activities just to get to where he is today, there’s no more denying the clout and credence in global fashion of Filipino blogger Bryanboy.

On Thursday, he posted a snap of a page from that day’s New York Post. It shows a big photo of him and two other famous bloggers on the front row of a fashion show. Its head reads, “The Rise of the Power Blogger.”

Two weeks ago, in the run-up to New York Fashion Week, the Singaporean footwear label Charles & Keith flew the blogger to the Lion City for its store opening in Takashimaya Shopping Center’s Ngee Ann City on Orchard Road.

Bryanboy (real name Bryan Grey Yambao) has been based in New York the past year; he was a panelist on Season 19 of the reality TV show “America’s Next Top Model,” and is managed by a top talent agency.

He gamely posed with fans and guests and chatted with Philippine guests from Suyen Corp., Charles & Keith’s local distributor. (Suyen Corp. chair Ben Chan is a friend of the blogger.)

Bryanboy said his mother also flew in from Manila to meet up with her son, whom she hasn’t seen in almost a year since his move to the Big Apple. Her son posted photos of them together on Instagram, showing mother and son bussing each other.

Bryanboy’s humble beginnings are often described derisively by his enemies.  Originally from Barangay Tunasan, Muntinlupa, he shot up in the glitzy fashion galaxy.

Since his rise to fame, however, gracing store openings and sitting at front row in major fashion shows with the likes of Anna Wintour have become commonplace for the Filipino blogger.