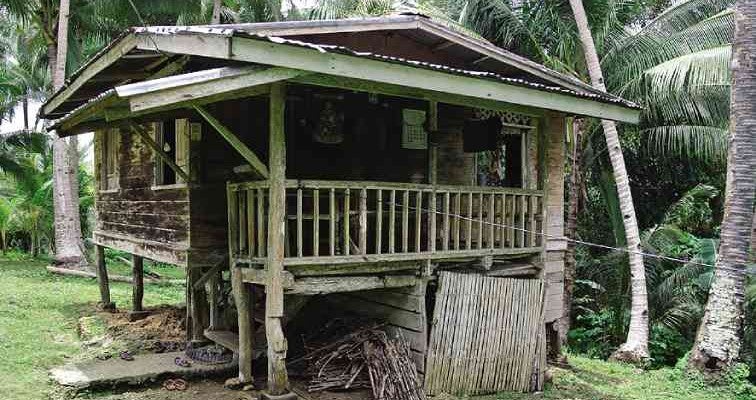 A FARMER’S house in rural Bohol

Our team is studying the possibility of integrating a national protected agriculture heritage system in the international Globally Important Agricultural Heritage Systems (GIAHS) administered by the UN Food and Agriculture Organization (FAO) based in Rome, Italy.

The GIAHS system globally recognizes and seeks to preserve significant landscapes that are a testimony to agricultural heritage, landscapes where traditional agricultural practices are still used, and that continue to contribute significantly to food production and ecological sustainability.

More important, these are agricultural landscapes that are specific to its country of origin and are also expressions of local cultural beliefs and practices.

One of the recommended sites is the landscape of ubi agriculture in Bohol. So, off to Tagbilaran we went, where Boolanons we spoke to swore  their ubi was the absolute, unparalleled best in the  country. Already that was an indication of cultural and provincial pride.

After interviewing Charito Chiu, her brother Rey Chiu, and Zen Darunday in Tagbilaran on everything ubi and ube, and catching their passion and strong cultural affinity for the food crop, we saw the multi-faceted ubi in a new (purple) light.

A distinction we outsiders did not know is that the tuber is called ubi from planting to post-harvest, and ube after cooking or processing.

Something else we did not know is that ubi is so revered in Boolanon folk practice that should a tuber be dropped, it must be kissed as it is being picked up.

Planting ubi is tedious.  Traditional agricultural and cultural practices are still followed in planting and harvesting it today.

It prefers to grow in pockets of limestone-infused soil, so that limits the places where it can be grown. Usually this is in small, family-owned plots and not in plantations.

Farmers still prepare the soil for planting using traditional methods. They prepare small hills of soil (hotok) that are less than 18 inches in diameter, covered with dried banana leaves. The leaves are burned to kill the pests in the soil, and the ash remains for a few days to mix with the soil.

After the soil absorbs the ash, the hills are cultivated, soil pulverized, and then stones, shells  and roots in the planting are removed by hand. Dry leaves are mixed into the soil, allowing them enough time to compost into organic fertilizer.

Some farmers hang a bit of seaweed on the trellis where the ubi vine climbs, to ward off any disease that may damage the crop.

It could be that because of its tedious planting process  ubi became a revered special crop significant to the Boolanon identity today. Ubi is also intricately woven into Bohol legend.

Legend has it that during a pre-Hispanic famine, wild ubi was accidentally discovered to be edible. The discovery saved the population from hunger. It is believed that since then  ubi was venerated as a “savior crop,” and its first harvest was always offered to the deities.

The first ubi harvest normally comes around All Saints Day (Nov. 1), and only after a portion of the harvest is shared with the church during All Saints Day festivities  can cooked ube be shared with neighbors returning from church ceremonies.

This ritual symbolizes sharing harvest bounty with God and neighbors first, before the farmer and his family partake of their own harvest.

The best ubi is always reserved for next season’s planting, the rest is kept for family consumption or for market, and a portion is always shared with helpers and neighbors.

Sharing of one’s harvest assures the bounty of the next harvest. Neighbors who help in the harvesting are given some ubi in return. It is also given to neighbors who do not have ubi farms. They are given tubers in exchange for a small token payment.

Each of the 12 known traditional ubi varieties has peculiar characteristics that define its special use. Some are boiled as a staple, replacing rice as an alternate source of carbohydrates eaten with meals.

Nilunaw, ubi cooked with coconut milk and sugar, is a popular merienda fare in Bohol. Maruyang ubi is another popular ubi-based snack of grated ubi mixed with sugar, flattened on  banana leaf, and fried.

However, it is the aromatic, purple kinampay variety that is prized by locals as of the highest ubi quality. It is always in high demand, and the only variety used by locals for ube jam.

Showing how special ubi is to Bohol, the Ubi Festival is held every January. The festival highlights not only its production and processing, but also the deep cultural ties  the people maintain with the tuber.

All of us on the team that went to Bohol to study ubi agriculture now kiss the ubi.