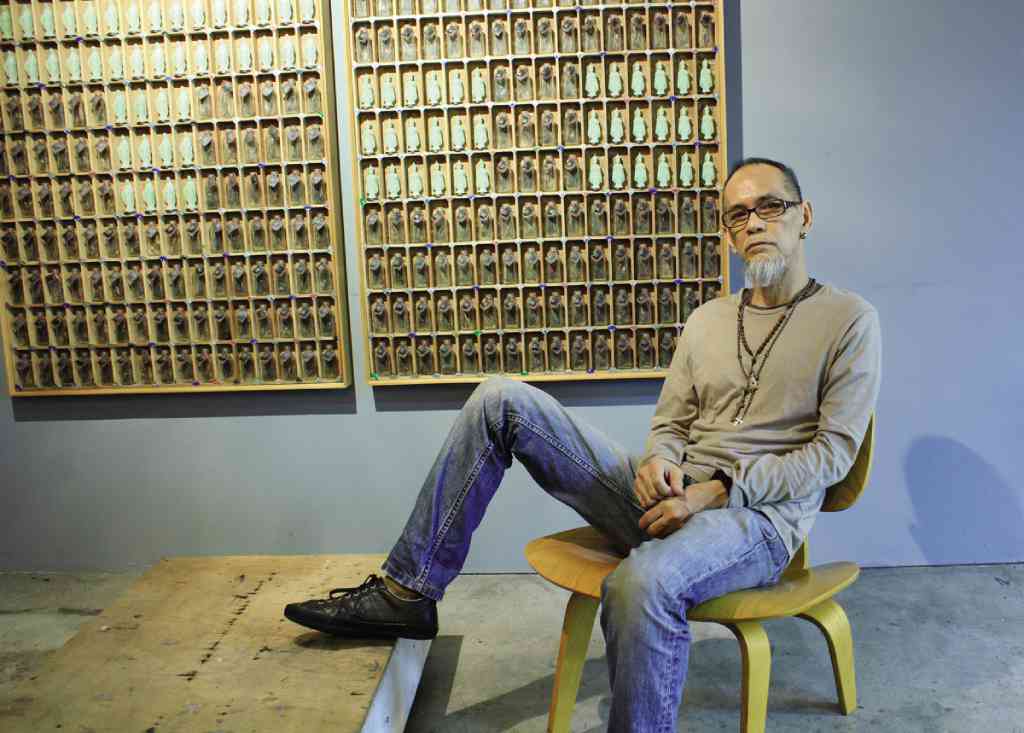 Norberto Roldan will be the only Filipino artist to be featured with a work from the Guggenheim Museum collection when the traveling exhibit, “No Country: Contemporary Art for South and Southeast Asia,” opens in Hong Kong next month.

The exhibition was first seen at Solomon R. Guggenheim Museum in New York (Feb. 22-May 22, 2013) as part of the Guggenheim UBS MAP Global Art Initiative, a multi-year collaboration that surveys contemporary art practices in South and Southeast Asia, Latin America, and the Middle East and North Africa.

In the New York exhibit, included was a work by Poklong Anading, another Filipino contemporary artist.

After Hong Kong, the exhibition will travel to Singapore.

Curated by June Yap, the exhibit draws its title from the opening line of Yeats’ “Sailing to Byzantium.” It “proposes an understanding of South and Southeast Asia that transcends physical and political borders.”

“The historical narrative of South and Southeast Asia stretches from the era of its ancient kingdoms and empires to that of today’s nation-states,” according to the exhibit notes. “The region is marked by traces of colonization, division and intervention, events and processes that are inscribed in cultural memory. South and Southeast Asia [are] also home to numerous influential faiths, religions and ethical codes, including Buddhism, Hinduism and Islam.”

In the New York exhibit, Roldan was represented by “F-16” (2012), an oil-and-acrylic-on-canvas diptych (6 ft x 12 ft), which draws parallels between the American invasion of the Philippines at the turn of the 20th century and American imperialist adventures in the new century. It shows a US fighter jet complemented by the text of an interview published in the early 20th century in which William McKinley, the 25th president of the United States, pressed for “benevolent assimilation” of the Philippines in the Spanish-American War of 1898.

According to McKinley, the Filipino people “are unfit for self-government and they will soon have anarchy and misrule there worse than Spain’s wars; […] there was nothing left for us to do but take them all; and to educate them and uplift and civilize and Christianize them.”

Roldan has a Philosophy degree from St. Pius X Seminary, Roxas City, Capiz, and a Fine Arts degree from University of Santo Tomas.