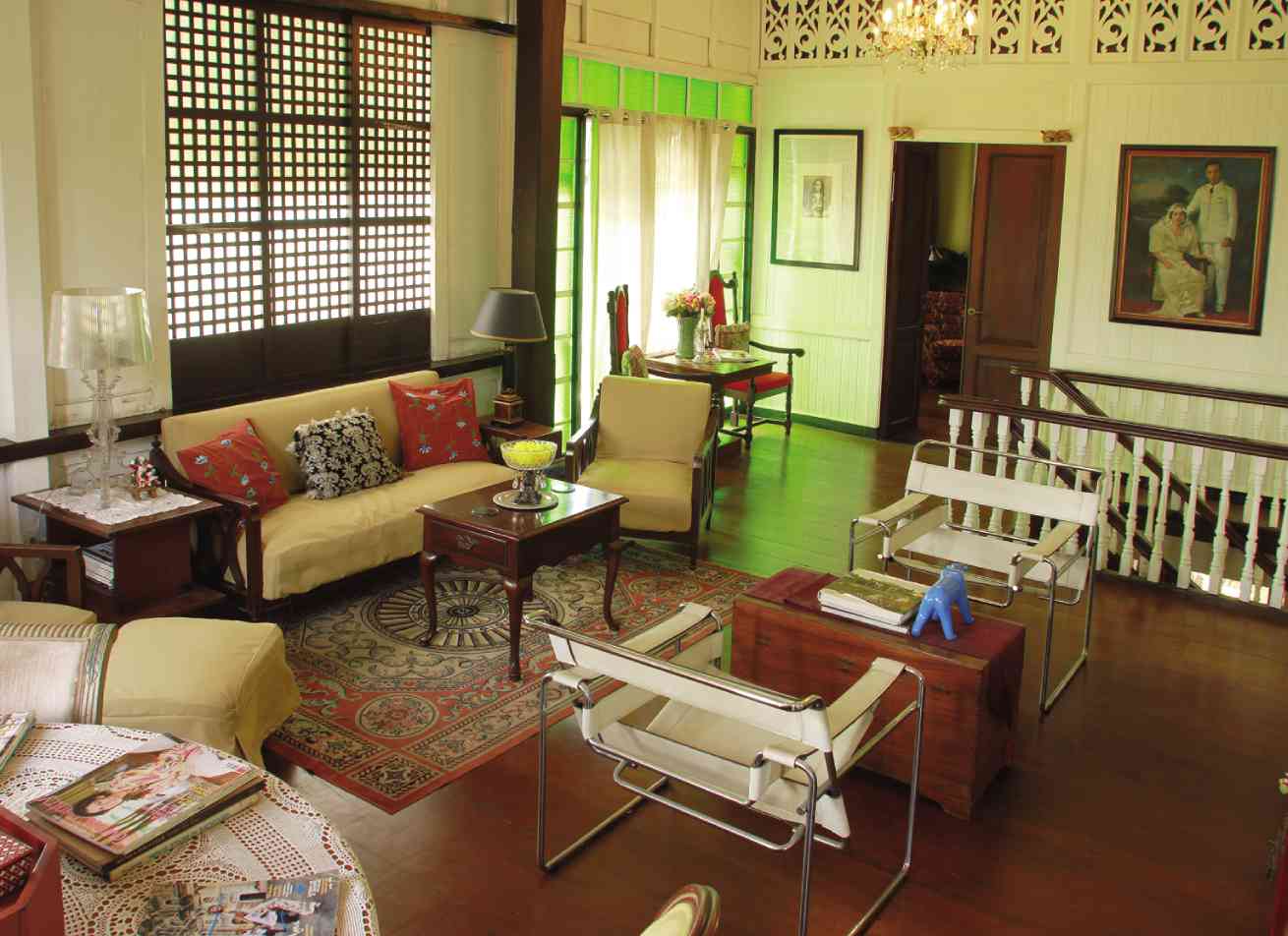 THEOPEN space is airy, bright and has no clutter.

At Villa Severina in Taal, Batangas, the traditional and the modern happily co-exist in style.

For instance, would you expect to find Marcel Breuer’s Wassily chairs and a Philippe Starck lamp in a quaint, old, but historic Batangas town?

With a degree in Architecture from the  University of Southern California, Arambulo worked for architectural companies in Los Angeles. He then moved to Singapore in 1996.

“I had my own company design group,” he says. “We did mostly hotels and resorts. Most of our projects were in Malaysia, Singapore, Dubai and India. I wanted to move back to the Philippines so I sold part of my directorship.”

In 2007, Arambulo decided to retire partially from the Miaja Design Group in Singapore. In Batangas, he revisited old haunts.

When he was a child, Arambulo would spend Christmas and fiestas in the ancestral home of his buddy, Tony Alcasid (older brother of singer Ogie Alcasid).

On a trip to Taal, he discovered a bahay na bato (a colonial house made of adobe on the ground floor and hardwood on the second floor) built in the 1870s. Although part of the stonework was in shambles, the wood was still intact and beautiful.

He bought the house and gave it a facelift by replacing the masonry, painting the rooms with bright colors and providing theme rooms.

The house was renamed Villa Severina, after the former owner, Severina Atienza.

“My design philosophy is to combine East and West, antique and contemporary,” says. Arambulo. “I did that for this house. My intention was to run it as a bed-and-breakfast. Like a boutique hotel, it should look stylish while retaining the Philippine architectural heritage.”

Arambulo kept the façade in classic white, gray and chocolate brown. He also kept the tree trunks which served as structural posts.

Although he had wanted to retain the original adobe masonry, he still had to mix in lime powder and cement for structural safety.

Villa Severina is furnished with pieces collected by Arambulo through the years from his travels. “I stick more to the mid-century, from the ’30s to the ’40s. I don’t have too many carved things,” he says.

Past the massive molave doors, the visitor is pleasantly surprised to see a contemporary sofa by Budji Layug set under an abstract diptych by Ivan Acuña.

In one section of the ground floor, Arambulo built a rustic kitchen with an antique balayong dining table from Taal as the focal point. Although the cabinets are modern, they look like traditional French windows. “I like country living,” he says.

A statue of Sta. Rosa de Lima, patron saint of Arambulo’s grandparents, stands on a wooden pedestal underneath the  yakal staircase. It is believed to protect the house.

On the second floor, Arambulo discarded the walls that divided the caida or landing area and the sala, opening up space that becomes the starting point for a relaxed, modern look. The walls are painted in pale neutral color.

In keeping with the period look, Arambulo used Marcel Breuer’s Wassily chairs, designed in the ’20s, which were made from an old chest in Taal. Their off-white leather upholstery, looking chic, highlights the red tones of the adjacent Chinese wedding cabinet on which the plasma TV is placed.

Portuguese armchairs from Singapore, which comprised a mid-century living room set from Taal, and oval-back Empire chairs are unified by their soft lines and wood tones.

A Philippe Starck plexiglass lamp lightens up the wood tones. Books on the Korean dining table serve as decor.

“I’m not into heavy ancestral antiques,” says Arambulo. “It’s the blend that makes them look interesting.”

The walls are lined with portraits, such as those of his grandparents, Luisa and José Arambulo, which greet visitors by the staircase.

The bedrooms’ design concept had been inspired by his trips to former French colonies. The Hanoi room has Asian elements—chartreuse walls and silk pillows, modern paintings by Vietnamese artists and bedspreads from India.

In the Martinique room, he recreates an island look with a sunset painting on the ceiling, a bamboo four-poster bed, floral fabrics on the bolsters and a French side table with carved legs. A trompe l’oeil of French coffers further lends a European touch.

The villa’s largest bedroom retains the Old World feel with the adobe walls and exposed trusses. The reflective surfaces of the gilt bed frame, discovered in an antique shop, and a hand-silvered metal side table provide a foil to the roughness of the masonry.

A working corner is painted with stripes of celadon and persimmon. The colors suggest Pondicherry, a heritage town in Northern India that was colonized by the French. (Arambulo says the main character in “The Life of Pi” is supposed to have come from the place.)

The ornately carved black frames made from lahar blend with the curvy silhouettes of the French writing table and round-backed chair.

“Hanoi, Pondicherry and Martinique in the French Caribbean have stuck in my mind,” the architect says. “I find them romantic and idyllic in their simplicity. Hanoi is a mix of Asian and

European culture. In Pondicherry, I was surprised to see the only French colony in India. Of all the many places I’ve visited, this one stuck because it’s where an artist would live.”

Of Martinique, he says that Napoleon’s wife, Josephine, came from there. He said the Caribbean island has many old French structures and a chateau.

Arambulo says that even in the United States, his aesthetic has always been eclectic—combining periods, styles and textures with seamless grace.

“There has to be a design intent and a  controlled selection of elements,” he explains. “The stripes on the wall can make a room feel small. But with bold colors, strong linear designs and some baroque (elements), the space becomes interesting.”

Today he enjoys life as Taal’s tourism officer. “With my architectural background, I can contribute to preserving the heritage structures and helping to promote Taal,” he says. “I am happy with this move. I enjoy showing people Taal through our eyes.”