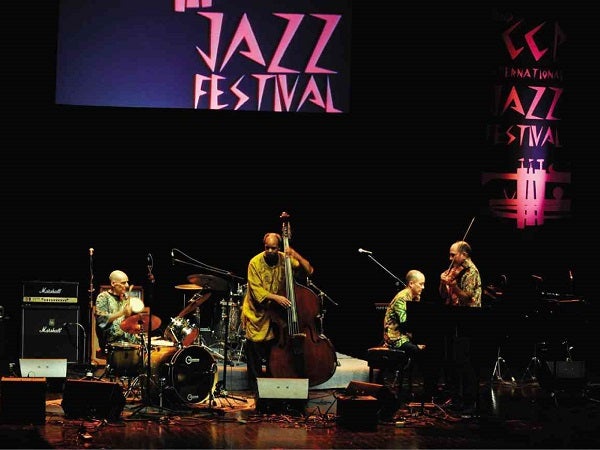 Hysteria in the Arena

When the SM Mall of Asia (MOA) Arena opened in May last year with Lady Gaga’s two-night concerts, we heaved a sigh of relief—finally we won’t have to suffer from watching gigs at the so-called MOA concert grounds which was actually a parking lot.

Pretty soon we discovered there was nightlife at the bayside, about 100 meters from MOA Arena, where one could have reasonably priced dinners and drinks before or after a show: Gilligan’s, Icebergs, The Roadhouse Manila Bay and Padi’s Point standing next to each other.

Last Thursday, the Rihanna concert gave us another opportunity to experience what it’s like to spend a few hours on a night out at the MOA complex.

A few irritants: Security check at the MOA Arena barred the use of digital cameras during the concert, a stupid idea since all mobile phones these days have built-in cameras with powerful lenses; backpacks, too, were not allowed inside, another dumb measure which, a member of SM management told us, was due to a security threat that night; and the use of paper cups for beer at the concourse bars, a practice that has been going on since the Arena opened.

When Rihanna got onstage—looking like a fashionista athlete in an all-white stylized tennis outfit—everyone fished out their smartphones and tablets to take photos and videos. We refused to leave our backpack at the venue’s gate, of course, arguing that a reporter like us would not know how to assemble a bomb which security men could detect anyway. As for the beer, we pleaded with the store attendants that San Miguel Pale Pilsen in can tastes like sh_t when poured in paper cups, we were allowed to bring in the can—but only if we put it inside the paper cup!

Fortunately Rihanna delivered a fine performance, even if her moves were peppered with unoriginal routines such as stroking her crotch, slithering like a snake, and twitching like a drunk—which had been made famous by Michael Jackson, MC Hammer and Joe Cocker, respectively.

There were moments in the early part of the show when Rihanna seemed to be conserving her voice by letting her backup singers finish the verses in the upbeat numbers. Otherwise she redeemed herself by shining through in the slower tunes and a string of hits—her sexy-bordering-on-the-raspy vocals igniting hysteria in the Arena.

It looked like her tempestuous relationship with Chris Brown had done her some good.

After the gig, we headed to The Roadhouse for a nightcap. The band onstage sucked (we didn’t even care to find out its name), although the SMB Pale Pilsen was chilled just right to bring out its bittersweet taste.

We’ve seen Blood Drum Spirit when the fest debuted also at the CCP’s Tanghalang Nicanor Abelardo (Main Theater) in 2011, although this time the quartet’s leader, drummer Royal Hartigan, dropped the interesting annotations in between numbers and played straightaway, bop-influenced tunes like the band was doing it to indulge its members’ uncompromising taste for non-radio-friendly jazz.

But that’s precisely why the CCP Jazz Fest was mounted—to give us the chance to refresh our pop-bombarded ears with music that could make our imagination run wild, with eyes closed.

It doesn’t mean, though, that pop always sounds bad; in fact it became a tool for Wang to rework Michael Jackson’s “Man in the Mirror” with sweet licks on his acoustic guitar.

Balawan was a sight to behold, playing a double-neck electric with dizzying deftness—caressing melodies and harmonies using each hand separately on each neck of his guitar.

Too bad there were only a few people who came to the opening of the week-long fest. But there’s still time Sunday, with performances by Bob Aves, the UST Jazz Band, and Blood Drum Spirit closing the event. Show starts at 7:30 p.m. also at the CCP’s Main Theater.