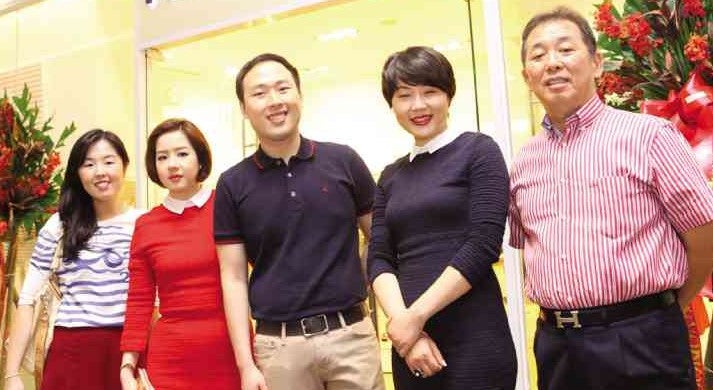 French clothing brand Petit Bateau, which has charmed generations worldwide for 120 years with chic and classic nautical-inspired apparel, has expanded its wings in the Philippines with a second branch at SM Aura Premier in Taguig City.

The occasion was highlighted by a fashion show of children and adults’ daywear from Petit Bateau’s Spring-Summer 2013 collection, dahlings.

Among those who modeled Petit Bateau’s distinctly French clothes were Kaye Tiñga’s children Kyle, Kristian and Kirk, Niña Corpuz and her daughter Stella, Donna Cuna-Pita and her children Mateo and Amara.

“Our brand’s apparel is certified by the Oeko-Tex label and guarantee complete safety and comfort even for sensitive skin,” said Jing Jin, Petit Bateau manager, no less, palangga. “People at any age deserve to feel good in their clothes. Petit Bateau creates timeless fashion that stays with people from all stages of life.”

Our town’s frequent travelers are familiar with French Sole by Jane Winkworth, who was once described by Vogue as the “Queen of Ballet Flats” for her idea of selling ballerina flats by retail.

Russel Downing, French Sole international director, flew in from London for the BGC launch. In his opening remarks, he said, “Aside from being pretty, French Sole boasts of true European quality and craftsmanship. All our materials are European-sourced, and all our flats are handmade in our factories in France and Spain.”

The shoes’ design patterns took three generations of craftsmen to perfect, and require 23 workers to make one pair of French Sole, Downing added.

French Sole is well-loved by celebrities such as Anne Hathaway, Cameron Diaz, Scarlet Johansson and Kate Moss. The late Princess Diana owned dozens of French Soles and had a longstanding friendship with Winkworth. The Duchess of Cambridge Kate Middleton and her sister Pippa Middleton are also fans of the brand.

At the brand’s BGC store opening, fashionable women like Mikaela Martinez, Stephanie Kienle and Ingrid Go could not wait to get their hands on French Sole, dahlings.