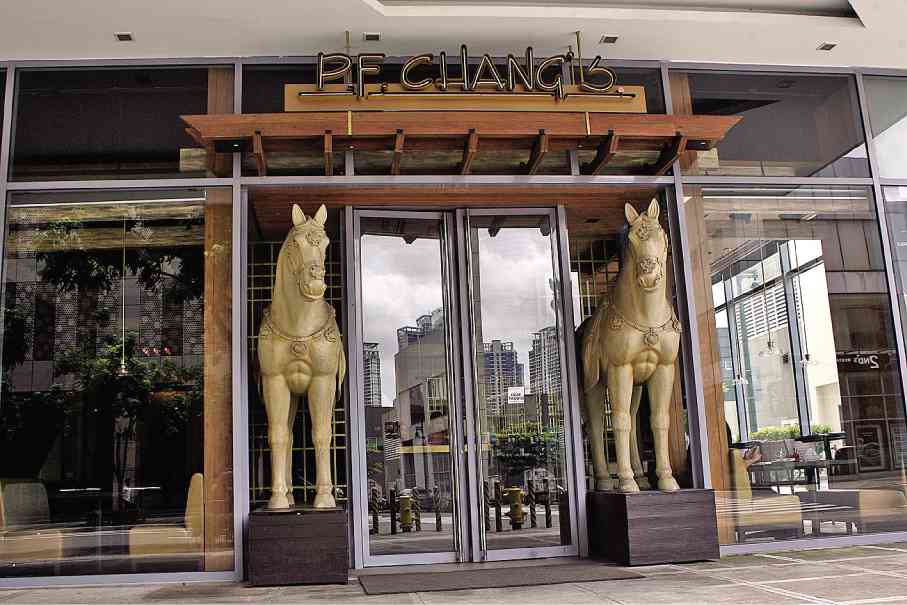 If you can’t make up your mind and want to try them all, you can go for a sampling of all its dim sum dishes by ordering the Dim Sum Platter.

In keeping with P. F. Chang’s core identity, Global has also introduced a number of items that were inspired by the restaurant chain’s classic East-meets-West positioning such as Shrimp

“For now, these new dishes are available only in the Philippines,” said Archie Rodriguez, president and CEO of Global Restaurant Concepts.

But it won’t be farfetched if P. F. Chang’s in the US soon offers a number of dishes developed by its Philippine partner. The company has always been receptive to new ideas to keep its diners interested.

This development also makes the Philippines, apart from the US, the only country where P. F. Chang’s offers dim sum. What’s more, Manila offers a wider range of dim sum choices than the US, which lists only chicken and pork dim sum on its menu.

And since a good number of Filipinos love to eat meat, Rodriguez and his team of chefs have also added Grilled Angus Flank Steak. The dish consists of a generous serving of US Angus steak, grilled, sliced and served with hoisin-glazed peaches and Chinese eggplant.

Chicken lovers also have an option with the new Cantonese-style Lemon Chicken. Consisting mainly of deep-fried chicken breast, the dish is served with broccoli and a sweet-sour citrus sauce.

The latter, which is part-turon and part-apple pie, consists of several crispy spring rolls with juicy Granny Smith apple filling topped with caramel sauce and served with vanilla ice

If you want something lighter, you can go for Constantino Affogato, which is a scoop of vanilla ice cream paired with a shot of freshly brewed espresso and cinnamon syrup.

Global originally had 35 dishes to present to P. F. Chang’s head office in Arizona. After almost two years in the restaurant scene, and with a third branch in Quezon City in the works, it needed new items either to add to its original menu or replace slow-moving ones such as lamb.

Rigo Rubalcava, culinary director of P. F. Chang’s, flew to Manila to meet with Rodriguez and his chefs and try the proposed dishes himself. He brought the number of dishes down by approving only 22.

When it was Rubalcava’s turn to present the dishes based on Global’s recipes to top management in Arizona, the number was further trimmed down to 16. No dish is served or added to the restaurant’s menu even for a limited time without prior approval.

“When it comes to running a restaurant, bringing a foreign brand to the Philippines is not as easy as it seems,” Rodriguez said. “Apart from keeping tabs on what items are moving, and what items are slow, we listen carefully to the market by constantly researching, developing and introducing new dishes that cater to diners’ changing taste.”