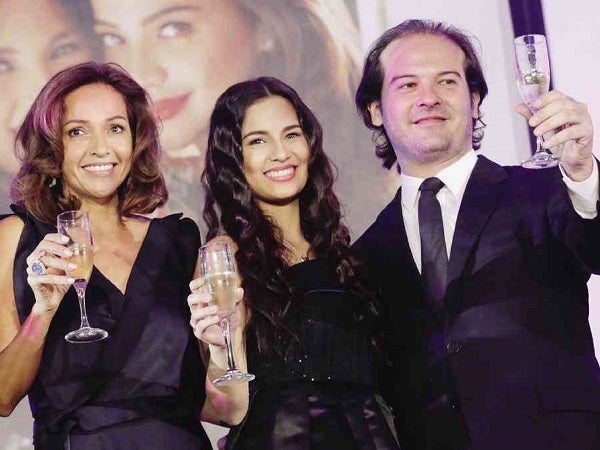 Why Maricris Zobel and Valeria Aboitiz decided to bring in Hola!

If any more proof was needed that the country has arrived and is now part of the inner circle, consider the recent launch of Hola! Philippines.

Hola! is the weekly Spanish-language magazine specializing in celebrity news published in Spain and 13 other countries. It is also the parent magazine of Hello! that is known for featuring European royalty like the late Princess Diana and now her daughter-in-law Kate, the Duchess of Cambridge, among others.

“Maricris (Cardenas Zobel) and I are very familiar with Hola! so when we were approached by the Spanish publishers, we thought the time was ripe for the Philippines to have its own version. The opportunity presented itself to us,” Valeria Cavestany Aboitiz said.

The two ladies are the magazine’s principals although Aboitiz, the well-known artist, was unable to witness the festivities.

In an e-mail interview with the two after the launch, they talked about why they decided to bring in the magazine, how they plan to set Hola! apart from other entertainment magazines and what readers can expect in succeeding issues.

The well-respected artist is known to value her privacy. Why then did she think publishing the magazine was an opportunity worth taking?

“Do you think it is paradoxical to join Hola! and have the desire for anonymity as a person?” Aboitiz asked. “One of the reasons I joined Hola! is to promote Philippine visual artists to the status of celebrities. It is not an Hola!-tested formula but with a vertiginously changing world, it can be done and we will entertain with an ample spectrum of interesting people, witnessing the changing of times,” she added.

To prove her point, she recalled how a 2010 exhibit of her work at Finale Art Gallery was titled “Let Me Entertain You” and featured several paintings as well as a menagerie of fiberglass safari animals in crayon-bright colors, some of them lit from within.

How does Hola! intend to set itself apart given that there are other more entrenched entertainment magazines published locally?

“Hola!’s formula is based on visuals more than text, so there are big and beautiful photos strategically laid out to make it look like a family photo album,” Zobel said.

Since Hola! and Hello! are known for featuring royalty, Hola! Philippines will look into Asian monarchs such as those in Thailand, Malaysia and Brunei.

“In the Philippines, because we do not have a reigning monarch, we will feature individuals who are considered ‘royal’ in their respective industries, be it in show business, the arts, sports or design,” Zobel said.

Aboitiz says she is in it for the long haul.

“Within the next five years, Hola! will be the go-to magazine for all the information Filipinos need about living the good life, how to celebrate, and how real celebrities live it up. It’s still too early to tell if we can transform the magazine from a monthly to a weekly one, but we believe that each issue will be eagerly awaited by its readers,” she said.

“There is no limit what you can accomplish if you don’t care who gets the credit,” she added.