Vigan, city of beauty –and how it survived the war | Lifestyle.INQ ❮ ❯ 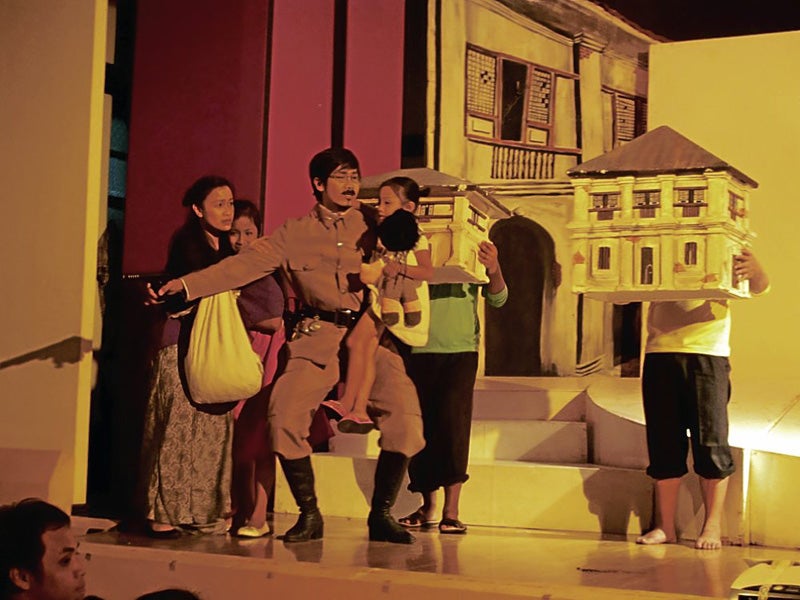 Vigan, city of beauty –and how it survived the war 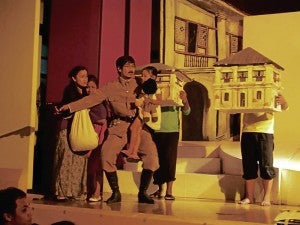 As we Filipinos go about our daily lives, we are often blissfully unaware that the streets we navigate had been the sites of massive devastation about seven decades ago, during the Second World War.

A lot of people lost their lives in bloody massacres. Whole city blocks were vaporized in a matter of minutes. An incredible amount of artworks, treasures, books and other manifestations of the cultural wealth of our country was lost forever.

Unaware of the destruction of the past, a number of our citizens have the impression that it is normal for urban centers to be so bereft of heritage resources, to be so stripped of meaningful connections with the past. Sadly, because we were not surrounded by heritage structures while we were growing up, we find very little use for such things, considering old buildings and other tokens of tradition as garbage that must be eliminated. 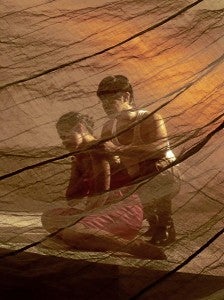 Writer Bambi Harper likes to point out that after World War II, many of the façades of the churches of Intramuros were actually still standing. Yet instead of rebuilding such revered edifices—the way many cities in Europe had done—top officials decided to bulldoze away the last vestiges of the historic core of Manila. Such lack of concern for heritage structures would have been unthinkable in other civilized countries. In the same way, foreigners are often unable to imagine how such an architectural jewel as the Jai Alai building could have been so insolently torn down with such haste—despite public protest—only for the site to be left idle up to this day.

Filipinos travelling abroad are usually surprised to find whole neighborhoods filled with stately buildings from another era. Even in such bustling places like Delhi, Boston, London, Paris and Florence, it is quite common to have street upon street of edifices which are several hundred years old, still well-maintained and vibrant.

We sometimes think this situation is amazing, not realizing that this continuity with the past is really the norm in much of the world. Sadly, it is Manila which is unique even in South East Asia for having lost so much of its heritage structures because of the massive damage of war, because of the effect of centuries of typhoons and earthquakes, tsunamis and volcanic eruptions, plus human neglect. 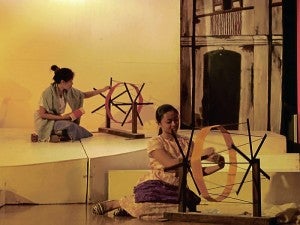 It is, therefore, a cause for joy when we happen upon places in the Philippines where the past is still cared for and very much present. One such place is Vigan.

Visiting this Unesco World Heritage city is truly a treat for those who have a longing for days of yore. It is probably the only town in the country where one can still see endless streetscapes of lovely old houses and shops. I recall sleeping in an ancient ancestral home in Vigan and waking to a vista of mist settling on tiled roofs. One feels transported, mesmerized by the strange tangibility of vanished worlds.

Inevitably, the question is asked: Why did Vigan survive?

The answer to this puzzle lies at the heart of a new play, “Babae ng Digmaan,” presented at the Meralco Theater on Sept. 10. The story of why Ilocos Sur’s gracious capital still stands intact is truly a magical tale, a narrative worth savoring. 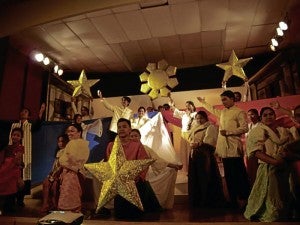 As in all such tales of magic, the circumstances have something to do with matters of the heart. Filipinos are used to stereotypical images of the brutality of Japanese soldiers during the Second World War. What is often lost among such trite images are the nuances of the many relationships which arose between the people of Japan and the Philippines. After all,  migrants from the Empire of the Sun have been living in the Philippines for a long time. During the War, even as there were instances of cruelty and violence, there were also moments of tenderness and compassion.

In the case of Vigan, two love affairs blossomed and bore fruit. The first was between Belen Castillo and Major Sakae Narloka. The second involved Adela Tolentino and Captain Fujiro Takahashi. So concerned were the Japanese officers for their wives and families that they would bravely defy their superiors’ orders to burn Vigan. All they asked for their acts of courage was that their loved ones be spared by the citizenry from the sad fate of others who had become intimately associated with the departing defeated former conquerors. 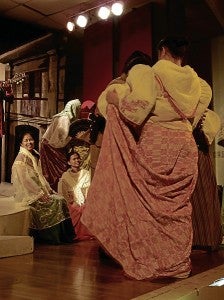 Working with his own script and with music by Ato del Rosario, director Sonny Cristobal, with the full support of Vigan Mayor Eva Singson Medina, has put together a fascinating production. It’s interesting to note how Sonny allows fabric to actively participate in the play. Among the features that add to the integrity of Vigan is the fact that its crafts industries are still very much alive. Weaving is one of the more prominent products of the city’s many craftspersons. It makes a lot of sense, then, that images of cloth and cloth-making would play important roles in “Babae ng Digmaan.”

In one scene, the women are seen busily spinning thread, while in another scene the elaborate costumes made from local textiles add character and color. Perhaps the most moving episode is a love sequence involving the two main characters carried out beneath a layer of finely woven cotton mosquito net cloth. This subtle enshrouding member makes the moment especially poignant, even while it is suffused with a languid eroticism. After all, the kulambo  or mosquito net has always been a well-known metaphor in Philippine life for marital relations.

Another noteworthy feature of the production is the fact that the cast members are all newly trained actors. A large number of them are, in fact, working in the offices of the city government. Their performances, while professional, also carry a certain freshness.

By the time one gets to the triumphant end, one cannot refrain, however, from thinking about what the celebration is really all about. After all, even as the Second World War ends, innumerable disasters and problems still await the fledgling Philippine Republic. Yet one realizes that this play is reminding us that there is certainly much to be grateful for.

One gives thanks that in places like Vigan, the horror of war could still produce a thing of beauty: a tale of how the sense of being human transcends race and prejudice, ambitions and intrigues.