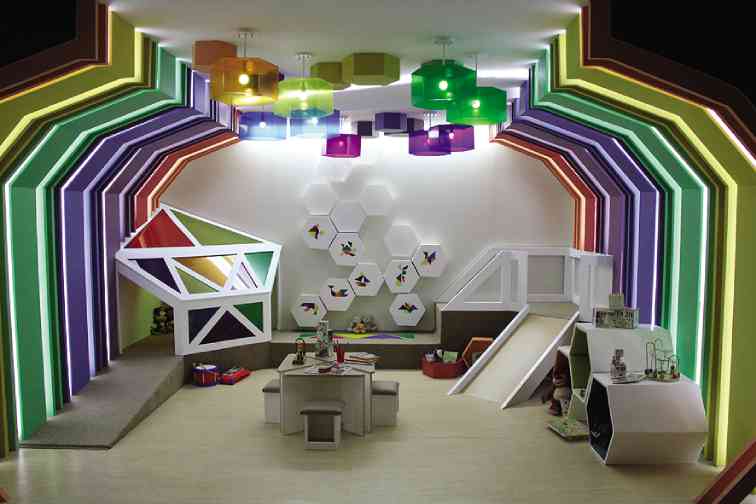 Interior design to the tune of OPM hits

For the first time in its 46-year history, the graduating class of the Philippine School of Interior Design (PSID), under batch adviser Edwin Enriquez, chose original Filipino music as its theme to produce 21 interior design vignettes dubbed as “Obra Para sa Musika” or “OPM.”

The students’ works are on display until the end of October on the third floor of Glorietta 3 in Makati City. Admission is free.

“Some songwriters have been known to get inspiration for their music from their surroundings,” said Enriquez, architect and interior designer.

“Music and design are two branches of art, and they are somewhat merged when a composer is inspired by a space. This made me think, can it work the other way around? Can the design of space be inspired by music or a particular song?”

Such is the main idea behind “OPM,” an attempt to merge two totally different disciplines. To give the event a nationalistic angle, Enriquez and his colleagues decided to narrow the students’ choices to Filipino music, from the kundiman ballads of Ric Manrique Jr. to newer pop songs by such groups as Parokya ni Edgar, Sugarfree, Urbandub and Kamikazee.

Even the songs of such popular and legendary Filipino acts and composers as VST & Co., Hagibis, Hotdog, Eraserheads, and more became sources of inspiration.

“Original Filipino music is so rich and diverse that it would have been incomplete had we limited it to OPM’s golden age in the late ’70s and early ’80s,” said Enriquez, an unabashed music lover.

Even the religious song “Sa’yo Lamang” by prolific songwriter Fr. Manoling Francisco became the source of inspiration for one group who did a minimalist prayer room set on an imaginary hill.

Another group was tasked to do a private dance studio inspired by “Ang Huling El Bimbo.” Since they couldn’t clutter up the room, they resorted to textured finishes such as a padded pink ceiling, Mondrian-inspired black-and-white mural and carved gold-painted trimmings that frame the huge mirror.

Like in previous years, students worked in groups of five or six. They then drew lots to determine what song and area of the house they would showcase. Each group worked on an assigned space measuring 20 square meters.

“I was thrilled for a  group which ended up picking ‘Bongga Ka ’Day,’” said Enriquez. “Since this group is composed of campus fashionistas, everyone was curious about what they would come up with.”

Composed of four women and a man, the group didn’t disappoint—it produced a walk-in closet-cum-vanity area of a supposed worldly fashionista who married well.

The group behind “Mamang Sorbetero,” for instance, drew elements from “dirty” ice cream by referencing a typical street scene in ’70s Manila, down to the gray concrete floor with a painted pedestrian lane.

In lieu of legs, pedicab-inspired chairs stood on bicycle wheels, while strings of overhead streetlights illuminated the ice cream parlor.

Doing a candy store set during the Christmas rush would have been the most logical move for anyone assigned to interpret “Kumukutikutitap,” a Christmas song composed by Ryan Cayabyab with lyrics by writer-director Jose Javier Reyes.

But the assigned group did it so well that you couldn’t help but stop and stare at its creation. The group wisely settled on a carnival theme, with a mini Ferris wheel and toy train by the store’s show window. It was bound to bring out the child in anyone.

Apart from drawing inspiration from songs, each group had to cater to the demands of an imaginary client. This gave the exhibit more diverse points of view, while allowing each group to focus on a make-believe individual with a story.

Not only was space limited, the students also had to deal with height restrictions. Since the mall didn’t allow tenants to hammer anything on the main ceiling, students had to set up hidden beams to support a series of faux ceilings.

These faux ceilings became the base for whatever fancy ceiling each group had in mind.