Joey Paras: ‘I am happy in theater; to become a star in mainstream films at 36 would be a bonus’ | Lifestyle.INQ ❮ ❯ 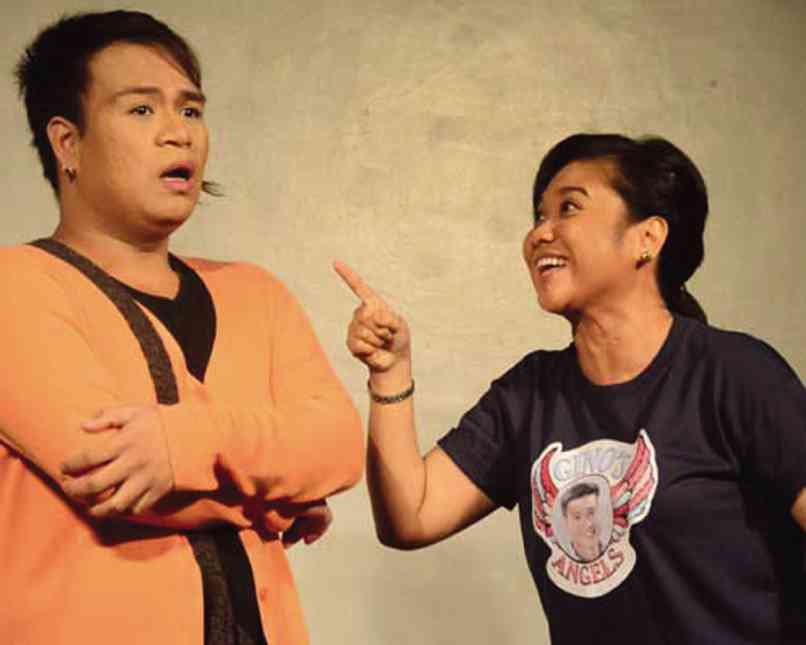 Joey Paras: ‘I am happy in theater; to become a star in mainstream films at 36 would be a bonus’

This is a super hectic week for actor Joey Paras.

He is shuttling between presscons and premiere nights for his first solo film, “Bekikang.” In between, he is answering interview questions on the set of his new teleserye, “Galema: Anak ni Zuma.”

And yet the guy remains unassuming. His launching film, he says, is a big gamble on the part of its director. “Hopefully the Midas touch of Direk Wenn Deramas will rub off on me,” he says.

Before his breakout into the mainstream, Paras was doing well in the indie-film circuit. He got a well-deserved best supporting actor award for the Cinemalaya film “Babagwa,” playing a small-time Internet scam artist. Paras’ character in Paul Laxamana’s film was a virtual tour de force—a product of a harsh life who must survive by any means, fair or foul. It was Paras at his acting best.

He exhibited the same first-rate acting in another indie film, “The Dance of the Steel Bars” as the gay dancer Allona who interacts with another inmate, played by Dingdong Dantes. The surprise dance number of Dantes and Paras had the sensitive resonance of the tango scene in “Scent of a Woman.”

A couple of years ago, Paras also got good notices for his turn in another award-winning Cinemalaya entry, “Last Supper No. 3.”

Through all the good breaks, Paras remains thankful for his theater background.

At age 17, he was taking up AB Communication Arts at the University of Santo Tomas when he passed the audition for a theater course in Tanghalang Pilipino, where he found himself under the tutelage of Nonon Padilla, Irma Adlawan, Gary Lim and Nonie Buencamino, among others. In time, he would join such TP productions as “Ang Ulo Ni Pancho Villa,” the “Noli-Fili” musicals, “Dularawan ng Pating” and “Country in Search of a Hero,” among others.

In all those productions, Paras—who says he knew he was gay at 4 years old—didn’t play a single gay character.

He would eventually portray one, to riotous results, as Didi in the 10-show rerun of the TP musical “Zsa Zsa Zaturnnah” at the Peta Theater Center. There, he was seen by filmmaker Veronica Velasco, who cast him in “Last Supper No. 3” along with JM de Guzman.

Last year, box office director Wenn Deramas saw Paras in the stage version of “Bona,” where the actor shared the stage with Eugene Domingo. Deramas, a director of a long string of blockbuster comedy films, thought there was something worth exploring in the promising actor.

“Joey (Paras) is a thinking actor,” Deramas says. “After watching him in ‘Bona,’ I knew he’d go far. I didn’t think twice about giving him a big break in the mainstream medium. I knew he was doing well in the indie genre.”

“I can vouch for the acting range of Joey because I see him as a genuine talent honed by theater,” Deramas adds. “I have a soft spot for stage actors. You get pure, raw talent in theater. There are many good souls out there waiting for their golden moments on stage and film. That’s one of the reasons I always get the services of another product of theater—Eugene Domingo. I do hope what I did for Vice Ganda [whose ‘Praybeyt Benjamin,’ directed by Deramas, became the country’s highest-grossing film] will work on Joey Paras.”

Paras didn’t confine himself to theater; at one point, he became the vocalist of a band called The Groove. Later on, with his own band called Dash, he performed around the country and abroad. But still, he couldn’t resist the call of theater—even if he says the stage is not an easy life.

“Theater has its joys as it has its heartaches,” says Paras. “Still, I think of theater as my very life until now. Without it, I will be clinically dead.”

Now that he is on the brink of mainstream superstardom, Paras is determined to stay true to his roots.

“I am basically a private person and a teacher,” he says. “My weekends will remain spent with my theater group, Teatro Expedicion de Filipinas, giving free acting workshops. My idea of acting that works? From my experience, acting with a sense of truth. The actor has to have a heart who can feel for everyone, not just for himself. I am happy being able to do my best in theater. To become a big star in mainstream film at 36 would be a bonus.”