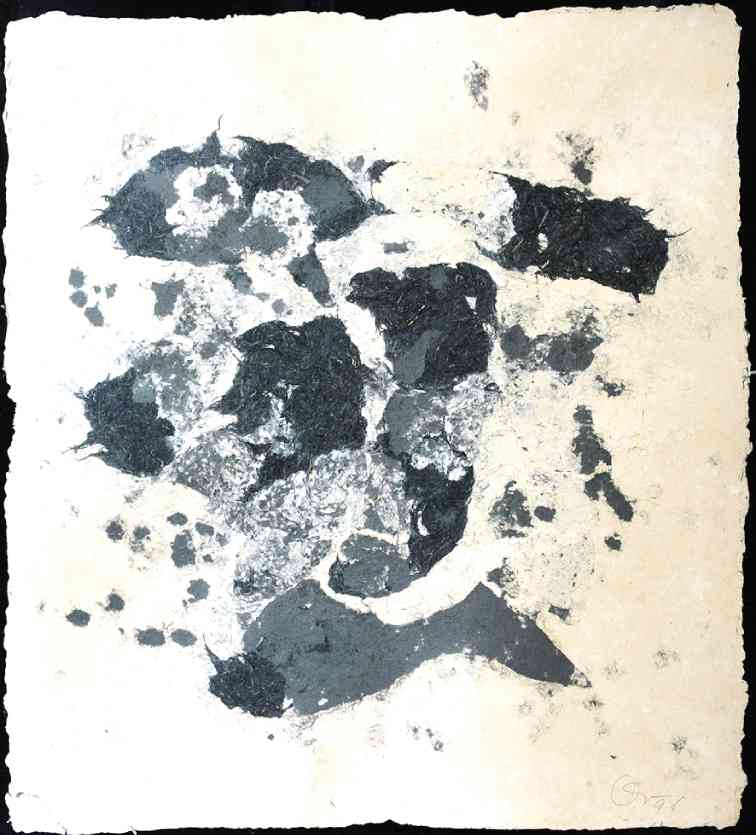 Olazo goes back to black-and-white

Showcasing a suite of recent paintings, Olazo returns to one of the themes that have endured in his multifaceted and long-standing art career.

The exhibitions presented a variety of styles and mediums like printmaking, tapestry, and Olazo’s signature styles in painting. It is but nostalgic for Olazo to go back to his first love and to the same venue almost two decades later.

For Olazo, the theme of black-and-white in painting poses the challenge to any artist to investigate and understand the strength and necessity of form in painting. Without colors and maintaining painting to its barest elements, it is a true test to any artist’s pictorial sense and vision, form and compositional structure.

Coupled with the new suite of paintings are important and rarely seen works from the artist’s studio that highlight Olazo’s foray into the theme and gives light to the artist’s development in the said theme.

“Romulo Olazo: Black and White Redux” will close with  an artist’s reception on Nov. 5, 6 p.m., at the SM Megamall Art Center.