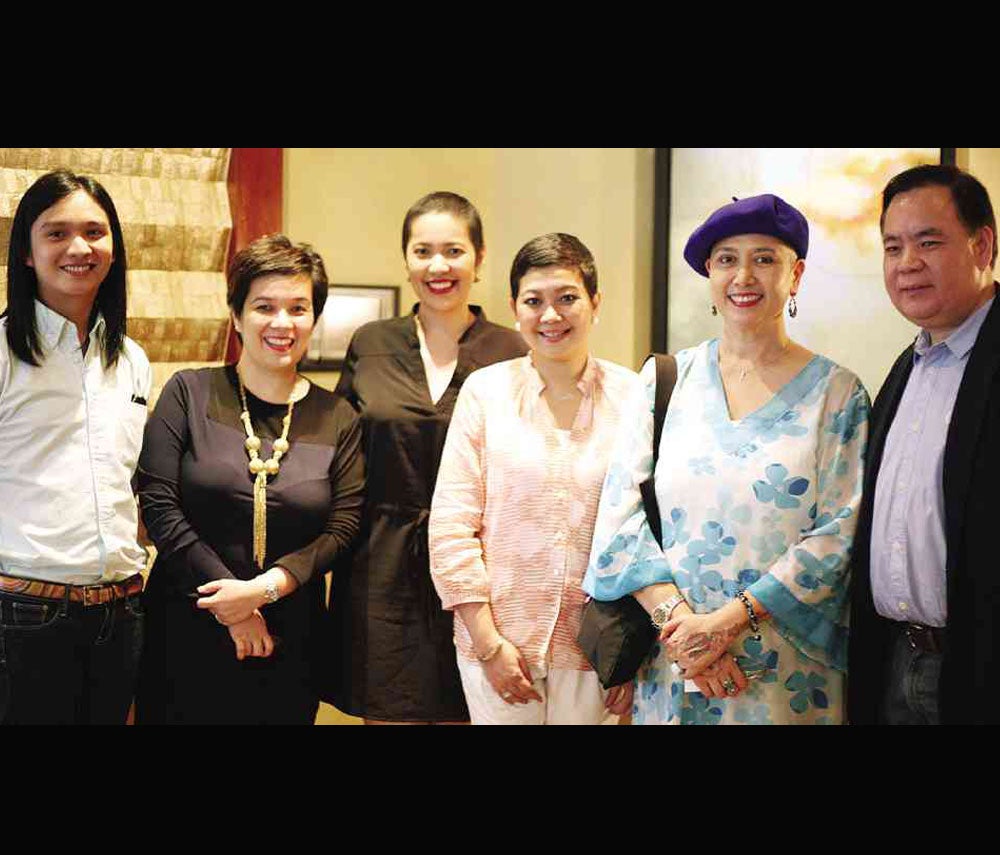 Each time the Breast Cancer Awareness Month of October rolls in, we are reminded of the power of the deadly disease through its grim statistics.

Surpassing lung cancer as the most prevalent form of cancer in the Philippines, breast cancer has the lowest survival rate among 15 Asian countries, as reported by Dr. Felycette Gay Lapus, president of the Philippine Society of Medical Oncology.

With so much loss and sadness associated with breast cancer, stories of survival and hope become all the more important to women who want to believe they have a fighting chance against the disease.

Three such stories came to light when Physiogel, the number one dermatologist-prescribed moisturizer in the Philippines (according to the Philippine Medical Data Index), asked Patty Balquiedra, Michee Cadhit and Alya Honasan to share their personal accounts on battling the Big C.

Having been exposed to breast cancer in her work as a veteran editor and journalist and through friends from the I Can Serve foundation gave Alya an idea of what to expect from the disease when she was diagnosed with stage 2a breast cancer last June.

Still, the edge she, Patty and Michee share over other women “is that we have the intelligence, resources and network to act on it. If a disadvantaged woman was diagnosed with breast cancer, she is, pardon my French, screwed,” declares Alya. “She wouldn’t know the first thing to do or who to approach. I think we’re all relatively lucky.”

Not to mention blessed with a calm and focused attitude. While each responded to her diagnosis the way any woman would, clarity also came soon after. Patty, who learned of her stage 2a breast cancer three months after the sudden death of her father, “immediately went into fight mode.”

“I wanted to know what had to be done, when and how. I wanted to work closely with my doctors and be as informed as possible before making any final decisions,” says the blogger, online entrepreneur and mom of two.

Meanwhile, mother of three Michee wept on the afternoon she was told by a radiology consultant of a “serious problem” in her mammogram and ultrasound a week before Christmas 2012. “But the sooner I accepted the fact of my diagnosis (stage 2b), the easier it was for me to move on,” says Michee, head of the customer service and international relations department of The Medical City. “My experience of having a special child helped me cope well. I feel that cancer is actually less serious than what I had gone through with my child.”

Indeed, since their diagnosis, these women have seen only the good of getting breast cancer. Losing a breast, the ultimate symbol of femininity, was “liberating” to Patty “because it meant that the cancer was gone,” she reasons.

“Cancer really changes your perspective. You count your blessings and you’re thankful for what you have. So, I may have one less breast, but at least I was cancer-free.”

Like Patty, Michee opted to undergo reconstructive surgery after her mastectomy using fat from her abdomen. “So na-tummy tuck pa ako!” she says with a laugh.

Losing their hair, a consequence of chemotherapy, was not a problem either. On the day Michee went to the barber to have her falling hair shaved, her husband and son had their hair shaved, too, as a sign of their support. “I was actually excited,” she adds with a giggle, “because I was looking forward to wearing different colored bandanas and hats.”

Alya, who is halfway into her chemotherapy, thus sporting a shorter (but no less more chic) ’do than Patty and Michee, is “tripping on my baldness. I’m not trying to trivialize it, because I know cancer survivors for whom losing their hair is the most difficult part. I guess it depends on you. It’s such a metaphor for what’s going on. You just have to forget about what’s superficial and accept it. I’m sorry to be irreverent, but if there’s a fun part to it, this is it!”

Strangely, it’s losing their eyebrows that proved most painful. “It’s a girl thing,” says Patty. “Having no eyebrows really changes the way you look.” To cope, she allowed herself a good cry “for 20 minutes. After that, I was okay.”

Michee, meanwhile, turned to a brow stencil. “In just a few seconds, you have brows and nobody knows they’re fake!” she says with a smile.

Perhaps the biggest challenge these women faced is staying strong for their loved ones—this, while dealing with the side effects of chemotherapy and the uncertainty of what the future holds for them. While Michee asked her husband to break the news to their kids, she took on the task of informing relatives who had already lost various family members to breast cancer.

“I didn’t want them to see any bit of weakness or vulnerability from me,” says Michee. “If you look frail and helpless, everyone around you will be affected and burdened by the way you look.”

Indeed, seeing the usually animated Alya knocked down by chemo’s harsh effects alarmed her family to the point that she was initially left to recover on her own. “Upon the advice of a spiritual director, I lightened up—and the change was immediate,” she swears. “If you saw my household during my first and latest chemo, it’s like a different place. At first, nobody was talking to me, they were all freaked out. Now, they can joke about my chemo.”

While the search for a cure for breast cancer continues, it’s reassuring to know that its treatment has improved by leaps and bounds.

Companies are also focused on creating products gentle enough for breast cancer patients to use.

Hypoallergenic and free from colorants, perfume or preservatives, Physiogel has been recommended by dermatologists as an effective and soothing moisturizer post-radiation. Patty has been a longtime user of Physiogel, “especially its cleanser,” while Michee says it helped ease radiation burns.

Of being associated with a product that offers extraordinary moisture, Alya says, “It’s nice to know you’re considered extraordinary because of something that’s perceived to be a crisis.” Imagine, she adds with characteristic candor, “if I didn’t get breast cancer, I wouldn’t be a brand ambassador!”