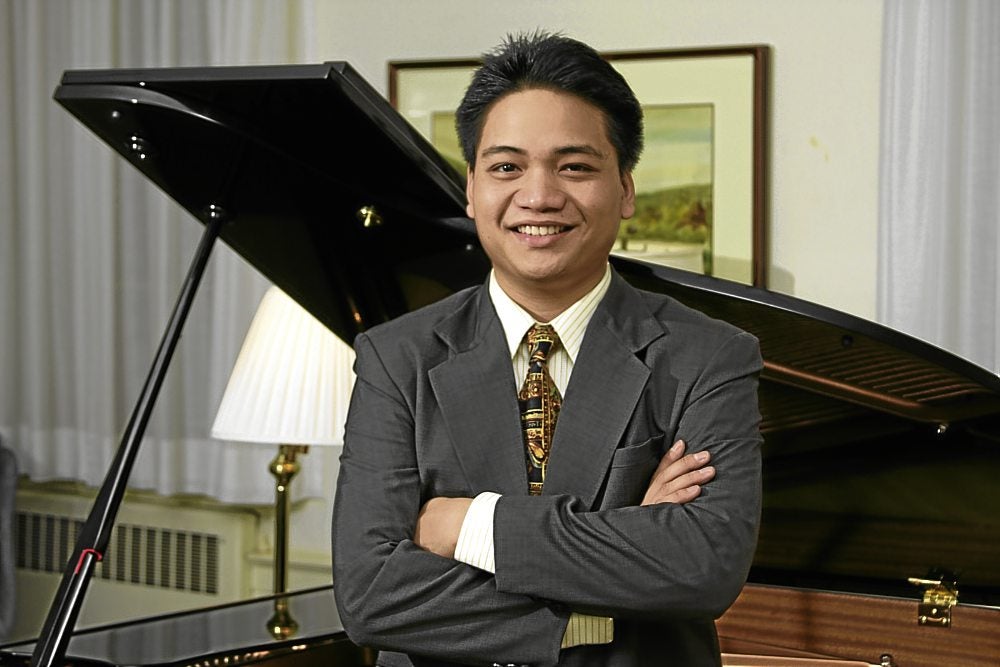 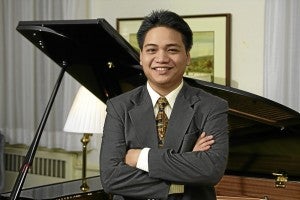 Piano music took center stage with the performances of two visiting pianists based in the United States: Rene Dalandan, now based in New York and a holder of a doctorate degree in Piano Performance from the Manhattan School of Music; and Clement Acevedo, who hails from Roxas City and has completed a Master’s Degree in Piano Performance at Temple University and is now working for another Master’s in Piano Pedagogy at Chester University in Philadelphia.

Dalandan’s rendition was prefaced with Liszt’s “Les Preludes,” a symphonic poem that FilharmoniKa brilliantly essayed. Salonga’s baton ticked with consummate frankness, bringing out the work’s dramatic import through the various sections of the orchestra: solemnity and majesty by the trombones, bassoons and stings; romantic tenderness of the cellos and violins; triumphant march of the trumpets and horns; rhapsodic gentleness of the horns and violas; and the tempestuous grandeur of the full orchestra at the concluding section.

Bach’s work provided a contrast to the otherwise bombastic ambiance spelled by the two other concertos and the symphonic poem.

Bach, however, sounded tentative. Dalandan played with a score. The ensemble was anemic, and the second movement was marred by imperfection. By all indication, the work needed more time for internalization.

Dalandan had kept his fingers strong and dexterous. He remarkably showed a big reservoir of strength in the Lizst and Khatchaturian concertos. His dramatic virtuosity was at work at once in the former opus expressed in the antiphonal octaves, and the exciting fast-paced passages toward the end. In Khatchaturian, he let loose more of his powerful tone and rhythmic drive. He disclosed brilliant finger work to bring out a virtuoso stance.

On the podium, Gerard Salonga was in close rapport with the pianist’s zest and fervor to truly end the evening with a bang, so to speak.

At the Mini Hall of the UP College of Music, a different mood was heard in the recital of Clement Acevedo, which featured Schubert as well as Chopin pieces. This time the audience communed with a soft, lyrical ambiance.

Noticeable was the pianist’s transformation: His pianism had become articulate and solid. First, he had shown a keen understanding of what he was playing, even annotating the works before he played them.

Schubert’s monumental Piano Sonata in A Major, D959, was etched with intense lyricism despite a cold start in the opening allegro movement.

Written in four movements, the sonata assumed epic proportion, which in itself was a challenge to the memory of the pianist. Clement surged with gusto, playing the entire piece with solid dispatch.

He played the two succeeding Chopin numbers, Polonaise-Fantaisie, Op. 61, and Ballade No. 4 in F Minor, Op. 52, with splendor. This time he was at complete ease, which allowed his playing with abandon, bringing in the poetic charm of Chopin’s pieces. The codas in both works, especially the last, were etched with aplomb.

The intimate audience had a grand moment of listening, ennobled by the grandeur of the featured works.