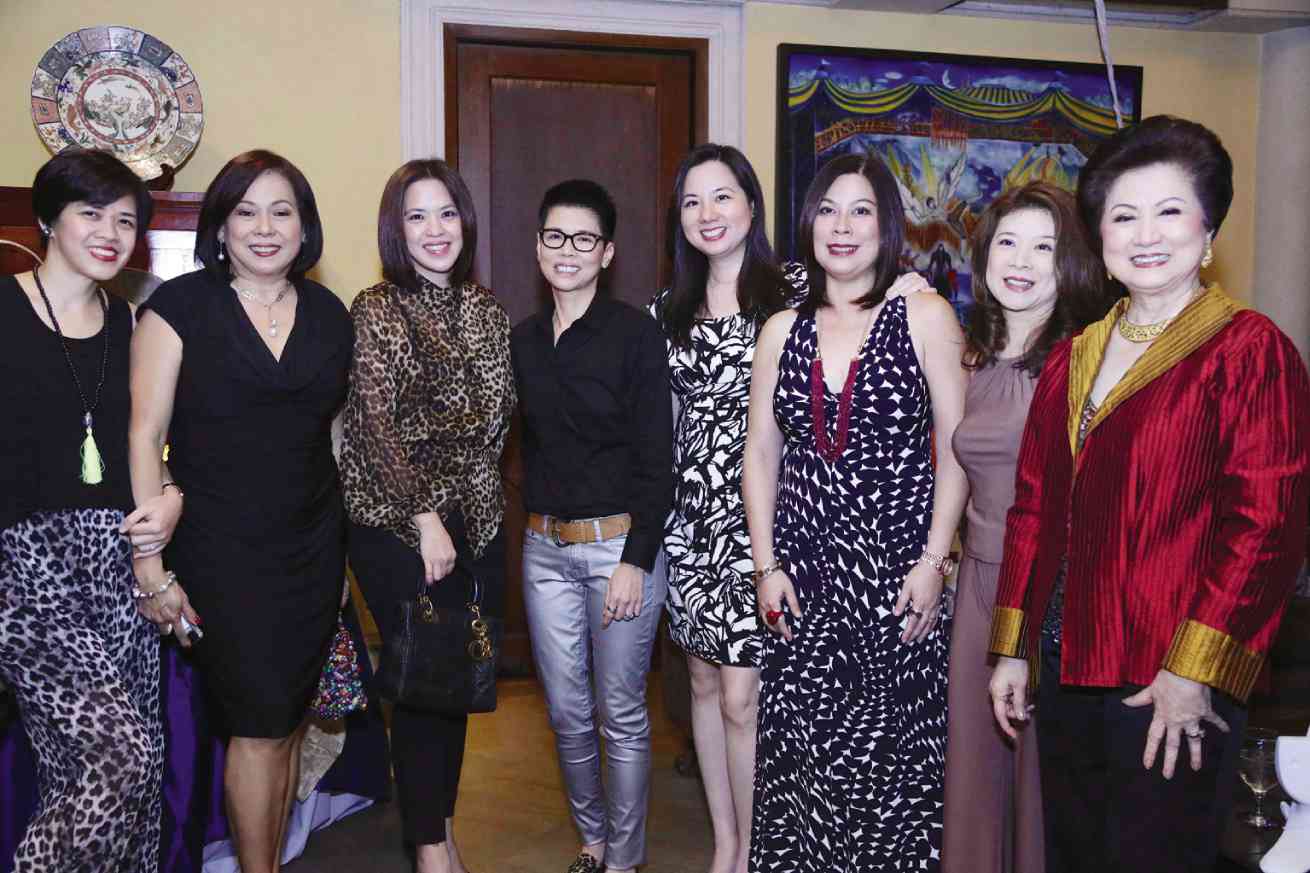 Which is more important—love or money? That’s the question many Pinoy struggle with these days amid all sorts of temptations and distractions.

It’s the perfect topic to explore on TV5’s latest drama, “For Love or Money” (FLOM) starring hot and hunky Derek Ramsay. I thought hosting a launch party for the show would be an exciting thing for all my girlfriends, especially when I added an American male stripper to the mix.

A few days before the party, Derek was a guest at the Red Charity Gala, where he generously bid for and won an auction prize, proceeds of which went to the earthquake victims in Bohol and Cebu. His seatmate, Cristalle Henares, seems to have spurred Derek to grab the Bali Package which included two Philippine Airlines Business Class tickets to Bali; a weekend stay at The Mulia Resort & Villas in Nusa Dua; Tumi luggage; and a Sun Life Plan.

Talk about giving back!

Derek arrived at the “FLOM” launch and gave me luxury soap personally made by his mom. He was accompanied by Ritz Azul, who plays his young wife in the TV series, and Alice Dixson, who portrays the “cougar” tempting Derek.

We showed the “FLOM” pilot episode to the guests and introduced the cast and crew, but it seemed my fellow cougars just wanted to have a solo photo with Derek. He patiently obliged; he must be so used to women swooning over him.

My lips are sealed

Like in all my parties, there were games and giveaways. This time, I also invited a purveyor of sex toys, The Pleasure Place, to set up their wares in a corner of my house. The Pleasure Place sells all sorts of naughty devices and seems to have sold out that night. To paraphrase my fellow columnist, Maurice Arcache, my lips are sealed as to who bought what. (The Pleasure Place store is at the corner of Makati Avenue and Jupiter Street.)

Wilma Galvante, TV5’s entertainment division head, and Jeff Remigio, Pilipinas Global Network’s head of operations, were quite impressed with the fun activities and hilarious games that made the “FLOM” launch party memorable.

Wilma was my mentor when I first joined the reality contest “Celebrity Duets” many years ago. She told me how TV5 is changing the television landscape with new programs that are bound to alter the public’s viewing habits from Monday to Friday.

The Kapatid network has announced that it is going “Everyday All the Way” with its programming boost. It’s making a brave move to “own” Thursday nights by introducing the never-before-done airing of two back-to-back, one-hour drama series with “FLOM” at 8 p.m., followed by “Positive.”

“Positive” is a landmark drama series that tackles the alarming HIV situation in the country, and is top-billed by Martin Escudero. In his most challenging role to date, Martin plays an HIV-positive man looking for the person who got him infected.

Recently, I was a contestant in another TV5 daily game show, “Let’s Ask Pilipinas,” which airs Mondays to Fridays at 7 p.m. I also made it to the finals, but lucky Alice beat me. Game show host Aga Muhlach is wonderful at keeping the energy level high throughout the show.

‘You are what you eat’

For love or money? I would personally do anything for food! Well, more so for dessert, but for those into wellness and weight loss, The Peninsula Manila has delicious menus that are so satisfying yet not too sinful.

Believing in the mantra that “You are what you eat,” Manila Pen recently launched its newly expanded “360 Wellness, Naturally Peninsula” vegan-inspired menu, a collaboration between the talented culinary teams of the hotel and The Farm at San Benito, one of the world’s foremost health and wellness resorts.

Sonja Vodusek, Manile Pen GM, said that menus would be available at the hotel’s outlets— The Lobby, Old Manila, Spices, Escolta, The Pool Bar and even via room service. She also presented me with the Manila Pen’s donation for the Philippine Red Cross.

Michael di Lonardo, The Farm at San Benito GM, noted that the chefs not only worked closely with The Farm’s on-site nutritionists and doctors, but also the chefs of its renowned Alive! Restaurant.

Alain Ducasse at the Pen

Food is resurgent at Manila Pen. One of the world’s greatest chefs, Alain Ducasse, is coming to the hotel! On Nov. 25, a charity dinner, “Youth with a Future,” will be held by the hotel with Ducasse Education and Enderun Colleges.

All proceeds of the dinner, auction and raffle will benefit the Culinary Center of Tuloy sa Don Bosco Foundation, an organization that provides shelter and education to street children. The Ducasse Institute Philippines have been assisting Tuloy Sa Don Bosco in its culinary programs at the organization’s campus in Alabang and at Enderun’s facilities in Taguig.

Another worthy charity event is the Festival of Trees on Nov. 14. Organized by the Makati Garden Club with Philippine Business for Social Progress, the annual fundraiser will be held at the Jaguar/Land Rover Showroom in Bonifacio Global City, Taguig.

Now on its 17th year, Festival of Trees has significantly helped raise money for development projects that benefit Filipinos. These projects include livelihood, educational and environmental programs nationwide. PLDT CEO Manny V. Pangilinan and Inquirer chair Marixi Prieto are among the charity’s major supporters. Since they are two of my favorite people, I will surely join them—in the name of love!