Stores Specialists Inc. (SSI), the company responsible for bringing into the Philippines such foreign brands as Gucci, Prada, Gap, Zara, Banana Republic and Marks & Spencer, among others, is partnering with the Philippine National Red Cross in sending relief packs to affected areas.

As a second stage of its assistance, SSI and other members of its corporate family such as Rustan’s and Shopwise intend to assist in the typhoon victim’s rebuilding efforts through Gawad Kalinga and Habitat for Humanity.

Elite Garments International Inc., the company behind such local fashion brands as Freeway, Ensemble and Solo, has designated all its Luzon branches as collection points for donated goods. Collected nonperishable goods would be sent to Santuario de San Antonio Church for distribution to affected areas.

For its part, the company’s chain of stores will donate to charity part of the proceeds from its three brands’ Special Collection series, sold from Nov. 18 to 25.

Since Suyen Corp. manages a nationwide chain of Bench stores, the company, including its employees in the Visayas, considers itself directly affected by Supertyphoon “Yolanda.” 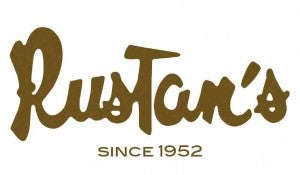 Through the efforts of Rep. Lucy Torres-Gomez, it has donated the entire merchandise in its Ormoc branch to charity. Company executives are unaware of what happened to its Tacloban branch, since a franchise holder is in charge of managing it.

It has so far also donated 1,000 pairs of rubber slippers to people in affected areas. In partnership with the Angelo King Foundation, it has donated P1 million for typhoon victims in Ormoc.

Cinderella Marketing Corp., the company behind the Cinderella chain of stores and foreign brands like Esprit, Mexx and British India, is donating unused clothes and a certain percentage of its outlet sale in its Glorietta branch from Nov. 27 to Dec. 1 to typhoon victims.

With Shangri-La’s Mactan Resort & Spa as the command center, and with the help of Philippine Business for Social Progress (PBSP), Philippine Navy and other local organizations, Shangri-La Hotels and Resorts has been assisting in bringing vital support to some villages in Daan Bantayan in the northern tip of Cebu and some 140 kms from Mactan, which was badly affected by the typhoon.

Recently, the team was able to distribute relief boxes to about 1,100 families from the barangays of Tinubdan and Dalingding. The resort has prepared and distributed donation boxes containing much-needed emergency items including basic food and water, batteries and torches. 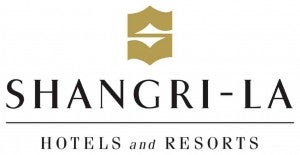 Shangri-La Hotels and Resorts has also launched a Bayanihan for the Philippines campaign to pool funds and donations to support typhoon-related relief operations and rehabilitation projects.

Royal Caribbean Cruises Ltd. has joined in relief efforts in response to the huge damage caused by Supertyphoon Yolanda. Since the storm, Royal Caribbean has taken steps to help Filipino crew members attempt to communicate with relatives in the Philippines, and matching contributions from employees dollar for dollar.

Royal Caribbean will be partnering with World Vision to provide broader assistance to storm victims. Contributions can be made online at www.worldvision.org/royalcaribbean. The company said its efforts to help the people of the Philippines would total $1 million.