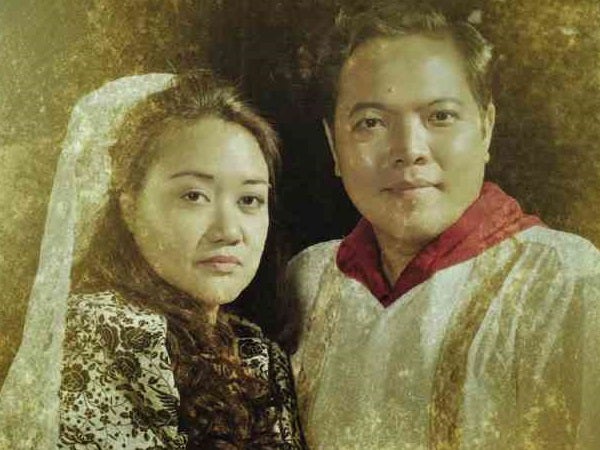 Don’t expect a retelling of history when you watch Chino Toledo’s opera, “San Andres B,” which opens Nov. 29 at the CCP Little Theater.

The production’s artistic team says the opera is about awakenings and coming of age—a reimagining of Andres Bonifacio as a hero of equal or even greater stature than Jose Rizal.

Explains librettist Virgilio Almario: “The life of Andres Bonifacio was just one of the means in which the heightened level of the Filipino’s personal and national consciousness from the time of the Propaganda until the establishment of the Katipunan could be presented.

“Bonifacio came to be the embodiment of the Filipino consciousness. He brought to fore issues pertaining to the situation of the Filipinos under Spanish colonial rule in relation to the abuses done by those in power, the unrelenting toil and unrewarding labor and the high levels of ignorance and illiteracy among the people. He wrestled with these thoughts and contemplated on how he can participate in the process of transforming the nation.”

So, how does one go about staging a reimagined Bonifacio through opera?

With less than two weeks before opening night, Floy Quintos says his new directing assignment is scary and nerve-wracking.

“On the whole, any opera is a challenge to stage, but ‘San Andres B’ is even more challenging because it is an untried work,” he explains. “Unlike other masterpieces of the world repertoire where the music and the plot are already familiar to audiences, this new work bears watching. For one, it is not a historical retelling of Bonifacio’s story. For another, it is not an opera in the classical mode. Nor is it a pop or rock opera.”

The libretto focuses on an ordinary man’s struggles to rise to the call of his times, to be a hero.

“It begins with his bodegero and Teatro Porvenir period and ends with the full unleashing of the Katipunan as a force for change. As a literary work for the stage, it is full of symbolism, image, metaphor—so befitting the style and language of a major Filipino poet.”

The cast has Dondi Ong as Andres Bonifacio, Margarita Roco as Gregoria de Jesus, Antonio Ferrer as Emilio Jacinto and Marvin Gayramon as Jose Rizal. The supporting chorus counts actors from Tanghalang Pilipino and dancers from Ballet Philippines. Accompanying the stellar cast is Grupo 20/21, a newly formed modular chamber music ensemble dedicated primarily to the performance of varied 20th- and 21st-century music of Filipino and Asian music artists and composers.

The music by Toledo, says Quintos, is unapologetically new, mixing both sung lyrics and recitatives within melodic lines that are fierce, jagged and challenging.

“The challenge is to stage a work that is so very different from the other Bonifacio pieces that audiences have seen or are familiar with. It is a work by two artists who are known for their uncompromising voices. The biggest challenge is not to water down their vision but to remain true to their voices, to make the audience, if not appreciate, then open their hearts and minds to the vision of both Almario and Toledo.”

In staging operas, Quintos says he tries to tell the story in the simplest and most human terms while showcasing the voices of the singers and the music. “Opera, unlike a stage play or even a musical, demands that the music and singing take precedence over the staging. Simplicity, a heartfelt humanity, a universal understanding of characters, motivations and intentions is what I strive for always.”

He is afraid that what he has learned from the Tchaikovsky and Verdi favorites may not apply to “San Andres B.” It’s different when you mount a popular opera and you know which arias are likely to be keenly monitored by both audiences and singers alike, he notes.

“If you are staging ‘La Boheme,’ it is a given that audiences will wait for ‘Mi chiamano Mimi’ or ‘Donde lieta.’ If it’s ‘La Traviata,’ audiences will wait for the high notes in ‘Sempre libera’ and the high drama of ‘Addio del pasato’ in the death scene. In other words, the music preconditions us. In fact, in many of the operas I have done, I take note of the major arias and tell the singer, ‘Stand there, feel every word, sing beautifully and you emerge a winner.’ Well, there is no such thing in ‘San Andres B.’ There are no instant buttons to be pushed by familiar music.”

So, his opening-night wish is for “the audience to greet this work the way Stravinsky’s ‘Rites of Spring’ was greeted—with riots, hisses, boos and bravos, with the audience torn between condemnation and praise.”