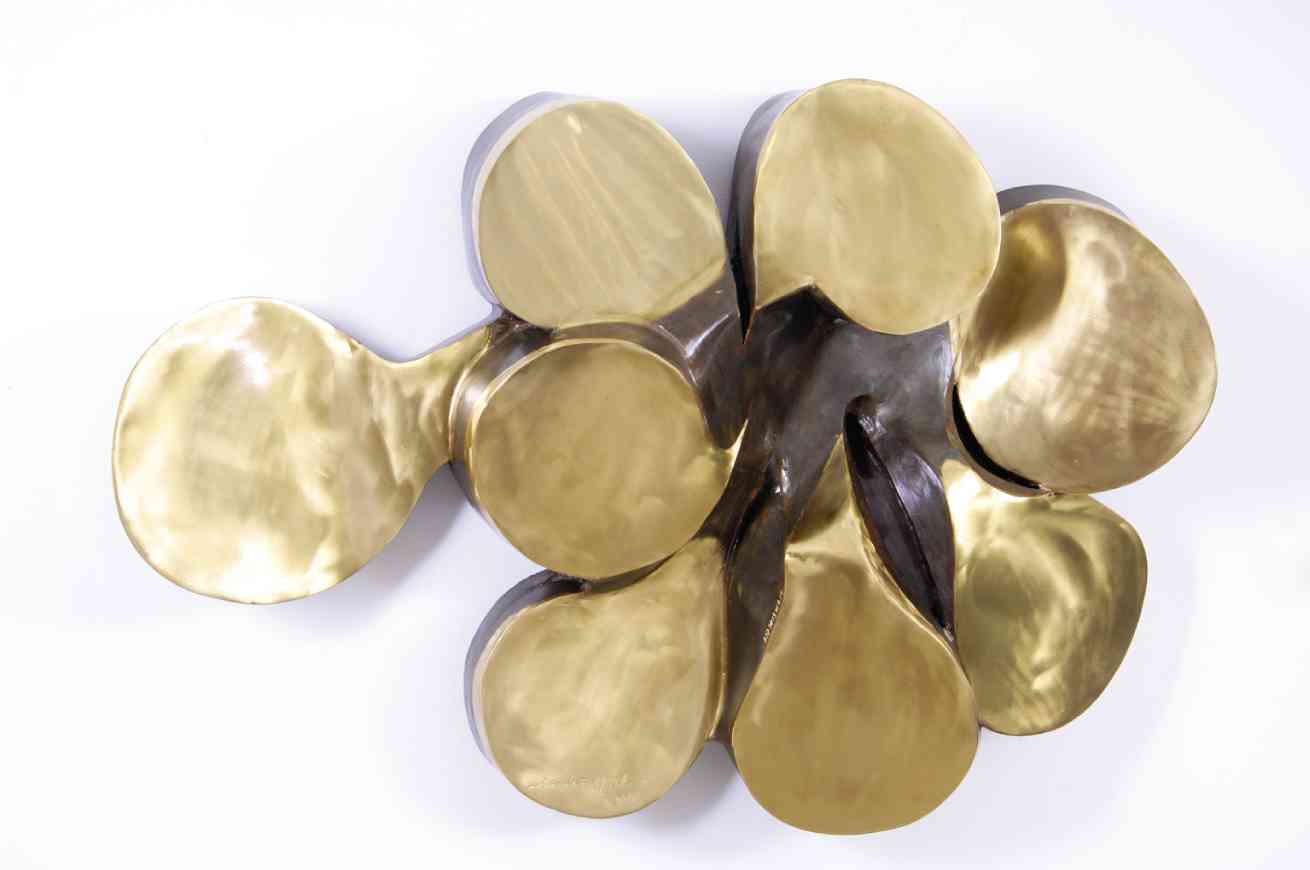 Great artists abound throughout the landscape of Philippine visual arts. But only a select few are masters.

One such artist is  sculptor Eduardo Castrillo. Although some of the young collectors of today may be unfamiliar with the name, it is certain that practically everyone is aware of his art—large, awe-inspiring monuments that are found throughout the country—and, indeed, across the region.

He  is the artist behind the People  Power Monument along Edsa, between Camp Aguinaldo and Corinthian Gardens. He also created the massive work of brass at the Pinaglabanan Shrine—and the Pieta outside  Loyola Memorial Park in Parañaque.

Outside  Yuchnegco Museum in Makati, his “Spirit of Edsa” stands as a proud reminder of that triumphant moment in history.

In short, Castrillo is everywhere. His works define national identity and give purpose to our rich history.

He is holding a one-man show at Galerie Joaquin—his first solo exhibition in over 12 years. “The Master: Eduardo Castrillo” features his rare smaller works of abstract sculptures.

There are two series. The first encompasses Castrillo’s skill in working brass. The artist’s technique of using and bending metal sheets to form abstracted constructs are employed to great effect. The works are smaller and abstract versions of his  monuments.  The abstracted metal are also uniquely organic in outline, as opposed to the angular, geometric form of later sculptural practices.

The second series marks a new direction for Castrillo, who is known for using the natural colors of the metals in his works. Called his “Kaleidoscope” series, these works are set in bright, bold colors in powderized paint, using the same tight geometric patterns that the artist is famous for.

“I love the physicality of sculpture,” Castrillo says. “The heavy duty labor that goes with  it and the challenges of taming the material, controlling the tough solidity of the medium and molding it into something fleshlike, lifelike.”

His process is  interesting, drafting  the concept  on paper before working on the assemblage.

Castrillo’s  ability to translate the initial draft into the final sculptural work is remarkable, with very little left in the transition.

This shows how focused the artist is at the very start of the project—and his attention to detail.

“I always find something in metal that makes me relate easily to it,” he says. “The creative experience takes on something like a gladiator in an arena, where he faces the opponent with a sense of trepidation, knowing that the opponent will not surrender without a fight. The challenge is there. And it is great.”

Then  there is something beyond the “physical combat” with the medium. The challenge assumes metaphysical proportions.

“A man,” he says, “must challenge himself to the limits of his being, his talent, his spirit and triumph over the most formidable of odds.”

Castrillo was born in Sta. Ana, Manila, in 1942 to a jeweler and draftsman father and a homemaker mother.

As a boy, he helped his father make the papier-mâché belen (Nativity scene) for Christmas. From his father, he learned the rudiments of volume and space.

Castrillo eventually found himself in the Fine Arts program of  University of Santo Tomas. After graduation  he  noticed as a serious artist with the installation of his works “The Virgin” at La Loma Cemetery and “Youth’s Cry of Defiance” in Fort Santiago in 1966.

He also found a political voice, joining the movement against dictator Ferdinand Marcos in the ’80s. Along the way, he picked up institutional acclaim, including inclusion in  the first batch of the Cultural Center of the Philippine’s Thirteen Artists Award in 1970.

Castrillo was the Philippine representative for sculpture to the 1971 Paris Biennial.

Castrillo has directed that part of the proceeds of this exhibit will go to victims of Supertyphoon “Yolanda.”