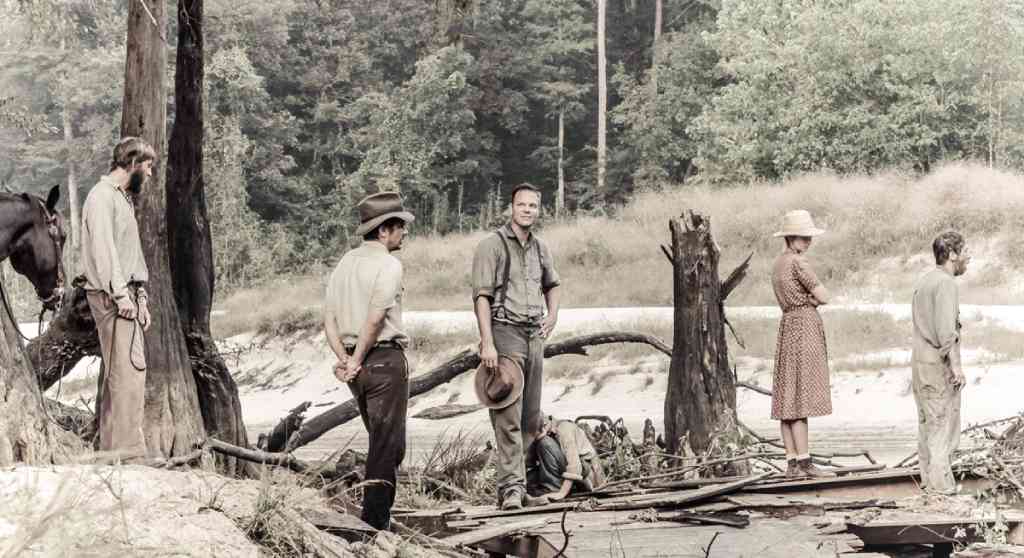 BUNDREN family traverses Mississippi countryside to bring the body of their deceased mother to her hometown for burial.

There is probably nothing James Franco cannot do. He is an actor, poet, author, teacher, screenwriter and director. He is a jack of all trades, and, arguably, master of none.

Now, after directing biopics on poets like Allen Ginsberg (“Howl”), C.K. Williams (“Tar”) and Hart Crane (“The Broken Tower”), he has taken on the challenge of adapting to the big screen William Faulkner’s 1930 classic, “As I Lay Dying,” which most critics have said was impossible to translate into film. It seems only Franco was bold enough to do the unthinkable.

The film is directed and written by no less than Franco himself (who also stars in it). Matt Rager is co-writer.

The story chronicles the Bundren family as they traverse the Mississippi countryside to bring the body of their deceased mother, Addie, to her hometown for burial. Addie’s husband Anse, and their children—Cash, Darl, Jewel, Dewey Dell, and the youngest one, Vardaman—leave the farm on a carriage with her coffin.

Each family member is affected by the matriarch’s death in a profound and different way. Their road trip to Jefferson, some 40 miles away, is disrupted by every antagonistic force of nature: flooded rivers, injury and accident, and a raging barn fire. But it is the personal turmoil of each character and the commotion brewing inside that threaten the fabric of the family more than any outside force.

Faulkner, born on Sept. 25, 1897, wrote “As I Lay Dying” in six weeks while working at a power plant. According to his literary legend, the author claimed: “I did not change a word of it.”

The novel was published in 1930 and was Faulkner’s seventh. Fifteen different characters narrate “As I Lay Dying” over 59 chapters.

Bringing the novel to the screen faced as many natural and man-made challenges as the Bundren family did: 25 days to shoot on a low budget; finding local actors in Mississippi; a dangerous water stunt in a running river; and the burning of a barn.

But before all that, the biggest hurdle was turning Faulkner’s complicated 56,000 words, 59 chapters and 15 different characters into 120 concise screenplay pages. That process took much longer than the six weeks it took Faulkner to write the novel.

James Franco comes from a family of accomplished writers and academics. His mother and father met at Stanford. His paternal grandmother, Marjorie, is an author of young adult books and his mother, Betsy Lou, is a writer and actress. Franco’s father was a Harvard MBA who ran a Silicon Valley business. “As I Lay Dying” was one of the first books he gave to his son James.

As Franco explains: “‘As I Lay Dying’ was one of the first novels I read outside of the high-school curriculum. It was a book that my father gave me, and I can remember spending a weekend reading late into Friday night and Saturday night when all of my friends were out partying.”

“It was a difficult book back then. Each chapter in the book is in the first person by a different character. Even though it’s very complicated in the way it’s told, it had a very simple structure. There was a journey that an audience could follow, and I thought that combination would allow for a good movie because you could have complexity, but it would be hung on a very clear through-line.”

Franco, however, was not the first one to thought of turning the classic novel into a film. Actor Sean Penn had planned to direct and star in it, and had Jack Nicholson in mind as the patriarch of the family. But things did not go as planned.

“So that was probably the first spark that made me start thinking, ‘this is something that’s possible,’” Franco said. “Years later, I started thinking about ‘As I Lay Dying’ again. So I started inquiring into the rights.”

Modern Library’s list of the best English-language novels of the 20th century includes “As I Lay Dying” along with “Light in August” (1925) and “The Sound and the Fury” (1929), all written by Faulkner. Faulkner won the 1949 Nobel Prize in Literature and two Pulitzer Prize awards for fiction. He also has a long list of credits as a Hollywood screenwriter, most notably the screenplays for “To Have and Have Not” and “The Big Sleep.”

His short stories and novels have been adapted into dozens of TV series, TV movies and feature films in the last 70 years, but not so much recently.

“As I Lay Dying” will be shown exclusively at Ayala Malls Cinemas nationwide starting Nov. 27.