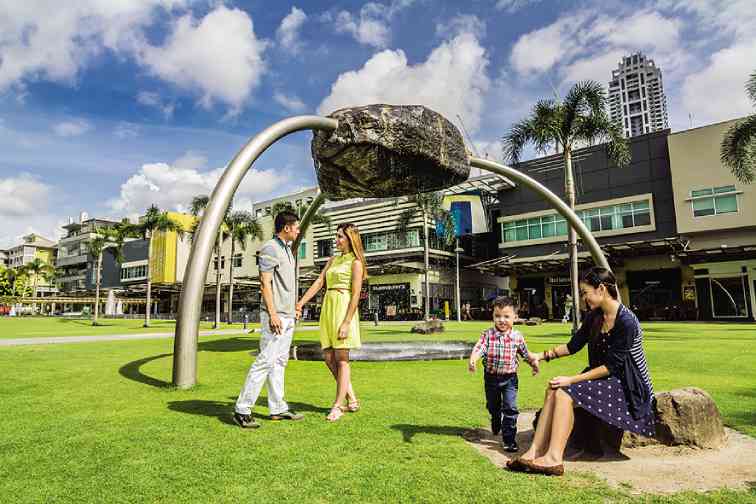 PASSIONFEST celebrates the 150th birth anniversary of Andres Bonifacio by bringing the town fiesta experience to the city.

Bonifacio Global City (BGC) pays tribute to Andres Bonifacio, the Filipino hero after whom the commercial complex was named, with this year’s Passionfest—a weekend fiesta that aims to make history hip.

Activities include a benefit run, sale, cultural and art shows.

Shops on BGC will also hold a Supremo Sale.

According to BGC arts program manager Monica Llamas, Passionfest will present Bonifacio’s life and Philippine history with a “modern twist.”

“We played around the Bonifacio theme to make families, especially kids, interested,” she said during the recent launch at Lorenzo’s Way restaurant in BGC Central. “It will have a fun barrio vibe.”

Runners are encouraged to come in their “Bonifacio best” and dress up in katipunero or Filipiniana gear. They will have to defend their “life flags” as Gwardiya Sibil chase them along the 5K race route. Obstacles await them in turns named after historical landmarks such as Pinaglabanan and Balintawak.

Prizes will be given to runners in the best costumes. A raffle will also be held.

Joining fee is P500 for adults and P150 for kids 5-12 years old, inclusive of race kit with Bonifacio’s trademark red handkerchief and loot bag. Special rates will be given to BGC employees and groups of 50.

“Boni-fiesta” programs will bring the town fiesta experience to the city. To join, guests should secure a Boni-fiesta Passport. This will be given to guests who have made a P150 donation, or made a  P1,500 single-receipt purchase from Nov. 29-Dec. 1 in stores and restaurants in Bonifacio High Street, One Parkade, Two Parkade, Bonifacio Stopover, Crossroads and The Fort Entertainment Complex. It may be claimed at the BGC Concierge.

Passport holders may join traditional games like palo-sebo, tumbang-preso, luksong-tinik and bato-bato-pik—all done in giant setup. After that, families may head to the Bisita Kusina food market for a snack of bibingka and puto bumbong.

The Mind Museum will serve as a town hall as it holds the Science sa Plaza program from 1-5 p.m.

Boni-fiesta continues on Dec. 1 with Parada de Kalesa at 3 p.m., where kids with passports can ride horse-drawn kalesa.

At night, chill with the “Kislap at Kutitap” concert in BHS Central. It will feature “Sandosenang Sapatos” children’s musical by Tanghalang Pilipino at 6 p.m., and classical performances by the Philippine Madrigal Singers and Philippine Philharmonic Orchestra at 7:30 p.m.

The Symphony of Lights annual Christmas décor contest among BGC buildings will also be launched.

All Passionfest shows are free.

For art lovers, The BGC Art Mart will be held Nov. 30-Dec. 1 at the Bonifacio High Street covered walkways. Drop by on Nov. 30 for the kickoff of the “150 Artists for 150 Years” sketching session by Moustache Creatives, and watch them paint live with Bonifacio as a subject.