NEW DISNEY film is based on Andersen’s longest and best work.

Directed by Chris Buck and Jennifer Lee, “Frozen” is a computer-generated film loosely based on Andersen’s classic tale. Lee wrote the script.

First published in 1845, “The Snow Queen” is the longest and most highly acclaimed of Andersen’s works. It is told in seven stories.

It starts with a magic mirror created by the devil that has the power to make people look at the ugly side of others. In an attempt by the devil to bring it to heaven to create chaos, it falls down and breaks, sending the shards piercing into people’s hearts and filling everyone with contempt.

Years laters, a boy named Kai and a girl named Gerda living near each other strike a wonderful friendship. But like the other people, one of the shards eventually gets into Kai’s heart and he soon turns cold toward the others and  Gerda. One day, he goes out missing when he is lured by the Snow Queen while playing with his sled. 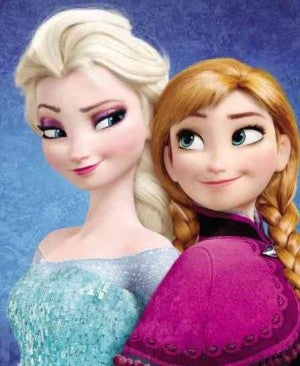 Ignorant of his whereabouts, Gerda grows desperate to find him. In her journey, she is clued in that Kai has been imprisoned by the Snow Queen, and so she sets forth to save him.

Unlike most of Andersen’s tale, the story does not end in tragedy and the two friends are able to get out alive.

Two sisters discover that one of them possesses an uncontrollable power to create snow and ice. Princess Elsa (voiced by Kristen Bell), who is gifted with the power, accidently hurts her sister Princess Anna (Idina Menzel) while they are playing in the snow.

Ridden with guilt, Elsa starts to live in isolation in her fear of hurting her sister again. However, Anna does not remember anything about the incident.

With the help of a newfound friend, and a snowman named Olaf, Elsa embarks on a journey to find Anna, who has been ostracized by everyone to keep her from hurting anybody.

Lee said the Disney version of the story started as a very simple idea about the power of family that usually developed into something grander.

“We wanted the movie to be both timely and timeless,” Lee said. “We were going for something contemporary that everyone would understand and we realized that fear is so often the very thing that gives us a negative outlook, that threatens our relationships. Every single scene, in its own way, supports our themes of family and love, and real love versus fear. And it’s fear that drives Elsa.”

Andersen’s “The Snow Queen” has long piqued the interest of Disney filmmakers dating back to Walt Disney himself. The idea, of course, was to capture the sentiment and themes of the original story.

One of Andersen’s tales sanitized and turned into a Disney film is “Little Mermaid,” which came out in 1989.

Opening across the Philippines in 3D and 2D on Nov. 27, “Frozen” is distributed by Walt Disney Studios Motion Pictures International through Columbia Pictures.