When you’re (not quite) there for each other | Lifestyle.INQ ❮ ❯ 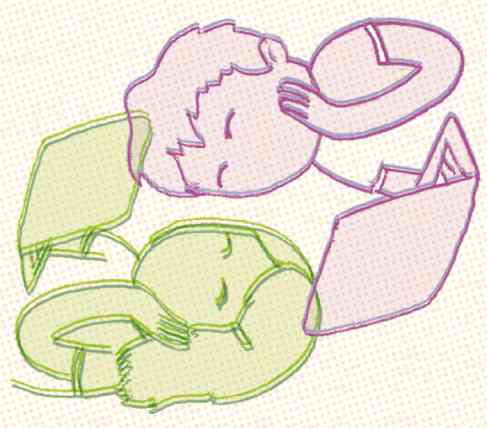 When you’re (not quite) there for each other 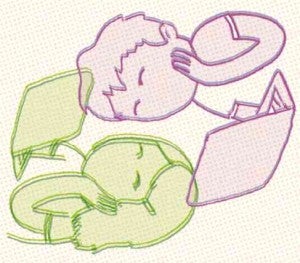 When it comes to romantic relationships, we all know the drill: boy meets girl (or boy meets boy, or girl meets girl) at school, at work, in a café, through a common friend. They hit it off, go on dates, get to know each other for weeks, months, even years. If all goes well, they fall in love and officially announce to the whole world (thanks to Facebook) that, yes, they are a “couple.”

Common logic dictates that to kindle that romantic flame and keep it alive, there must be constant communication between two people, coupled with the desire to actually, physically be with each other. But what if you and your partner decide to completely do away with physical presence? It’s not just a long-distance relationship; what if you and your partner have no desire to meet eye-to-eye—ever?

Matt, a teacher at a local university (he has requested that we do not publish his surname), is your regular Juan. Dressed in T-shirt, shorts and sneakers, he meets us in a small café. He talks candidly about his unusual relationship, which is now on its fifth year, despite the fact that he and his partner have never met in person, nor do they plan to.

“We don’t want to be bound by that assumption of physicality,” Matt says.

What they have is a “quantum” relationship, which borrows its principles from quantum physics, specifically, the quantum entanglement theory.

‘Spooky action at a distance’

A short science lesson: Quantum entanglement theory suggests that once two particles (photons or electrons) interact, they will remain “entangled,” such that any action on one particle will affect the other. For example, if particle A spins clockwise, particle B will spin counterclockwise, no matter how far apart they are. Albert Einstein called it “spooky action at a distance.”

Apply that to human relationships, and what you get are two people who need to interact only once to become “paired.” When that happens, physical presence is no longer required or desired. Time and space are immaterial; even if they are separated or don’t see or talk to each other, they will always be paired with and complement each other.

In the case of Matt and his partner, their first interaction happened through an online discussion forum on risk. Matt was researching disaster risk; his partner, financial risk. “And then we started talking about adobo,” recounts Matt. “So I shared my blog on adobo. We soon realized that we had a connection.”

Matt and his partner, whom he calls Attorney (yes, he’s a lawyer), have exchanged photos, so they know what they look like. They also know that they’re both Pinoy and residents of Metro Manila.

It took two years of continual correspondence online, and sometimes over the phone, before they finally labeled their relationship “quantum” in nature.

“We reached that point where we needed to define what we have, because it isn’t conventional,” says Matt. “For me, it was very serendipitous; I interpreted our relationship based on what was happening, and we agreed that we were in a quantum relationship.”

Now, they no longer talk online; they’ve restricted themselves to just using the mobile messaging application WhatsApp. Unlike in conventional relationships, they have avoided the habit of asking what the other is doing or where one is at any given time—trust, therefore, still plays a big role in a quantum relationship.

They don’t even need to correspond every day; the longest they’ve gone without communicating was three months.

“Because we believe in ‘spooky action at a distance,’ not communicating for long periods of time is fine, because we’re paired anyway,” says Matt. “When we do start talking again, it’s like we bend the time that passed—like it didn’t occur at all.”

Matt’s friends have mixed reactions about his “setup” with Attorney. “Some of my friends are inspired by our relationship; some have even said that they want the same thing,” Matt says. “I tell them, though, that you can’t go around looking for this; it just happens.”

He adds, “Some of my other friends are concerned; they ask me how I could be absolutely sure that we are exclusive to one another. I tell them that I don’t worry because I feel like we’re the same. We’re both very busy with our careers, so we don’t even think of spending our energy on anything else, much less a third party.”

Matt and Attorney have even added their own idiosyncrasies to the relationship: they never say “I love you,” but “I love us”; they can ask personal questions about each other, but it’s still the other person’s choice if he wants to answer or not.

They get creative in letting each other know where the other is. Attorney, for instance, once sent Matt a screenshot of his phone’s home screen. Matt saw that the time was different, which led him to look up different time zones; he soon came to the conclusion that Attorney was somewhere in the Middle East. Matt just sent a text: “Kumusta naman ang camels diyan?” Attorney’s simple response: “Hehehe.”

Meyeth Angat, a college counselor with a background in psychology, says that Matt is lucky that he knows what he wants in a relationship, or, in this case, what he doesn’t want. He doesn’t like taking the conventional route in anything. If he’s tasked to do something, he doesn’t do it by the book, or he adds his own spin to it. In relationships, Matt feels that the “normal” setup isn’t empowering for an individual.

“What’s important in any relationship is that, before you dive into it, you have to know yourself, because you cannot give what you do not have,” says Angat.

She adds that Matt and Attorney’s case may be unusual, but it certainly isn’t new. “In the past, we’ve seen this kind of setup—pen pals or phone pals who never got to see each other eye-to-eye,” says Angat. “What matters is that the essential elements are there for the relationship to work—open communication, trust, understanding and acceptance—and that it brings out the best in them.”

There is still that lingering question: What about intimacy—warm hugs and kisses? Don’t they long for it?

“I believe that intimacy is something that is mediated,” says Matt. “In our case, it’s only the medium that’s changed. Instead of being physical, we express our intimacy through bytes, kilobytes, terabytes. It’s really a meeting of the minds, which is one thing we really like. It’s an intelligent relationship.”

This doesn’t mean that Matt doesn’t dwell on what could happen should they meet in the flesh. Just recently, it almost happened: Matt was standing in line at a taxi stand when he thought he saw a familiar face. “I thought, yeah, that could be Attorney, but I didn’t check anymore since it was raining,” he says.

Attorney confirmed his suspicions a few days later, and admitted that he glimpsed Matt, as well.

“I believe there is a ‘tipping point’ in the relationship, and it will happen when one or both partners decide that, hey, we need to move to the next stage, or ‘transform’ the relationship,” says Matt. “The transformation doesn’t have to lead the relationship into the conventional setup; it could still be quantum. I don’t know yet for sure.”

And because there are no expectations, one can also just as easily pull out of the relationship.

For now, though, Matt and Attorney are happy where they are. They are still experimenting with and exploring what works for them.

“It’s like a project,” says Matt. “When we hit five years, we asked ourselves, ‘Should we end the project?’ And we decided that no, we’re not stopping.”