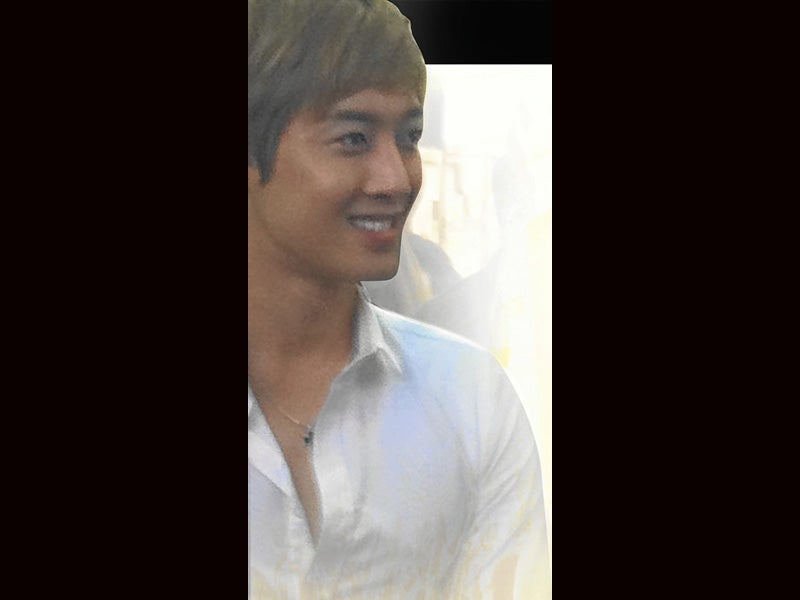 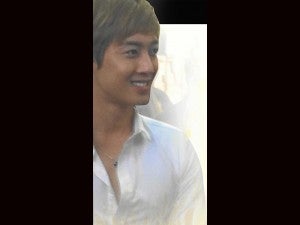 “The time when men have a simple skin routine is long gone,” said Korean “telenovela” and K-pop superstar Kim Hyun Joong, who was in town to represent The Face Shop.

On TV and in real life, Hyun Joong can make girls follow him around like besotted puppies. A simple smile thrown in their direction can induce sighs, giggles, and shrieks.

The Face Shop Asia Tour press conference last week in Palm Grove, Rockwell Club was like a scene from the Korean drama he stars in.  The event was mostly attended by girls who looked confident in their high heels and smart dresses, all vying for a bit of his attention.

He was quick to answer when asked what kind of a woman he likes.

“A woman’s worth is not based on her looks.  I look at her personality, and I want someone warm and funny who would keep me entertained,” he said in Korean when somebody asked what  he likes in a girl.

Much was lost in translation. He would seem to answer questions longer, but his interpreter would only give a one-sentence translation in English. Yet, despite the language barrier, he came across as candid and witty.

Kim Hyun Joong started out as the leader of the boy group SS50, but he went mainstream (at least on our shores) when he played Yoon Ji Hoo in “Boys Over Flowers.” He played another high school heartthrob in “Playful Kiss.” Made to choose between singing and acting, he gave a sassy reply.

“It would be tough.  It would be like choosing between your mom and dad,” he said. He earned applause for that, not for the words he spoke, but how he said it.  His tone remained even, but his expression made it seem like it was the most incredulous question he had ever heard.

Better than being ugly

“I don’t mind recommending Face Shop products to all men, because the time when men have a simple skin routine is long gone,” he said.

He twiddled his thumbs at the start of the one-on-one interview with Inquirer.  He looked this writer in the eye whenever he spoke, and never broke the contact. His skin looked smooth, but the lines of his eyebags were obvious up close.

He’s the first one to admit that he’s a workaholic and that he likes to be active.  Relaxing, for him, is playing soccer or any other sports, and not lazing around. He said that he still likes to do his own grocery.  He doesn’t mind the mob of girls that follows him around.

He didn’t even break a sweat in his coat despite the hot room temperature.  For the nth time, he sported a new hairstyle.

“I can’t keep track of all the hair products I use on my head,” he said. “I dye my hair a lot so I need to use a lot of treatment products.”

He loves Korean food, but the first thing he does when he gets to a new country is try out the local cuisine.  He said, however, that the only thing he had tried in the Philippines was a variation of fried rice.

“I bring my iPad with me when I go on a business trip,” he said. Then, with a deadpan expression, he added, “On a leisure trip, I bring money.”

The cheeky answer made this writer and his posse laugh.  He looked around smiling, and in all seriousness, added, “But it’s true.”

His looks make him stand out in any group, but it’s his wit that charms everyone he meets.