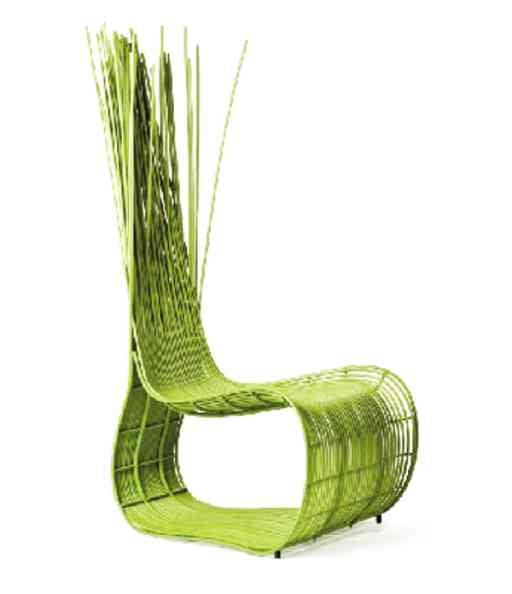 Most copied is the ‘Yoda’ chair; NBI team also swoops down on Market! Market!

Kenneth Cobonpue sounded excited on the phone, like a fisher who finally felt a tug on his line.

The multi-awarded Cebuano furniture designer and manufacturer has just received the news that fake Cobonpues—imitations of his designs—had been seized by the National Bureau of Investigation from Market! Market! at The Fort, Taguig City.

It was an especially favorable day for Cobonpue, who has been hot on the trail of merchants brazenly selling alleged knockoffs of his designs for the past four years. These merchants, said Cobonpue, not only openly display fakes, but also rip off photos from his website and post the images in their product catalogs.

The copied designs carry the names of the original Cobonpues and, when customers ask, the storekeepers readily admit they’re selling imitations,

The NBI confiscated imitations of the Dragnet lounge chair, Mermaid chaise longue, Noodle easy armchair and Voyage daybed from CMG Rattan Furniture at the 3/F Home section of Market! Market! The store is owned and operated by Nenita Co. Co, who was not in the store at the time of the raid, did not release any statement.

Cobonpue said for the past four years, his lawyers have been sending notices to shops and distributors selling fake merchandise. More than half, he said, came to the table and signed an agreement to stop copying or selling knockoffs. The management of CMG Rattan Furniture, however, has been repeatedly ignoring the notices.

“CMG ignored every chance to meet and did not acknowledge the notices at all. We’ve been writing to them for about two years already. They know it’s a violation. Our undercover says they admit they’re selling copies,” Cobonpue said.

He should know. He had to buy a few pieces himself, to submit as evidence for the investigation. “It felt bad to spend for it, but it had to be done,” he

“We would not have pressed charges if they cooperated, apologized. It would have been okay,” said Cobonpue. He added that some companies who copied his designs abroad immediately pulled out the fake merchandise after the first notice, and often that is enough for Cobonpue. His most copied design, he said, is the Yoda chair.

CMG Rattan Furniture was selling the allegedly fake Mermaid chaise longue for P6,500. In the US, the original costs over $3,000. Storekeeper Beth Daligdig, who has been employed with CMG Rattan Furniture for the last five years, said she has seen the alleged Cobonpue knockoffs in the store since Day One. She said the imitations are sourced from Pampanga.

“This is a Filipino product—from concept to design to execution. People always think it’s an expensive process, so a lot of companies don’t go for it. I hope this will start to encourage Filipinos to create original designs and protect them. We will go after them slowly. We will be watching,” Cobonpue said.