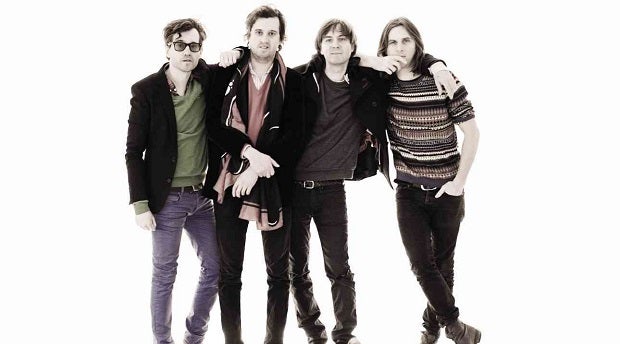 With “Bankrupt!,” this trademark sound is still evident, but this time with more tension in the music. It signals the band’s comeback after a four-year break.

The 10-track album is considered by many as a self-reflective commentary of the band’s post-success experience, with narratives describing the pros and cons of life on the road.

The album opens up with “Entertainment,” an Oriental- sounding, highly energetic track that describes the self-awareness of commercializing art.

Another track is “S.O.S. in Bel Air,” an upbeat, seemingly jolly song which turns out to be about the lonesomeness of guest-list-only parties and the longing for an escape from high-society banality.

“Trying to Be Cool,” on the other hand, is a slower song compared to the others.

The album wraps up with “Oblique City,” a catchy tune with cymbals and synths that asks if there is anything more to life than all the luxuries they experience from city to city as a consequence of being a famous band.

Even in previous albums, the lyrics of Phoenix songs tend to be likened to a collage, with words put together in an order that would seem strange on first listen. It’s also the case in “Bankrupt!,” but here there’s a clear sense of moody distress.

Loneliness seems like a recurring theme. “I’d rather be alone,” concludes Mars on “Entertainment.”

“I’m not gonna do this alone” is heard in “Oblique City.”

The album gives an insight into the sentiments of this post-millennial band that is cohesive throughout. The album is a hit, and a good number of reviews attest to that.

The concert is a production of Karpos Multimedia and co-presented by Fox and Starworld.