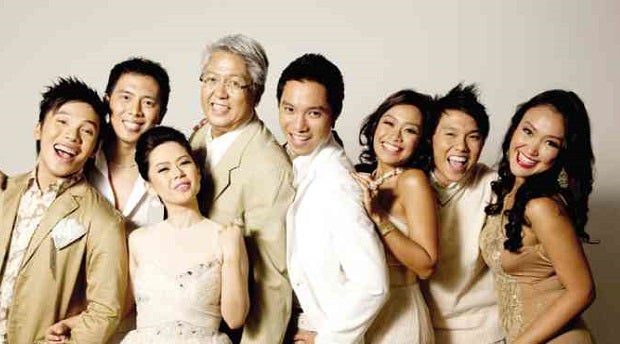 THE RYAN Cayabyab singers will bring glad tidings of Christmas to mall patrons.

Malls make Christmas a season of joy and giving

Robinsons malls are giving its patrons a variety of holiday treats, including “spectacular music and magic,” to help them enjoy a truly sparkling season.

The dazzling décor, including sparkling, towering trees, elegant Christmas lights and magical displays of fireworks, are expected to delight shoppers of all ages.

At the recent media launch of Robinsons malls’ holiday lineup, several trees featuring unique designs were showcased “as a preview of what the season will be like at Robinsons,” said Roseann Villegas, RLC’s director for corporate public relations.

Aside from the sparkling trees, atriums of all Robinsons Malls will be adorned with elegant wreaths. And each mall will feature a different Christmas tree. Robinsons Magnolia, for instance, gets a tree befitting its name. The 35-foot tree, while decked in traditional red, green and gold, will also feature beautiful red magnolias.

It will be a white Christmas at Robinsons Place Manila. The 32-foot tree will be adorned with white, blue and purple poinsettias; beads, berries, balls and glittery ribbons.

Pink poinsettias will adorn the 80-foot Robinsons Novaliches tree that will stand at the open parking area.

Robinsons Starmills hosts for the sixth year the Giant Lantern Parol Festival, which will have its awarding ceremonies for the Best Giant Parol on Dec. 14,

But Robinsons malls are not just making Christmas a season for glitter and sparkle, but truly a time for giving and sharing. Christmas Trees of Hope stand in selected malls to give shoppers a chance to extend a little help to the victims of Supertyphoon “Yolanda” in Samar and Leyte.

For RLC, the gesture is not something being made by an outsider moved by the devastation wrought by Yolanda. Tacloban City, Leyte’s capital that seemed to have borne the brunt of Yolanda’s fury, hosts a Robinsons mall and a branch of the Go Hotels, both fairly new.

Employees of both establishments are among the city residents trying to rebuild their lives after the severe natural calamity.

For P100, a shopper will get an ornament they can hang on the Tree of Hope. The ornament will have a card for the donor to write his/her name on.

The Christmas Tree of Hope donation drive is in partnership with Serviam Foundation.

Also on the holiday calendar is the Australian production of the fairy tale wedding of Cinderella and Price Charming. Photo booths will allow everyone to have souvenir photos with Snow White and the Seven Dwarfs, The Little Mermaid, Sleeping Beauty and Cinderella. The show will be brought to different malls.

Also visiting the different malls is Santa Claus, who will hold meet-and-greet sessions.