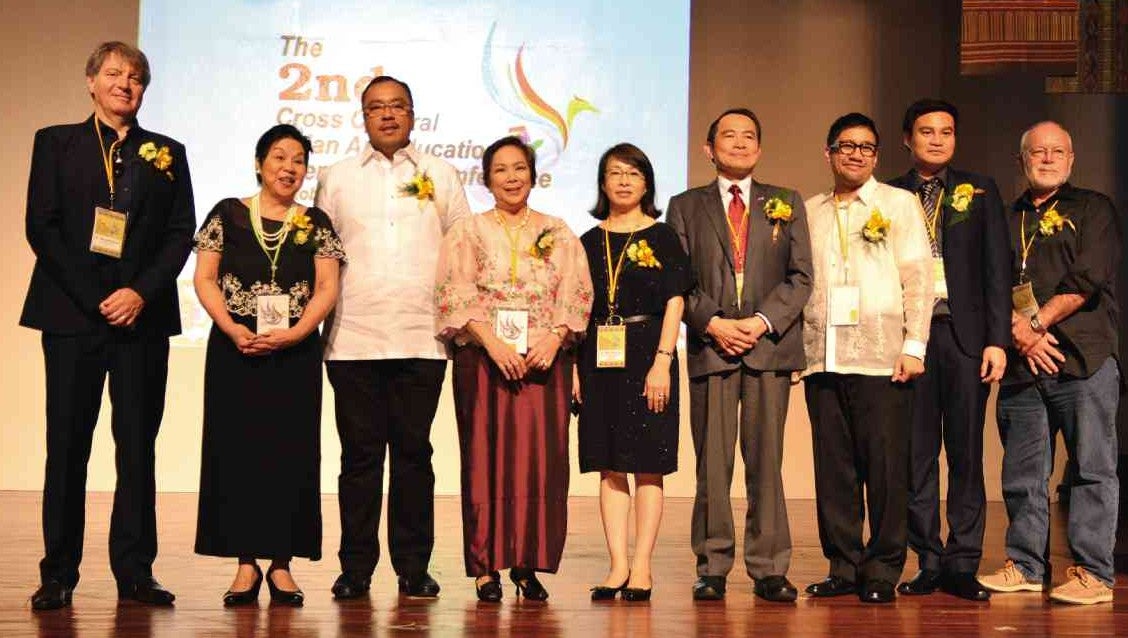 In what communication scholar Henry Jenkins coined as “convergence culture,” media content flows freely from one  culture to the other: Journalism’s most recent melding with share-oriented new media could be cited as one example. It paints the quintessential McLuhanesque picture of the global village, where every bit of information is at arm’s length, and almost anyone can help shape in its creation.

Similarly, art, education and communication are apparently crossing boundaries: Creativity appears at the top of Benjamin Bloom’s revised taxonomy, emphasizing the shift from following what is “right,” to creating one’s own path, perhaps attained through art and communication.

Cognizant of the importance of art in education, academics gathered for the second Cross-Cultural Asian Art Education (CCAAE) International Conference  held this year in the Philippines at Miriam College (MC). The conference had many participants from around the Asia-Pacific region, as well as one speaker from France.

Samuel Leong of the Hong Kong Institute of Education noted the blurring of the lines between the consumer and the producer with the advent of technologies, hence  “prosumer.” This sort of person tends to seek more adventure and co-creation; this in turn emphasizes the need for integration of the arts into the curriculum.

Bernard Darras of the University of Paris-Sorbonne analyzed  images from the media from a semiotic perspective.

Filipino writer Angelo “Sarge” Lacuesta gave a talk on the narrativity of Facebook. He noted  it was ironic that Filipinos were not a reading culture, but when immersed in the social media, they were steeped in text. This text, however, was malleable, based on how people want to be perceived by others; identities online were not necessarily identities in real life. Ultimately, Lacuesta asked a question related to “Don Quixote” and Harold Bloom: “Do we know who we are?”

Lertsiri Bovornkitti of Srinakharinwirot University, Thailand, noted how art tended to be used more and more for therapy.

University of Santo Tomas  Fine Arts dean Cynthia Loza  discussed the Internet portal used in UST,  eLeap and Blackboard. Loza said she had developed a tool that taught traditional Filipino folk art through the use of these platforms, which had recently become share-oriented spaces and  used alongside Facebook and blogging platforms like WordPress.

Toward this goal, she and her students (some with disabilities) produced a video, with an inset that explained, through sign language, what the people were saying.

Christine de Vera of Miriam provided a critical perspective on the Lang-ay Festival of Bontoc and showed how “tourism impacts representation, production and consumption of the festivals.” She lamented that the introduction of battle of the bands and gay beauty contests overshadowed the culture of the place.

In a more celebratory note,  Miriam faculty member Aleli Sevilla said  the Philippines was known as a festival country, boasting of around 200 festivals. Sevilla gave a general framework for the clustering of festivals: agricultural, religious and seasonal festivals. She concluded that festivals were cultural rituals arranged by the community for praise.

Dean and conference convenor Lourdes Samson of Miriam said the conference charted the trends in art education. She disclosed that Korea would host the next convention.