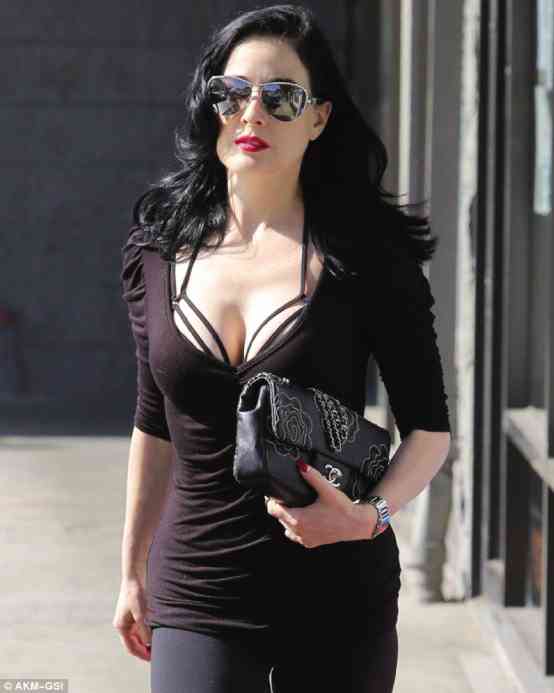 Don’t cringe the next time you come face to face with a woman and a good section of her bra is showing. It may not mean she’s sloppy or, well, skanky. Likely, it’s more of a case of her underwear designed to be exposed.

Surely some may balk at the idea of the visible bra trend. It isn’t exactly new, but it has been truly prevalent this season, with celebrities from Rihanna to Gisele Bundchen flashing the world with their underwear. The trend was all over the runways.

Inspired by bondage fashions, La Senza recently unveiled its new Beyond Sexy collection with lacey, bejeweled, strappy little numbers that are meant to be seen. These daring styles welcome the world to the woman’s boudoir: The message is, it’s okay to look, they’re created to be seen.

Actress Eva Longoria recently appeared on the red carpet wearing a long black number by her designer-friend Victoria Beckham. The dress had a sheer sleeveless top that boldly showed off her lacy bra underneath. If you don’t look close enough, it’s as if the lacy straps came with the dress. It looked organic.

The biggest (strip) tease of them all was even spotted sporting the trend on the street. Burlesque star Dita Von Teese was photographed not in her signature vampy ’40s style, but in leggings and a casual stretch top, its scooped front proudly displaying her multi-strap bra.

Let’s not get started with pop stars Lady Gaga, Rihanna and Miley Cyrus, all serial underwear flashers, on stage, on the red carpet and elsewhere.

Beyond Sexy is one of La Senza’s four main lines, and features gel padding that lends that desired enhanced cleavage. This season, they’re done in metallic lurex and lace with naughty little rhinestone accents. They come in hues of gray and purple, the season’s hottest colors. 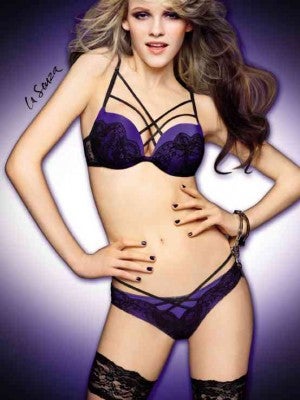 La Senza also has BodyKiss, featuring cushioned underwire and comfort as its main selling point. Hello Sugar! is the line for modestly endowed women who dream of adding two full cup sizes to their form. It provides generous lift, but has a lightweight foam that doesn’t hold down its wearer, according to Bobeck Burias, La Senza’s brand manager.

Its best-selling line here, however, is The Show Off, which has animal prints, neons and jewel tones.

La Senza, a Canadian lingerie brand, is owned by the same company as Victoria’s Secret. Suyen Corp. (Bench Group) is its franchise owner in the Philippines and is sold at 16 boutiques.

If you’re still wearing the bras you bought two, three years ago, you might want to rethink your bra-shopping habits, says Burias. Bras typically sag and lose their shape in six months, so it’s just prudent to replace them every so often. Sagging, misshapen bras are not for showing off, and they definitely won’t do you any favors.